Brooks simply cannot help himself. He's relentless. You just know he watched all of that drama unfold from afar yesterday with a shit-eating grin, plotting his opportunity for him to pounce and cash in. Probably laid his head on the pillow thinking about all the ways he was going to get a dig in at Bryson today.

He cashed in in a big way. He got the interview because he birdied the last 3 coming in to jump into contention, but I'm confident Brooks would've sought out and offered to do an interview either way. It was so blatant and not even thinly veiled, you just know he had that prepared going in. I mean look at this smirk. 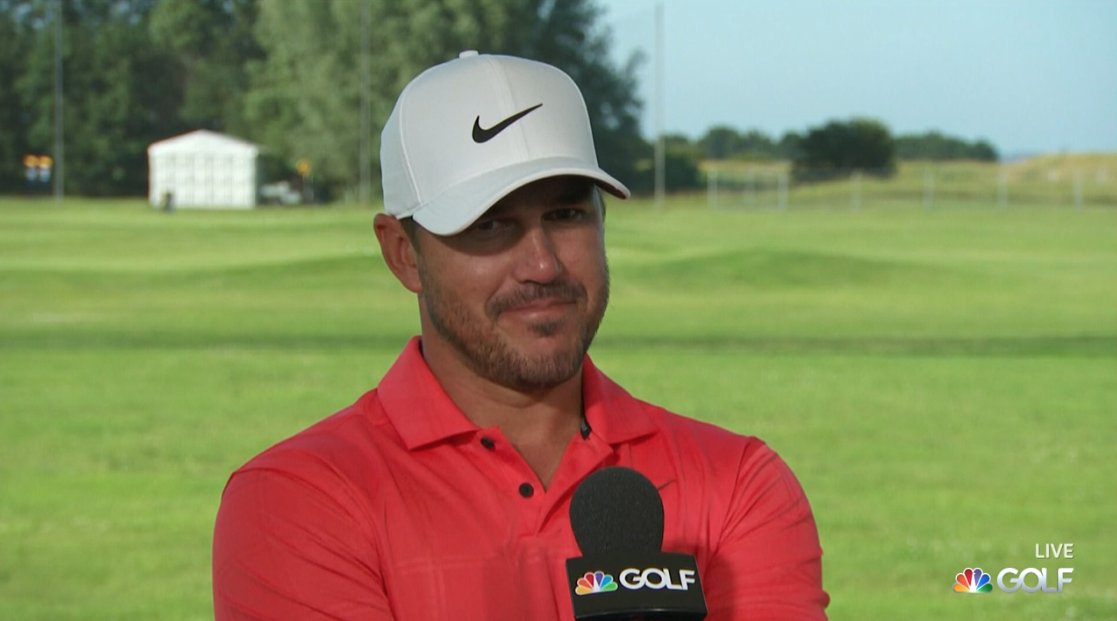 And you know what? I don't even care. It's a great chirp. Throwing in the comment about owning his own swing was just the cherry on top. Plus it's pageviews city for everybody involved, including me. This feud continues to rage on in spite of it becoming more and more one-sided, and myself and Brooks continue to cash in. It doesn't feel like Bryson will respond, but it also feels like Brooks isn't stopping anytime soon so something has to come to a head at some point right? Right???

I'll be here waiting for the next chapter in this tremendous saga.