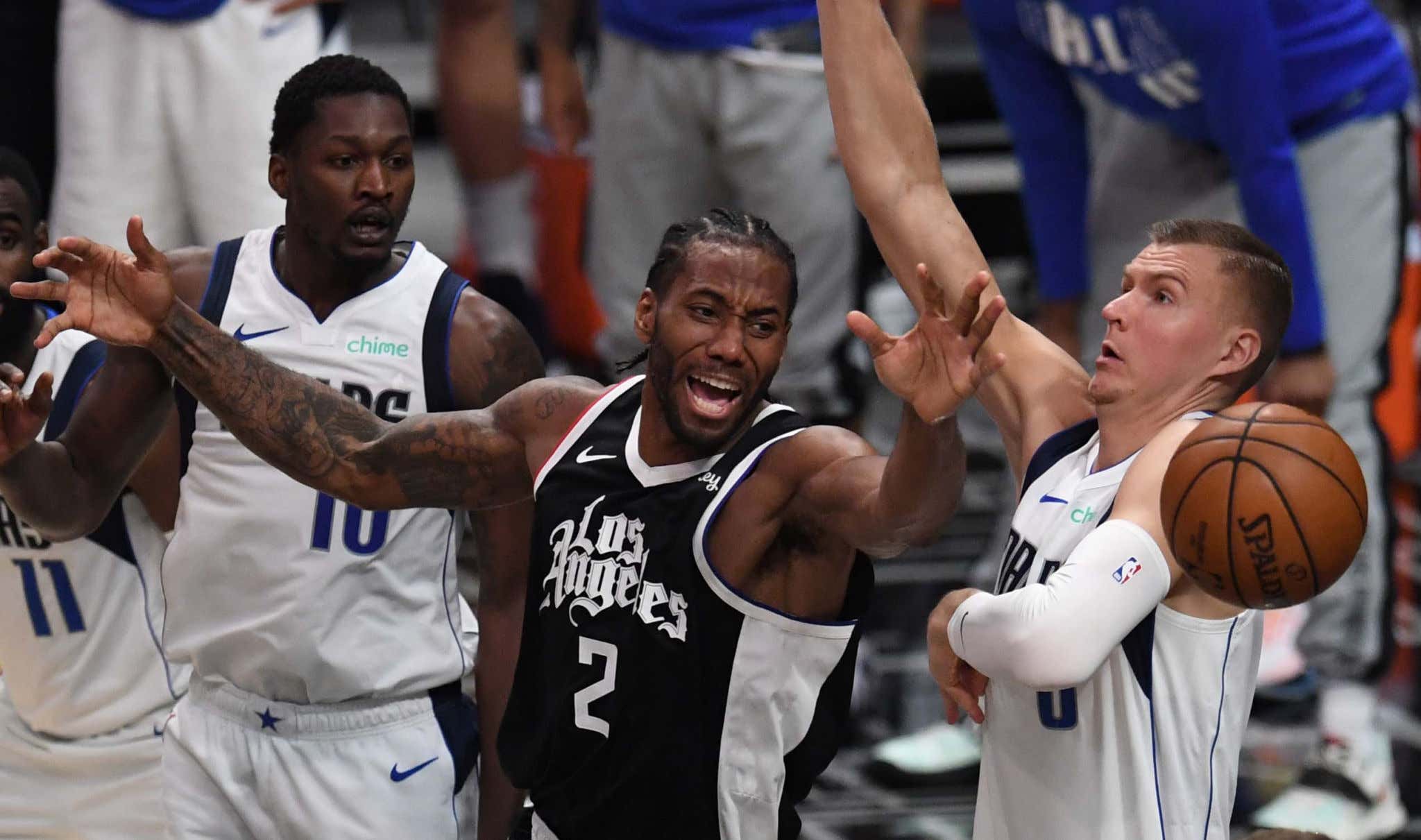 Yikes, that's tough. This is the issue the Clippers will always have as long as they continue to play at Staples. It doesn't matter who they trade for, or how many billboards they put up, LA will never be a Clippers town. Ever. Instead, you're going to get trolled my Lakers fans even at your home games by arena employees. That's rough. This is why they need their own arena. You can't have this happen during a playoff series. Everyone that steps foot in that building has to be on your side. It's a collective effort. You're never going to get that playing in the same building as the Lakers. Now, it is a little weird for any Lakers fan to be chirping right now. I'll remind you they just got blown the fuck out, are down 3-2 and their best player quit on the team and the franchise with 5 minutes left in a game. Their other franchise player can't stay healthy, and they mortgaged their future to get him. It's not like the Lakers are in all that great of spot at the moment, even if the Clippers are on the brink of disaster.

But here's the deal with the Clippers. As long as they keep losing at home in these playoffs, they will continue to be the butt of the joke. They're going to get trolled by stadium employees. I pray for that guy that Steve Ballmer never finds out who it was, because he's a legit crazy person. So with Game 5 back in LA and another opportunity for the Clippers to take control of this series, what happened?

Even with the Mavs blowing a 10 point lead in about 90 seconds, they still held onto the win and now head home with a chance to close out the Clippers, a Finals contender, in 6 games. This series has been pretty insane in that the home team refuses to win. Either side simply cannot win on their home flood. Would it shock anyone if this came back to Staples for a Game 7? The Clippers better hope they don't lose if so. The internet will not be kind to them if they blow a Game 7 at home to a lower seed, one they actively chose to play.

I will say, seeing Rondo's reaction to Kawhi's airball at the end of Game 5 was a great moment

and after the Clippers looked like they regained control of this series after taking both games in Dallas, it's back to a potential disaster for them. All they had to do last night was slow down Luka. No other Mav was really all that great. Only 1 other player was in double figures and they shot 41/38% as a team. They only scored 16 fourth quarter points! As we know, shit is going to get a whole lot worse for the Clippers than some Staples Center usher trolling if they don't win this series. It could be a wrap for them.

While I think it would be awesome to see the Mavs close this out, I kind of need this to go 7 games. Partly because Game 7s are almost always awesome as long as you have no rooting interest, but also because I want to see what these Lakers fan ushers will do if the Clippers lose at home. Gonna need Adam Silver to put the call in on this one.