(Note- I blogged this last year on this weekend, so if it seems familiar that would be why.)

And even as a crack fiend, mama
You always was a black queen, mama
I finally understand
For a woman it ain't easy trying to raise a man

Words apropos for today from the wise scholar and poet Tupac Amaru Shakur. We should celebrate our mothers every day, but the second Sunday of May is the day we decided as a society to honor the woman who went through hell to birth us, and more hell to raise us.

Even if you weren't lucky to have an incredible mother growing up, chances are she wasn't as vile as the fictional female characters we're about to run through. So chin up. It's all about perspective. Hopefully, this list helps you to keep things in it.

Not to be confused with Buffalo Bill from Silence of the Lambs in the looks department, George's mom in Blow was a major "see you next Tuesday".

Anytime you call the cops on your own flesh and blood that came from your body you better have a good reason. Being ashamed that you were the talk of your triple-decker neighborhood because your son was selling weed is not one of them. Welcome to Weymoth, MA Mrs. Jung.

Poor Mr. Jung doesn't get the credit he deserves.

Imagine being married to this bitch?

Imagine your wife sending your son to jail without you knowing? On a moral righteousness power trip? While chainsmoking Pal Mal's in the house you bought and paid for?

What did he do in a past life to be sentenced to that?

Pour a stiff one of the good stuff Fred. You earned it.

Best Line - "You think people don't know you're a drug dealer. Everyone knows, its no secret. Every time I go out I'm humiliated. So you go to jail. It's for your own good. You need to straighten your life out. What are you looking at Mrs. Gracie, your son's no prize."

Mama Fratelli (from The Goonies)

The driving glove-wearing matriarch of the Fratelli crime family, Mama Fratelli pulled no punches. In the Goonies opening scene she sprang her kids from jail, then outmaneuvered multiple Crown Vic police cruisers through the streets of Astoria before leaving them in her dust on the beach. She shot two FBI agents dead when they came knocking at her and her son's hideout. All while she was raising two promising sons (Francis and Jake) to follow in her footsteps. Things were on the up and up.

Where things went wrong with Mama Fratelli, was chaining her third son Lotney to a chair in the basement with leaking water and rats, and feeding him scraps off the floor. She also severely underestimated a rag-tag group of misfit adolescents that stumbled upon her seasonal restaurant hideout. Things all went downhill from there.

She was almost able to salvage things with a hail mary at the end but her abused and neglected son turned on her and tossed her Uncle Phil style off the side of a 400-year-old pirate ship.

You have to look at this from the child's (Stiffler) perspective.

Do you know how fucked up it would make your life if your mom let a kid you go to school with smash?

Your life is over. You may as well fake your death, move to Alaska, and assume somebody else's identity because that's a wrap. You could never live that one down.

Stifler's Mom : I got some scotch.

Stifler's Mom : Aged eighteen years. The way I like it.

Which brings us to -

Same exact premise here as from the example above. Except in this case A) Your mom is all-time sex symbol Kim Bassinger, B) you live in a trailer park, C) your high school classmate is "Greg" played by a strapping young Michael Shannon.

Best Line - "What are you doin' with your life. THAT'S SO GREAT, RABBIT?"

Just a totally incompetent mother all the way around. How all of her kids weren't taken away from her after leaving her child for the second time while going on vacation remains one of the world's great mysteries and great failures of the American justice system.

To steal a great line about stealing lines from a great film (American History X) "Someone else has already said it best. So if you can't top it, steal from them and go out strong". And nobody has directed what a failure of a mother Kate McAllister was better than KFC, Chaps, and Clem.

Best Line - "Then maybe you should ask Santa for a new family."

Just a dog shit human and completely wretched mother. One of those situations where you know the kids are doomed right from the start. Which ended up being the premise of the movie and the morality-defining question posed to the viewer in the twist.

Helene was a strung-out junkie from Dorchester. Too preoccupied with finding her next fix by any means necessary to keep an eye on her kid (or feed her).

And the only reason you could ever argue, "yah that mom deserved to have her kid taken away and "given" to a loving family" is when they're as awful as Helene.

Amy Ryan did such a good job playing this scum of the Earth bitch that during her time as Holly on "The Office" you weren't crazy if you always had your guard up. Waiting for the other shoe to drop. Yah, its two totally different characters in two totally different universes, but still. Helene & Holly…

I get in this debate what seems to be once a year. Who was the bigger POS mom AND person? Jenny from Forrest Gump? Or Ginger from Casino?

A strong case can be made for each of them and I often find myself flip-flopping.

Just last week on Barstool Radio Dave and Eddie were discussing who was worse, Tony Soprano's Sister or Mom? (If we were talking TV, Livia Soprano might take the cake in a unanimous decision. What a complete and utter bitch. Walking talking storm cloud.)

We all got in a debate about awful female characters in television and movies and I dropped the Ginger bomb. Playing the Ginger card in a debate like that, or comparing a woman to her is like dropping a "Draw Four Wild" as your last card in Uno. It trumps everything.

If you're not down with Uno then it's your loss.

Let's go to the tale of the tape.

Some defend Jenny as being "misunderstood". Growing up in a broken home, abused by her father, and left to fend for herself in the fast and loose 1960's- it can be argued she was a product of her time.

Yes, Jenny had a horrific childhood.

She preyed upon an autistic man for his entire life.

She got her claws in him early, and anytime she needed him, he was there for her to take advantage of.

Many of you might say, "sounds like every other woman to me", but you'd be wrong because there's more.

Not only does Jenny shove numerous boyfriends in Forrest's face throughout his life, but she always strings him along- going as far as telling him, "I'll always be your girl." 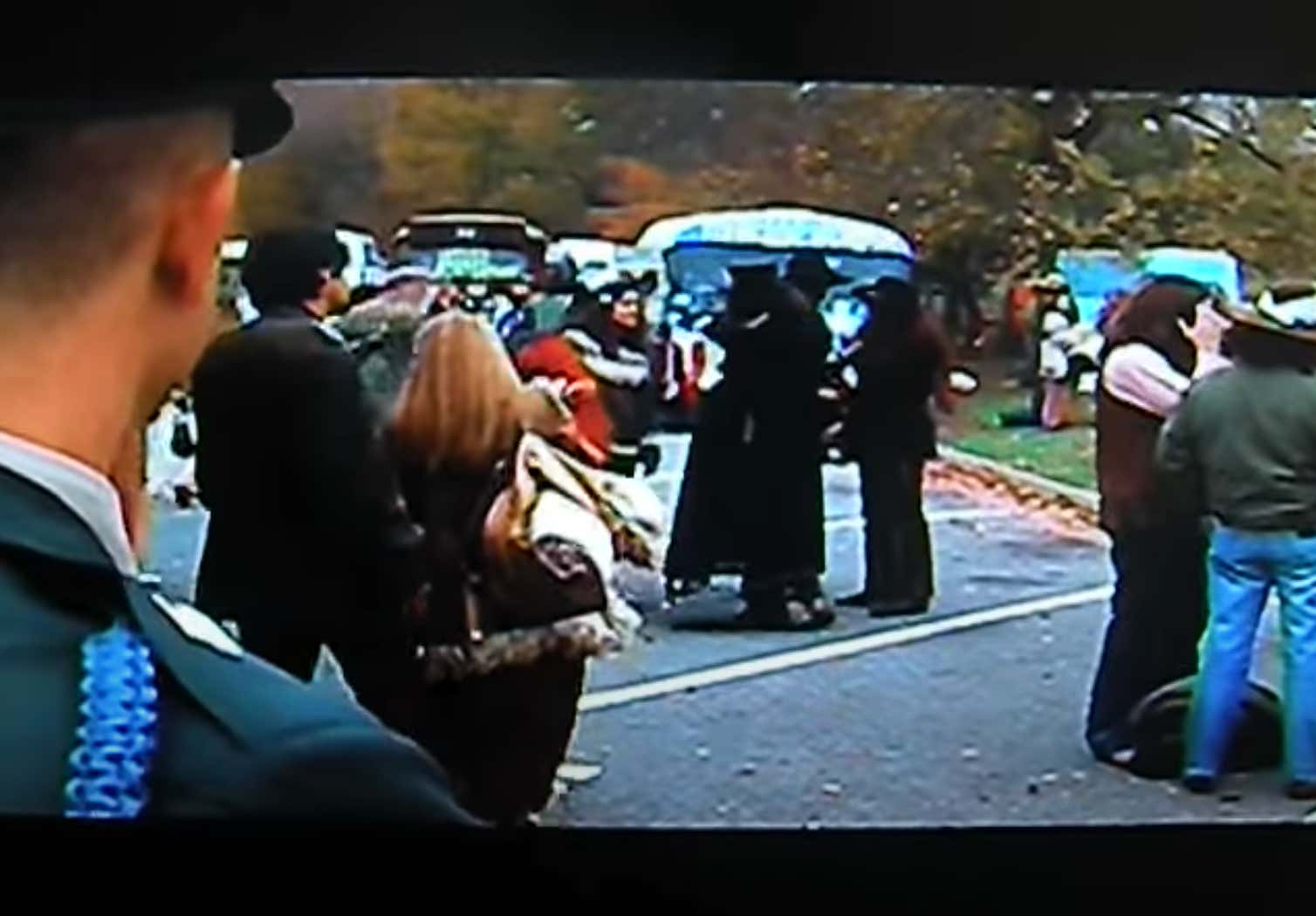 To quote a line from Kendall Jenner, she is "in full control of where she throws that cooch".

And she throws it everywhere.

I'm no mathematician but if I had to estimate Jenny's body count based on how loose she is in just the scenes we see her in the film, multiplied by the fact it was the free-loving, over-sexed 1960's and 70's we're talking about, I would put it-

She allows Forrest to bail her out time and time again, toying with him emotions, and breaking his heart repeatedly while she jumps from lowlife hippies to white Black Panther leaders. And just when the poor guy seems like he has his life on track running a burgeoning shrimp boating business there's Jenny once again to rock Forrest's life.

Except that this time she drops in with some big news for Forrest. He has a kid she's hid from him for 6 or 7 years.  She named him Forrest Jr. to try to convince Forrest he's his, which I don't think he is since she was getting around like you read about. (And apparently I'm not alone). And oh yah, she had AIDS and was dying. So nice to see you!

Just a total shit person. From beginning to end. Forrest and his son (alleged) both deserved better than Jenny Curran. Way better.

When she yelled "Run Forrest Run" he should have listened.

Forrest Gump: Will you marry me?

Jenny Curran: (turns and looks at him)

Jenny Curran: You would, Forrest?

Forrest Gump: But you won't marry me?

Forrest Gump: Why don't you love me, Jenny?

Forrest Gump: I'm not a smart man. But I know what love is. 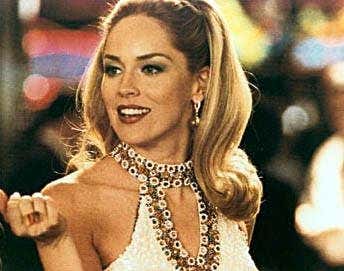 By far the best looking of the bunch. It might be easy to put yourself in Ace Rothstein's shoes and look at all the bullshit he put up with and STILL say, "yah but can you blame him?"

Peak Sharon Stone was not to be trifled with.

Not only did she look great in Casino but she absolutely crushed the role of psychotic, hell-bent, devil-woman.

Sam "Ace" Rothstein becomes infatuated with Ginger when he catches her on casino security cameras stealing chips from unsuspecting men. When she is caught she causes a melee throwing chips around the casino floor and laughing. Major red flag #1. Yet Rothstein becomes hooked.

He commits the biggest mistake in the book by showering her with expensive and extravagant gifts to try to impress her. Instead she turns around and gives them to her pimp, golf-hustling boyfriend Lester Diamond. (played by James Woods but I don't really think he was acting much in this role. James Woods as Lester Diamond might be the greatest casting job in the history of cinema)

Ace even pulls a Joey Greico and drops in on the unsuspecting couple and threatens Lester. Huge no-no.

The heart wants what it can't have Ace. By keeping Ginger from Lester you just pushed her closer to him. - Dr. Phil (maybe)

So after years of Ginger repeatedly fleecing Ace (dating), she says yes when he proposes. For as great as Ace was at picking winners, the guy was the definition of LOUSY when it came to women.

Their marriage starts off hot. They have a daughter they name Amy. Ginger continues to fuck Lester on the side and grift him jewelry, and then takes it a step further and starts banging Ace's friend and business partner- the hot-headed, loose-cannon Nicky Santoro.

Dont shit where you eat

This results in setting off a domino effect of what will be the demise of the mob's stranglehold on Las Vegas.

The guy just COULD NOT QUIT her.

Ginger begins using their daughter as a pawn (classic jaded wife move) and at one point even ties her up with rope and leaves her in a closet in the house alone. (A Lester Diamond concocted scheme).

What transpires is one of the greatest marriage collapses and meltdowns of all time.

Sam has to begin fearing for his life. His daughter's well being, her being kidnapped, you name it. All because Ginger is wretched.

She rats him out to the cops, takes all his money,

and heads to LA. Where she blows through all the money and overdoses on a mob ordered hit.

She leaves Ace in the hole money-wise, with their child to raise on his own, and having to watch over his shoulder the rest of his life.

Just a terrible mom, wife, woman, and human being.

Who's worse? Jenny or Ginger? A debate for the ages.

I'll leave you with another pearl from wordsmith Tupac Amaru Shakur.