It all started with this tweet and two differing POVs that lined up perfectly on my timeline. 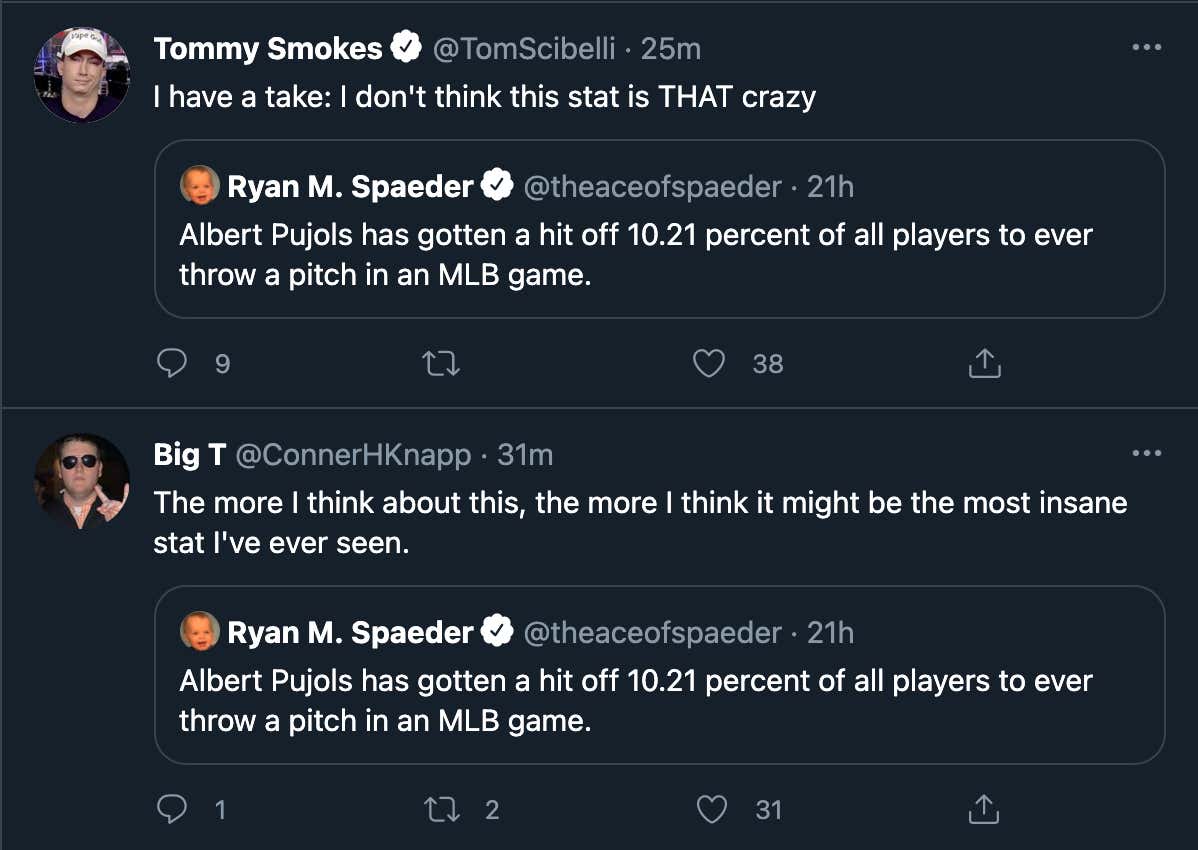 As a big fan of the game, I originally sided with Big T, but I wanted to understand Tommy's rationale.

Nate chimed in, giving his 2 cents.

Nate nailed it on the head. Pujols simply had the perfect storm of having a career being evenly split between the AL and NL while also being one of the game's most dominant hitters in a time where teams were expanding the number of pitchers they were carrying on the roster.

I am still on the side that the stat seems just absurd especially considering Ichiro is only 9%. Again, the perfect storm of Pujols' career allowed this stat to come to life.

Vote below your side: