A few years ago I wrote a 3 part series for a "D4: The Mighty Ducks" movie. It was about the original cast all getting back together for a beer league pond hockey tournament. The first part of the series was a "Where Are They Now" for all of the original Ducks, and you can read that here in you weren't around in 2016.

This week's episode of "The Mighty Ducks: Game Changers" was the closest thing we've gotten to that when we got to see some of the original Ducks back on the ice for the first time in over 20 years.

Now the "Where Are They Now" aspect of this isn't quite as good as my original concept. Averman is a limo driver, Fulton works construction (which is what I had him doing), Banks is a public defendant, Connie Moreau is a state senator and Guy is her stay-at-home husband, and then there's also Kenny Wu.

I mean Banks should have made it to the show, Guy should still be living the dream in some European league wheeling a new girl every night, Averman should be a lawyer at the Ducksworth firm, and Connie…well…Connie is a rocket. But that's all besides the point. Because now that these characters are back in our lives, this show is finally worth a damn. And for the first time since the show started, I finally started to hate the new Ducks. Something I swore I'd never do after episode 1. 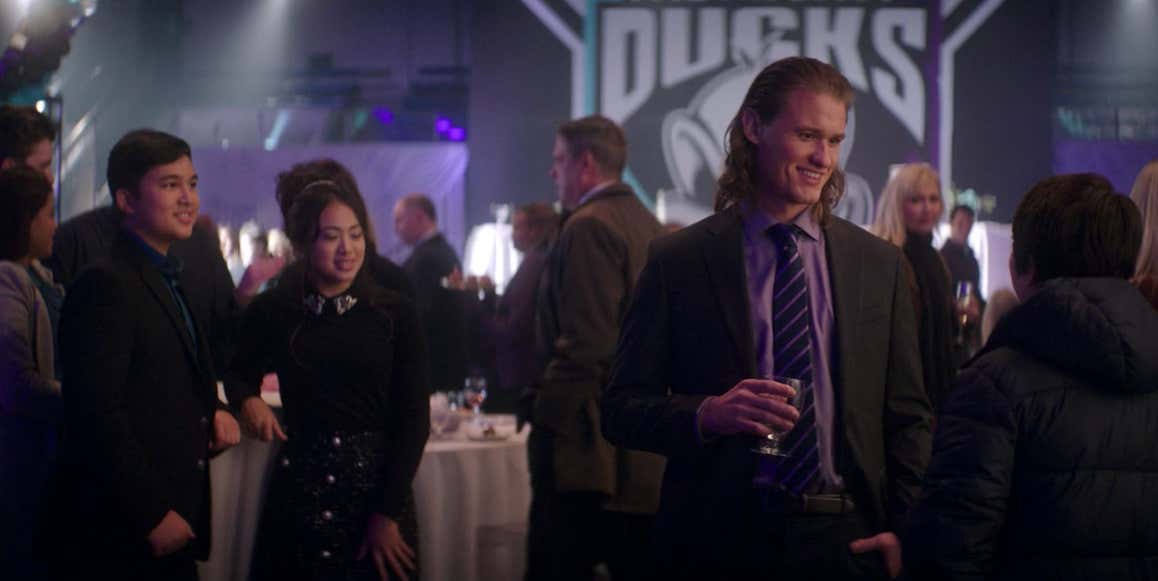 You've got Letterkenny Reilly trying to recruit Evan back to the Ducks because he's afraid that the Don't Bothers won a game. You've got the Ducks throwing a massive gala to honor the 25th anniversary of the Ducks and having the goddamn audacity to not even invite Bombay to the event. And then there's this C U Next Tuesday who continues to be the worst in every scene she's a part of. 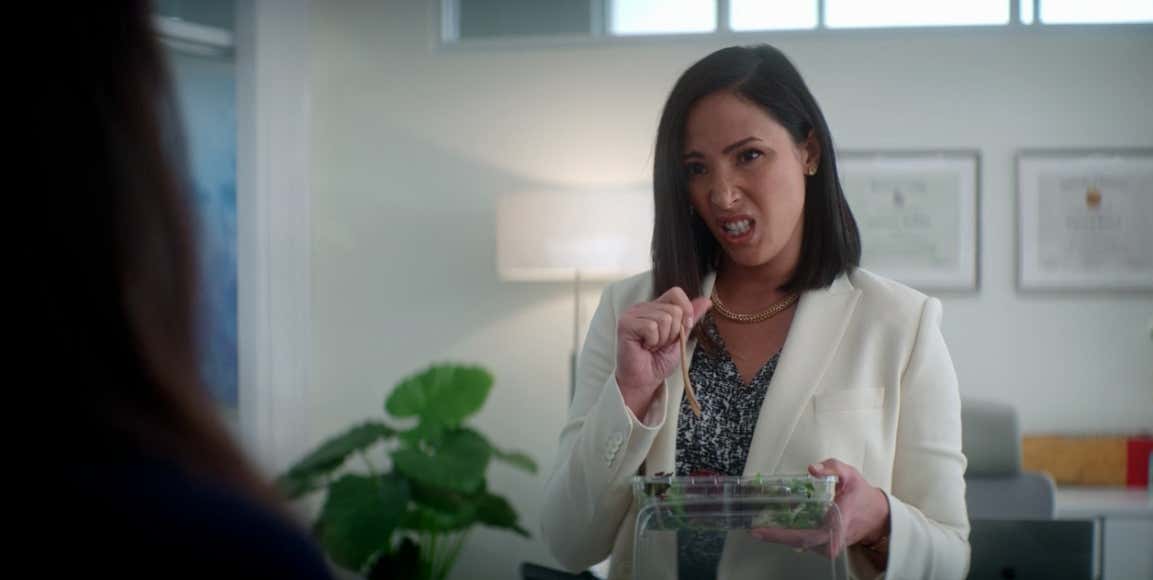 But yeah, for the first time ever I'm finding myself rooting against the Ducks. Meanwhile, we're starting to get the old Bombay back at the Ice Palace. He spent the first 4 episodes of the show being a whiny little bitch about not wanting anything to do with hockey anymore. Then he started to open up a little in episode 5. But after the callback to the original movie bringing the limo out onto the ice won him over, it looks like the Minnesota Miracle Man might be back behind the bench again. Which is tough titties for the new Ducks because if anybody knows how to take a roster full of a bunch of talentless losers and turn them into the greatest hockey team ever assembled, it's Bombay.

The only issue is the entire "Don't Bothers" roster hates the shit out of Evan right now because he considered joining the Ducks again. Buddy got invited to a practice and then turned the offer down, but somehow he's still the bad guy for even showing up to the practice? Not quite sure what kind of soft nonsense that is from the Don't Bothers but I'm pretty sure that'll open up the door for the return of Charlie Conway. Let's be real with ourselves here, Conway was a little prick during D3: The Mighty Ducks. He left the squad high and dry all because he got the C ripped off of his chest. But then he came back and everyone lived happily ever after. So if anybody knows how to be the most hated player on a team but then come back to wear the C again, it's Conway. And Evan Morrow needs to pull a Conway now more than ever. So maybe that's coming up in episode 7.