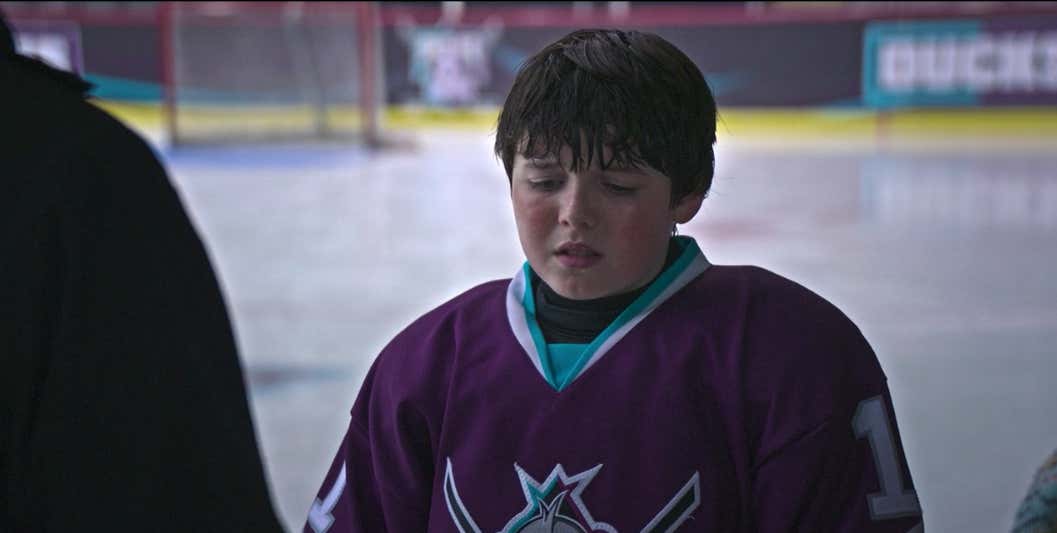 A new era in The Mighty Ducks universe got kicked off this past Friday with the first episode of The Mighty Ducks: Game Changers. As someone who would rank the original trilogy as my 1st, 2nd, and 3rd favorite movies of all time, naturally I was rather jazzed up for this series.

Now heading into episode 1, we were already at least somewhat familiar with the overall plot line here. The Ducks had turned into a powerhouse and the modern day Hawks. Little Evan Morrow over here got cut from the Ducks and his annoying ass mom Lauren Graham would then take it upon herself to start a new team filled with a bunch of ragtag misfits much like the original District 5 team. And much like that original District 5 team, this new team will end up being coached by Gordon Bombay who is incredibly reluctant and hesitant because he hates hockey and he hates kids. If you loved "The Force Awakens" because it was basically just the same story as "A New Hope" with a few different characters but also some of the same, well then you'll love The Mighty Ducks Game Changers. And I'd consider myself to be one of those people.

What I didn't like, however, and what I simply will not stand for is the idea that this series is going to attempt me to root against the Ducks. That this series has the audacity to think they can take the team I grew up my entire life loving and make them so hateable that they become the villain. And I'm going to tell you this right now--it's not going to work.

Right off the bat the show tries to pit you against the Ducks when Evan's mom goes off on a psychotic rant after her precious little baby boy got cut from the squad because he's too slow. 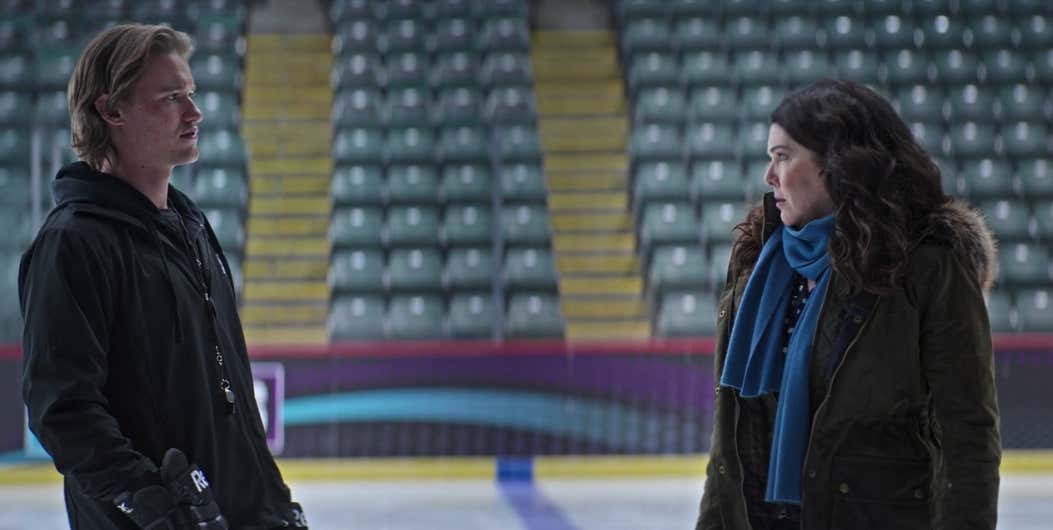 A speech about how kids should be playing sports for fun. About how ridiculous it is that these parents are bringing specialized trainers to come watch their 12-year-old's hockey practice. About how they spend so much time and so much money on clinics and lessons and treat this like a job. And does Lauren Graham have a point? Maybe. I think there should definitely be a place for kids to play sports just purely for fun. But that's not what the Ducks are. You want to have fun? Go start a rec league association.

She makes an argument about how none of these kids are going to be playing pro hockey one day so what's the point of all insane intensity that goes into all of these practices and schedules. Uhhhhh hey, Lauren Graham. Has your dumbass ever heard about college scholarships before? Have you ever heard about juniors? Like it's not all about getting to the NHL. If these kids can get good enough that it can get them into a kick ass college/university on a hockey scholarship where they'd otherwise not even get into that school or couldn't afford it? Yeah I'd say that the 6am practices would be worth it.

It just seems like the show is trying to make the Ducks look like the bad guys because they work hard, and now Evan and his mom are the good guys because they just like to goof around and eat cheese balls. I'll be rooting for the Ducks to absolutely destroy those clowns every day of the week and twice on Sunday.

Now let's get to Gordon Bombay. 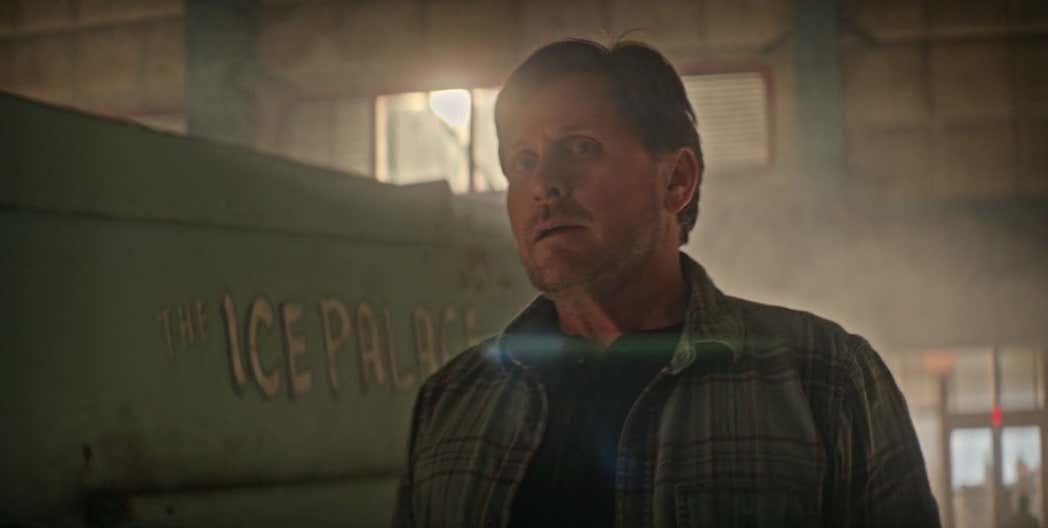 Again I'm going to go with the Star Wars comparison here. It seemed like Game Changers was trying to give Gordon Bombay the same treatment they gave Luke Skywalker in The Last Jedi. Which is to make him as disinterested and unlikable as ever. He even put up a sign in the Ice Palace that says "No Hockey". That's how checked out Bombay is at this point. He hates hockey, he hates kids, but the rink is in shambles so he agrees to let the new team play there because he needs the money. There's not really any part of Gordon Bombay that is recognizable here. Even in the first movie when he initially hated hockey and hated kids, it was still because he was so focused on kicking everybody's ass in a courtroom and being the most dominant lawyer he could be. Now he's just not interested in anything it seems like. So they took a character that was so crucial to our childhoods and turned him into someone we can't even recognize. The Luke Skywalker treatment.

Well, actually, I lied. There is absolutely one thing about this version of Gordon Bombay that I can remember from the original. Which is the fact that he is absolutely going to end up nailing Evan's mom. 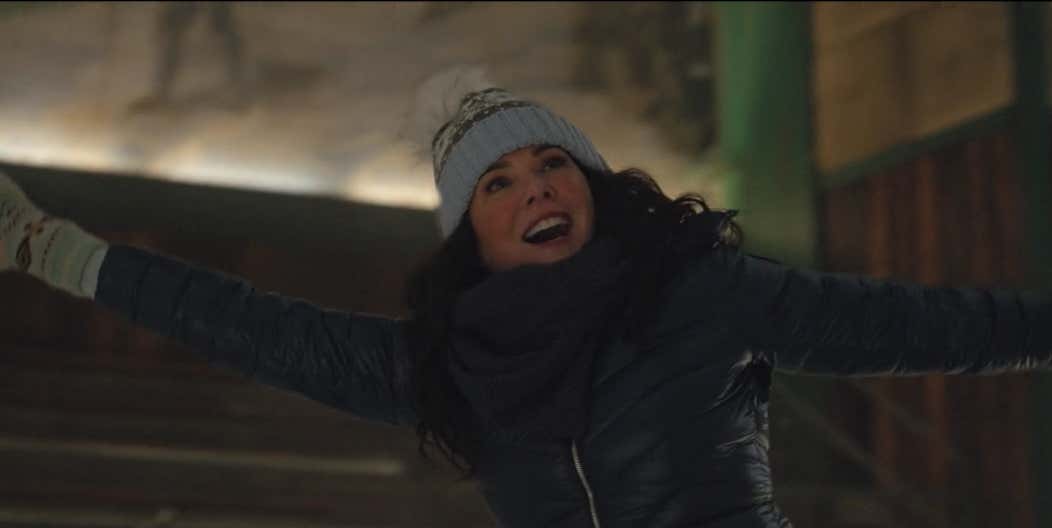 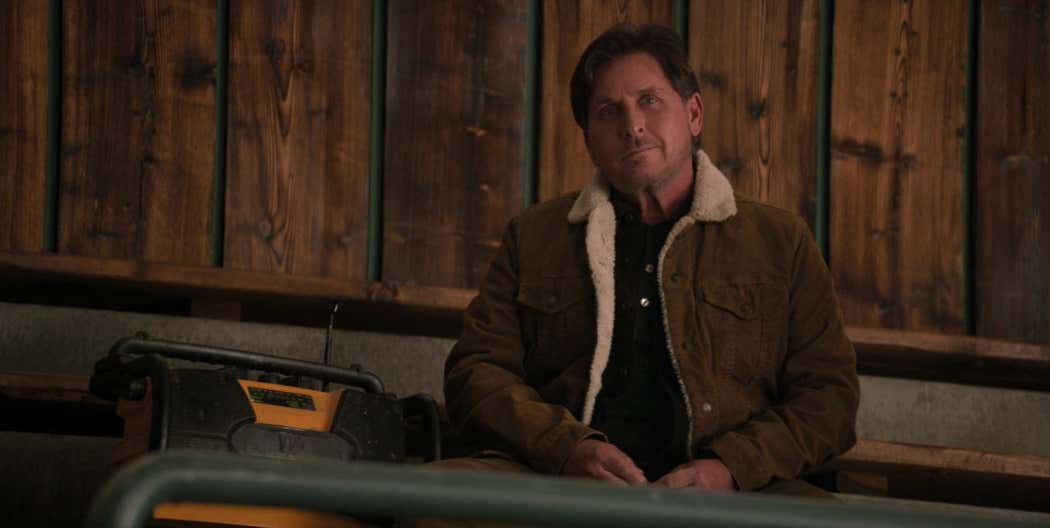 Like it's not even a question. You've got a single mom who has a son that loves playing hockey. And then you've got Gordon Bombay. It's a tale as old as time. This dude lives for single moms with hockey playing sons. It's like fish in a barrel for the Minnesota Miracle Man. I've never been more sure of anything in my life than I am that Gordon Bombay will be eating breakfast at Evan's house at some point this series.

Other than that, we also get introduced to the rest of the players on the new team. Highlighted by Nick, who admittedly has more of body built for podcasting but is willing to step in and be the team funny guy. 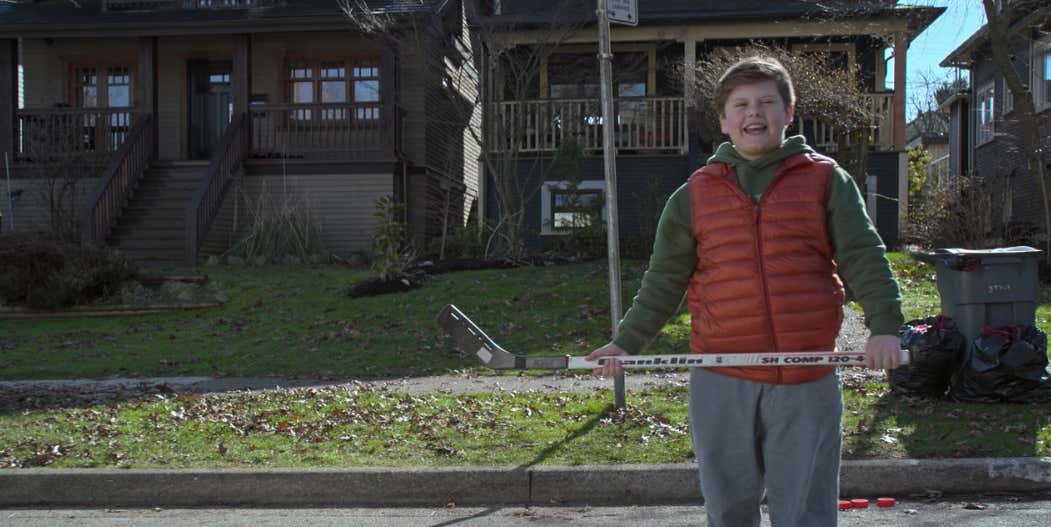 Then there is Koob the goalie, who basically looks like the casting directors went out looking for the closest thing to a young Goldberg they could find. 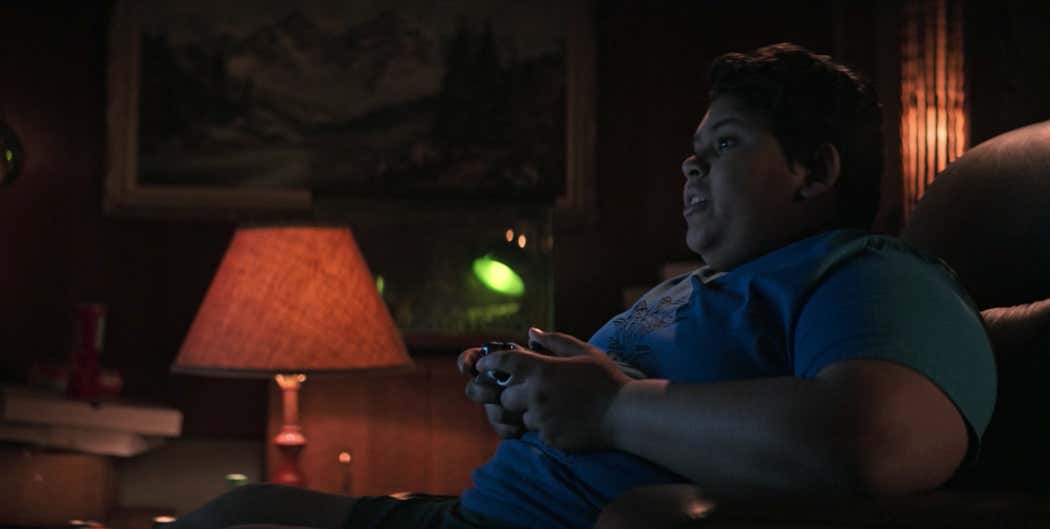 And we've also got the new kid in town from Toronto, Logan. 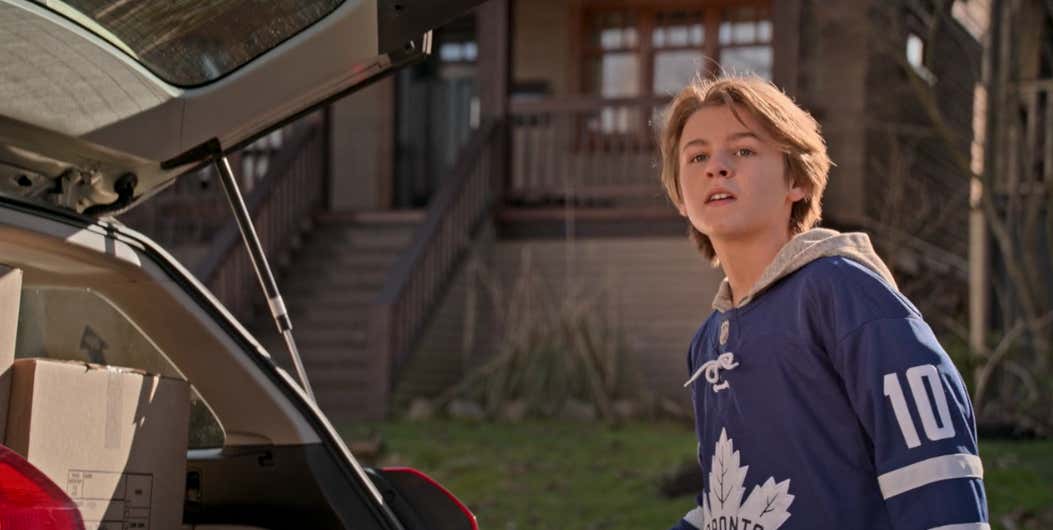 Now when Logan first shows up, you immediately think to yourself that this team has found their Adam Banks. He's a kid from Canada, has a great head of hockey hair, has a ton of sick gear. But then he gets on the ice and turns out he sucks. So I have to admit, I loved that twist here. For a show that seemed to be doing as much as they could to stick to the same game plan as the original Mighty Ducks movie, that was a nice little deviation.

After that we've got Sam, who doesn't play by the rules. Maya, who ditches the popular girls to go play with these losers. And Lauren, who will be the girl who slashes you in the face if you tell her she can't play a boy's sport. And there you have your squad of Game Changers.

And like I mentioned before, I will be rooting for these kids to lose every single week as long as these episodes keep coming out. Because I have 29 years of Mighty Ducks fandom in me and there's nothing these losers can do to stop me for rooting for the Ducks. So here's to hoping they just get waxed 15-0 every week.