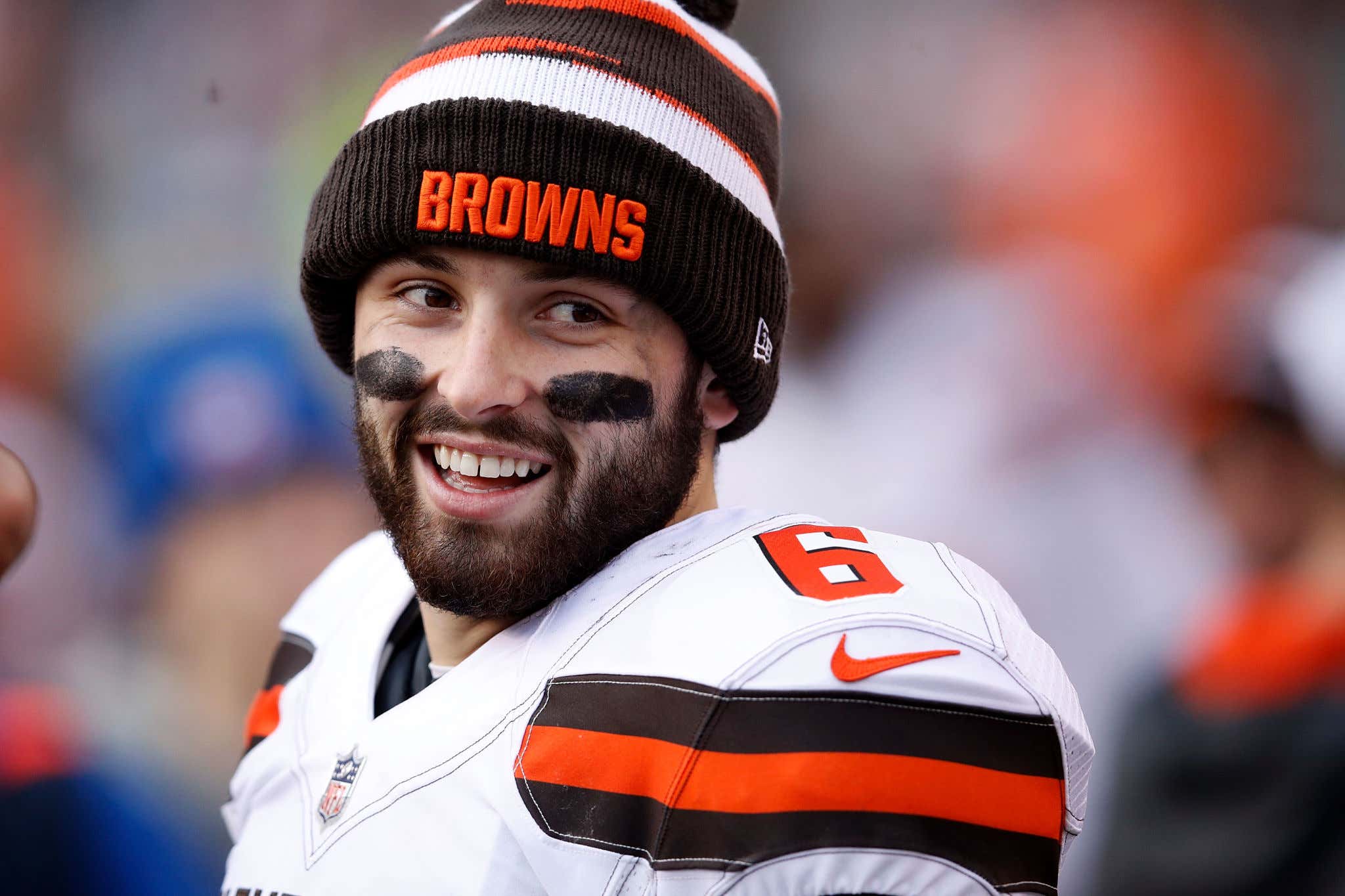 I've long believed that in order for the general public to broadly accept the reality of paranormal activity happening all around us, it's going to take major public figures talking about it, openly and honestly. I mean, it's easy to dismiss some CPA saying he saw a light in the sky or a farmer in the Midwest saying his cattle have been mutilated. Even when our Top Guns like David Fravor describe tracking UFOs with the most sophisticated equipment we have, some will choose to ignore the evidence because even our best and brightest pilots operate in relative obscurity.

But once we get the truly famous on board, speaking their truth, it will be a game changer. Business leaders. Government officials. Astronauts. Celebrities like Kurt Russell telling his story about reporting UFOs over the Las Vegas airport while flying his private plane. And since there is no more iconic American archetype than the quarterback, we can take a huge step toward acceptance thanks to Baker Mayfield admitting that he too is what the UFOlogists call "an experiencer." Not much can give an air of legitimacy to the issue like a recent No. 1 overall draft pick and one of the most high profile product spokesmen of the last couple of years talking about the subject.

A few weeks back, Mayfield Tweeted about something he and his wife had seen while driving at night:

And yesterday he answered questions about it:

Source -  Asked about it Monday, the signal-caller recounted his moment in which he thinks he might have received a signal from an otherworldly being.

"I'm a firm believer in UFOs and Sasquatch. It's real. I saw it," Mayfield said. "I'm glad the Navy finally confirmed some more pictures. Now everybody doesn't think I'm as crazy. I believe.

… "We were driving home from dinner. I don't know what day it was, but just driving home and had the music going and it was one of those things. She was looking down at her phone, riding in the passenger seat. Night time, so when you're looking at your phone screen, everything is dark around your phone (but) that light, but it was bright enough to where it caught her attention too. We kind of just looked at each other. Did you just see that? Yeah. Other people in that area confirmed, too."

What more compelling testimony do you need? An NFL franchise is worth billions. The draft evaluation process is a multi-million dollar enterprise. Prospects are examined inside and out, physically, mentally and emotionally. Measured in every way imaginable, from the size of their hands to their ability to think rationally and solve logic puzzles. They withstand more scrutiny than practically any other professionals in our culture. And for all that, the Cleveland Browns determined that Mayfield was the best player in the 2018 draft. Consider that before you dismiss him a kook or claim that he and the Mrs. just saw a shooting star or a jet liner or something and were too stupid to recognize it as a perfectly ordinary occurrence. Like millions of other witnesses, they know what they saw was something not of this world.

My only question for Mayfield would be whether he's one of the many people who sees a connection between Sasquatch and UFOs. Some see Bigfoot as a supernatural or even trans-dimensional being. But I'm firmly in the camp that it's existence is a matter of anthropology, not the paranormal. An offshoot of our own family tree, like Gigantopithicus or Australopithicus. Either way, I've got a newfound respect for the man. The world needs more athletes like him.