The 63rd Grammy Awards are tonight, airing at 8 eastern 7 central on CBS, and hosted by Trevor Noah.

I hit Rone up for his picks tonight because he did a Grammy prediction blog two years ago that blew me away and I'm pretty sure he swept the board.

So for this blog, I'll run through each category's nominees, then give Rone's and my picks with a little bit of background. You can still get your bets in on the main 4 categories, or you can just take all the knowledge we'll give you and look cool in front of your wife/husband/boyfriend/girlfriend/roommate/parents/dog/cat tonight when you're watching. Consider this a cheat sheet.

Tonight's telecast will be different than in past years obviously, due to the pandemic: the show's new producer, Ben Winston, has promised a very intimate experience geared to viewers at home, as opposed to the live audience that won’t exist.

Winston told Rolling Stone it will be “part Grammys, part Abbey Road studio session” and also a “bespoke night of music that I don’t know if we’ll ever be able to repeat.”

Dante's Pick - Eric Church - Stick That In Your Country Song.

Make no mistake I love that "Bluebird" song, I think Miranda Lambert is an amazing song writer even if she is a shitty person in real life. (Her song "Settling Down" is awesome). I'm going with Church because I know that I don't know shit about country music (I'm learning) but one thing I do know is the outsider has been disrespected for years and years… until this past year. He's finally getting the recognition, (and awards) he deserves so I think they continue to kiss his ass with him winning here tonight.

I love this Brothers Osborne track. Dan and Shay are my guys but that song with Bieber, as commercially successful as it was, was not their best work. It will be funny if they do win though and the only award Bieber receives tonight is for a comedy category after he bitched up a storm about being put in the "Pop" category and not the R&B category…

One interesting thing with this category is you'll notice it's all females this year. Miranda Lambert's Wildcard is being touted as her best of her career so far so she's a strong pick but if the academy does the right thing they'll give it to Ashely McBryde who put out an actual "country" album without the pop tendencies that has become so customary in country music recently. She's an incredible songwriter. I'll never forget the first time I heard "Girl Going Nowhere" and how blown away I was. I'm a huge fan.

This one could go any which was honestly. Lil Baby and "Bigger Picture" is probably the smart money play here for the songs meaning and everything that transpired over the course of this last year, but "Dior" is my pick because it's my personal favorite out of these selections. Don't be shocked if "Savage" wins because Megan Thee Stallion is all of a sudden a megastar and this could be a huge night for her.

Going with "Rockstar" here simply because it's such a banger. (p.s. - never liked and still can't stand "The Box")

"Savage" became such a movement and women's anthem this past year. Can't see it losing here.

So here's the deal. Nas has been nominated for 15 Grammy's in his life and never won. Think about that. Was King's Disease his best work? Not at all. Was it a really solid album in a career of incredible work? Absolutely. So I see the academy pulling a make-up here and giving Nas the hardware.

Yes Fiona Apple is still very much relevant. Her newest album Fetch The Bolt Cutters was a huge success and her nominated single "Shameika" should bring this award home.

My heart says Fiona Apple again here again but my head says she won't win for the same song twice so I'm going with everybody flavor of the month Phoebe Bridgers and "Kyoto" here.

Not even a question here. Just hope Sturgill gives a memorable speech without pissing off too many people.

This is Fiona's year.

Not gonna lie, I hit up my buddy Lee, who is a big Code Orange fan, and asked him if they're gonna win this tonight and he said "without a fucking doubt" so that's all the info I need.

Even though logic says Beyonce will win this one tonight I'm taking the dark horse, her proteges Chloe x Halle here.

This one's as close to a lock you'll see all night.

Rone's Pick- Thundercat - It is What It Is

Although Flying Lotus’s Producer of the Year nomination is so well deserved because the work done on the Thundercat album is amazing, I think Jhene Aiko is just too hot right now to lose.

Rone's Pick- Diplo - on my mind

Even though Jayda G and "Both of Us" deserves to win this award I think "10%" wins here.

Even though I am obsessed with Madeon and think he's an alien because no human should have the talent he does at such a young age, Kaytranada just had way too big of a year, and he's running up against a buzzsaw.

Now we're into the pop categories. If you take nothing away from this blog, remember tonight as the night Dua Lipa becomes one of the biggest stars on the planet.

I am well on the record as one of her biggest fans,

she overtook Taylor Swift as my #1 last year, 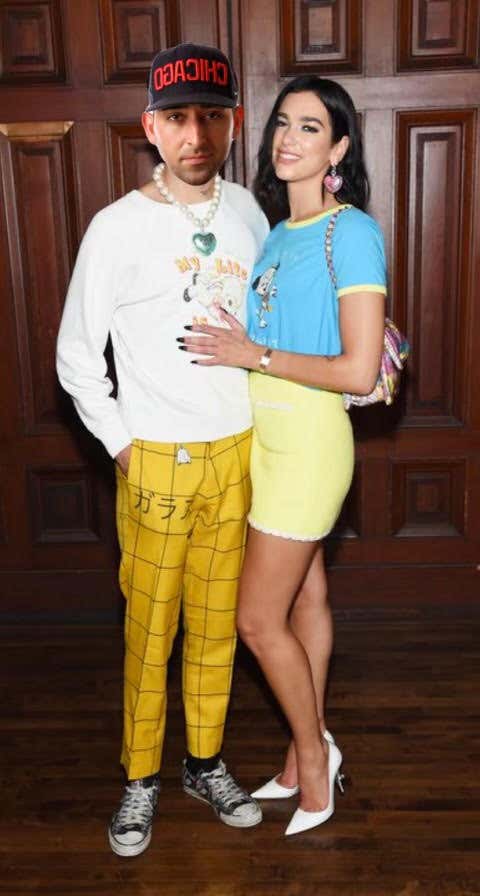 We're also on the record as asking why she isn't one already, she's got the hits, the stats, the look, everything. Tonight she takes home the hardware (lots of it) to cement the fact.

I'm torn here. Rone could be right and we see Taylor take this category but something tells me there's just way too much star power on the "Rain On Me" record for it to lose.

See above. Gonna be a MAJOR night for Dua Lipa

Song Of the Year

See above. I'm not playing. It's Dua's night.

Listen, do you want me to tell you who to bet on and who I think is going to win, or who I deserves to win?

Megan thee Stallion, like her or not is winning this award. Even though Rone's selection, Phoebe Bridgers deserves the award. Those are the breaks.

Record of the Year

Album Of the Year

I'm not sure how else to put it. It's Dua's night. Although I am so pumped to see Black Pumas getting some love here with this nomination. (Blog coming later on them)

This would be Swift’s third album of the year award, making her only the fourth artist in Grammy history to win three times in this category. The first three were Frank Sinatra, Stevie Wonder and Paul Simon (counting a Simon & Garfunkel album). Swift would be the first woman to become a three-time winner -- just as she was the first woman to win twice in the category as a lead artist.

That does it. Should be a pretty uneventful night with the award presentations, and performances being remote and all but nonetheless at least we're getting live music, and we'll get to see Dua Lipa's big breakout night.