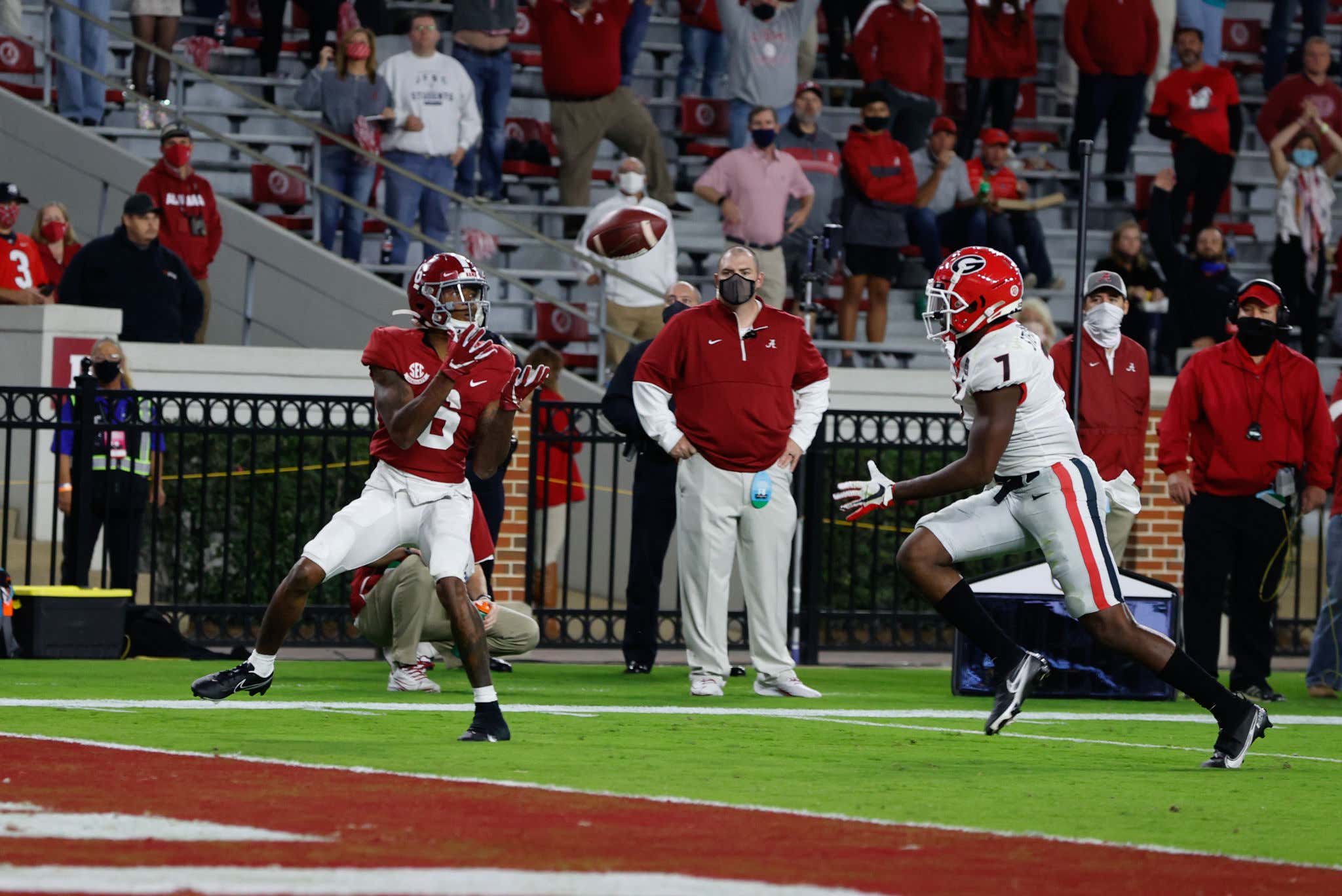 Just over a month ago, during the National Championship Game, sometime after he'd officially won the Heisman Trophy and before his 3rd touchdown of the 1st half against Ohio State, I tweeted this out:

And I was absolutely destroyed for it. I detailed it all in a blog, but the people disagreeing were in far greater numbers than the few brave souls who would rightly agree with me.

Well now that it's Draft Szn, we've got several other Draft Analysts weighing in and giving credence to my take, which at the time was scalding hot.

We've now got Daniel Jeremiah, who is maybe the most respected Draft Prognosticator out there slotting in Smith to the Vikings at #14.

His podcast partner, Bucky Brooks has him going 16th overall to the Cardinals. To their credit, D.J. & Bucky were on this take early as well, just days after the National Championship game. Now other people that are close to NFL circles like SI's Albert Breer had this to say:

A lot of my argument was based on positional value and the fact that Smith isn't a physical freak. Far from it. At 6005 and 175 lbs., he's expected to run around 4.50 and actually declined being weighed and measured at the Senior Bowl.

He will have his chance to puff up for his Pro Day on March 23rd and maybe he can get up to 185 lbs. and run a sub-4.40. But unless he does that, based on his physical profile and order of teams picking in the top 10, I still can't see him going in the Top 10. Now could the Panthers move up and someone like the Jets or Dolphins move down changing that up? Of course, but at the moment, if Philadelphia doesn't take him at #6, who is taking him in the top 10?

#7 Detroit - Kenny Golladay is expected to be back despite being a free agent, but do you think Dan Campbell wants his first draft pick to be a skinny WR after talking about biting guys kneecaps off?

#8 Carolina - They're in the QB market and already have two very good, young WRs with Robby Anderson and D.J. Moore.

#10 Dallas - The Cowboys took CeeDee Lamb in Round 1 last year and just re-signed Amari Cooper to a big deal and have a promising young WR in Michael Gallup.

Where Smith lands remains to be seen, but just try not to be fooled with mock drafts loaded with skill position players. Only once in the last five years has a Draft had a WR taken in the top 10.

And to reiterate, I think the kid will be a good pro. The top 10 just doesn't have WRs, especially with his physical profile, and that's just how the NFL Draft has always historically worked and I don't see Smith being the guy that changes that. Be sure to check out my Mock Draft 1.0 and stay tuned for future iterations in the coming weeks.