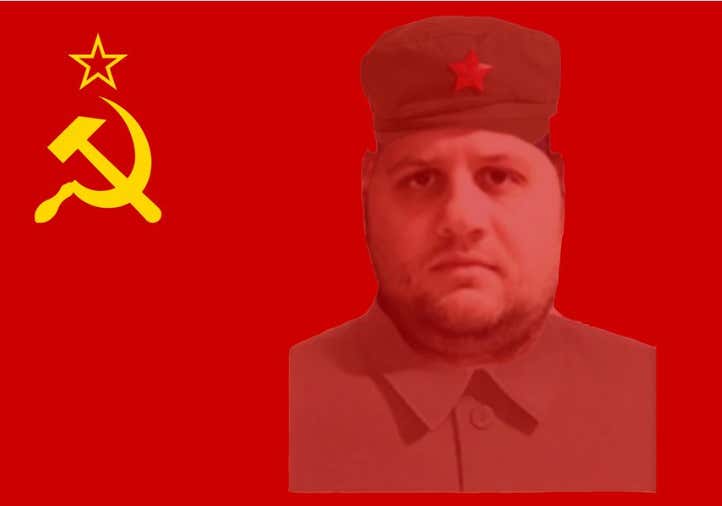 I have never been so disgusted in my life. There's been a blatant attack on our Democracy happening right under our noses. I am getting BAMBOOZLED by the Snake Draft voting results in this week's "Reality TV Shit Draft" ft. Ria. I don't know the decorum behind spoiling picks before the poll comes out, but I don't care at this point because we're using Dominion voting systems and I'm getting railroaded by a foreign agent. I'll get to who I drafted in a moment, but here are the results on who should be left off the poll thus far:

DISGUSTING. Who did I draft you ask?

1. Johnny Bananas (no doubt first rounder)
2. Kim Kardashian (arguably the most famous reality show person of all time and has built her family into an empire off the back of KUWTK (and getting drilled out by Ray J on camera because duh)
3. Ryan Seacrest (the host of what's perhaps the most popular reality show ever)
4. Heidi Montague (huge villain with her cunt of a husband (bf?) Spencer Pratt)
5. William Hung (funniest reality show moment maybe ever, and one that Hung parlayed into a side show career)

I'm not saying I should win. I would vote for me, but that's not the point. The point is there is NO WAY I should be left off the graphic this week. None at all, and it's disgusting. Our democracy is being assaulted and there is no leader to be found to fix it. I texted Ed and he's ghosting me. OUR VOTING IS RIGGED!!! AND IT'S ON FACEBOOK TO BOOT!!!

#STOPTHESTEAL!!! I am fucking IRATE, and to top it off, I got that cunt Chris Russo spewing his unknowledgeable bullshit on my TV right now and my remote is on the other couch, which might as well be Africa. I want to fist fight someone for real. Mostly Carl, who picked JOE ROGAN as his reality TV host for the draft.

"But WSD what does Joe Rogan have to do with reality TV? How is Carl not getting voted off in a landslide?!?"

Excellent question. It's fucked up. Is Fear Factor even reality TV? I don't think so. It's more a game show that people watched on shitty daytime TV when they faked sick from school or work. There wasn't anything "reality TV" about it, as it was more in line with an episode by episode TV show that, as far as I'm aware, NEVER aired during prime time hours. It was just a blatant JRE pander, and one that we all thought was so bad and insincere that we let slide because we had confidence in our voters. Shame on us (read: shame on Intern Danny) for trusting the facebook clowns, I guess. That said Carl's draft completely fucking sucked. The only reason I didn't say so before was because I don't feel like dealing with his bitching and moaning then personal blows, but I've reached my boiling point. The people must be informed.

I'm disgusted. Ed better put his foot down and make this right or he really is a commie dictator bastard hellbent on destroying democracy and capitalism.

Go and listen to the full show. I promise you'll be on my side once you do.