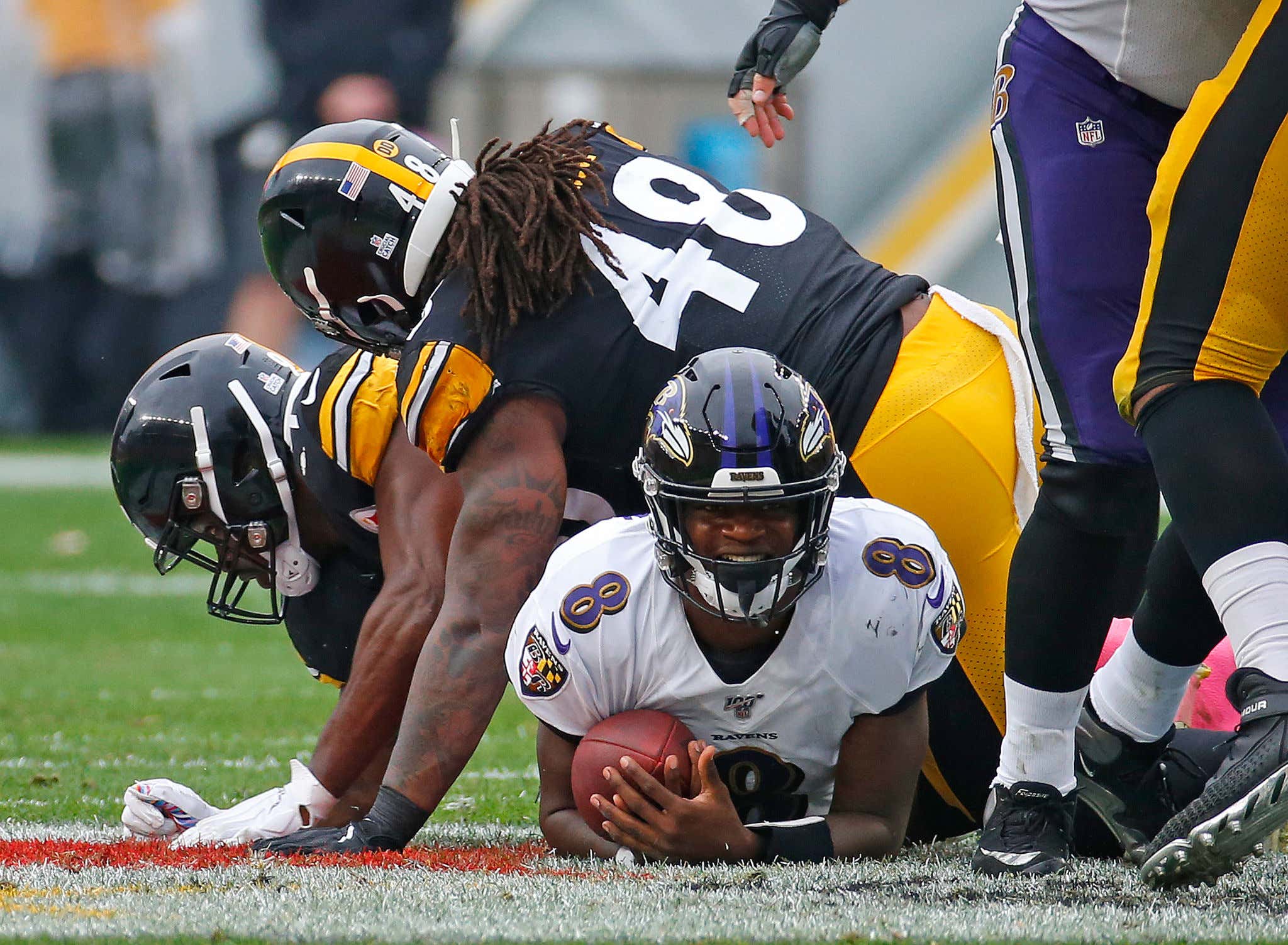 We've hit full on dumpster fire zone. Critical mass of fuck everything. With all the guys on the shelf already, Lamar Jackson was going to have an uphill battle beating a 10-0 team on the road. He had been presented a great opportunity to silence a lot of the haters by putting the team on his back and try to pull off a huge W. Now that idea is way down the tubes.

What's worse is that this puts LJ on the shelf for next week as well. The Ravens can ill afford to lose these next two games and fall to 6-6 in a crowded AFC playoff picture. The schedule is light down the stretch but it's getting to the point where the 2020 Ravens season is against the ropes and we'll have to see how they respond. Like it or not, it's RGIII time. Bob and a partial roster beat the Steelers handily last season in Week 17, but this Steelers team is at full strength playing with a lot of confidence. He's going to have his hands full. This is just not how this season was supposed to go. This just sucks. Fuck everything.