Yesterday's news hit us like a ton of bricks.

Completely out of nowhere. It'll take a long time to come to terms with it. Some of us, like Carl, might never be able to. And for perfectly good reason. Theo Epstein is quite literally a once in a lifetime baseball mind. Guys like him don't just come along. They're not groomed or trained. You can't practice or study 10,000 hours to be good at knowing baseball inside and out. At constructing not just a winning team on the field, but also a winning team behind the scenes from the office jobs, to the stadium jobs, to the teams waiting in the wings of the farm system, and replenishing it all yearly.

I don't have to sit here and suck his dick more. Everybody with a brain knows this. Which makes it all the more sad.

No offense to Jed Hoyer, but nobody can fill those shoes. Not just in terms of comparable performance. But in terms of reassurance.

Carl, to me, is the best true baseball fan I know. (I also think he's the best baseball writer in the country but that's for another blog) He manages to balance the tightrope thin line between nutjob fan and logical and knowledgeable fan better than anybody I've ever known or had the pleasure to read. And like Carl put so well yesterday, and today -

In my case, Theo let me be truly proud about the Cubs for the 1st time in my life. He did that for all of us. We knew we weren't just one injury away from 70 wins. We knew we had depth and resources and a shot at the division every year for the last 6 seasons. You can't even begin to describe the change that's had on the fanbase. The confidence and the positive experiences and the optimism. Everything was just an idea until Theo showed up. We were a fucking singalong by Eddie Vedder and nothing more.

Theo gave Cubs fans something they never had in their near 100 year existence before he showed up - trust and faith.

In the same way Patriots fans over the past 20 years have never had to worry, no matter how dark things seemed, because they know they have Belichick calling the shots, and there's literally never been anybody better, Theo was suddenly that guy for Cubs fans. Trust in Belichick. Trust in Theo.

So I wanted to take the opportunity to thank him. Both personally, and from Cubs fans who appreciated everything he's done every step of the way.

- First off, thank you Theo for deciding not to fire me after I posted this video of you, Big Cat, and Rizzo singing "Shook Me All Night Long" at Stanley's back in 2015. (Even though you told me to. It's ok, it was a rough night. They all were at Stanley's RIP). I had just started working for the organization and talk about ways not to get on management's good side. But you spared me, which allowed me to be able to be apart of the following year's magical run to the 2016 World Series Championship.

- Thank you Theo for bringing with you a winning culture. Not just your expertise, but moreso instilling an attitude of professionalism and winning in an organization that was snake-bitten and it's own worst enemy for decades and decades. (Yes the Ricketts family is also responsible for this) but bringing the mindset, culture, and people over from Boston that you did played a huge part in turning the organization's attitude to one that wasn't just "hey we belong", but "we do this better than anybody else".

- Thank you so much for bringing the people you did with you from Boston. From the ops and marketing and pr personnel, down to the Cubs production heads. I got to expeience first hand what working with some of the brightest and best in the field was like for the past 6 seasons. The Cubs went from having nothing more than an organist, (shout out Gary the G.O.A.T.) - no video boards, no real audio system- to leapfrogging everybody in baseball and having the best setup in the entire league top to bottom. Not only that, but having the luck to travel to so many football and baseball stadiums around the country the last few years, the Cubs offer the best in game experience in all of sports. That doesn't happen without Theo.

- Thank you for helping guide the Wrigley transformation like you did with Fenway. Before you Wrigley was a laughingstock. A baseball holy ground, but a dump. Now it's without a doubt the greatest ballpark in the league and debatably all of sports. It's somehow better than Fenway now which I never would have believed ten years ago.

- I forgive you, and thank you, for trading Nomar to the Cubs. If it had to happen, in hindsight, I'm glad it was to a city that appreciated him like Chicago did. Everytime I see a #5 Cubs jersey it brings a tear to my eye.

- Thank you for personally rehiring everybody's friend Jeff Magee after he was foolishly let go. You realized he, like so many others in the organization, meant much more to so many people, and the organization, than just their "title".

- Thank you for not making all the times we crossed paths on the concourse or in the halls before games awkward.

- Thank you for bringing the 2016 trophy with you to Boston for the Cubs at Red Sox series in 2017 and sending it and the 2004 Red Sox one crowd surfing it at Eddie Vedder's show. One of the funniest, coolest things, I've ever seen.

- Thank you for swindling the Orioles for Jake Arrieta. For two seasons, once a week, we got to watch pure dominance on the mound in person.

- Thank you for bringing Anthony Rizzo to Chicago. Not just from a baseball standpoint, but in general. Not just from me, but from the thousands of people's lives he's touched and will continue to touch throughout Chicagoland through his incredible charity work.

(Please see to it that Jed follows through on resigning him to a deal to keep him a Cub for life. It's the least you can do for the guy after the way you worked him over on his current deal.)

- Thank you for allowing us to celebrate your birthday with you and Jeff like big shots a few years ago in Miami. And thanks for letting Dave come to our table… 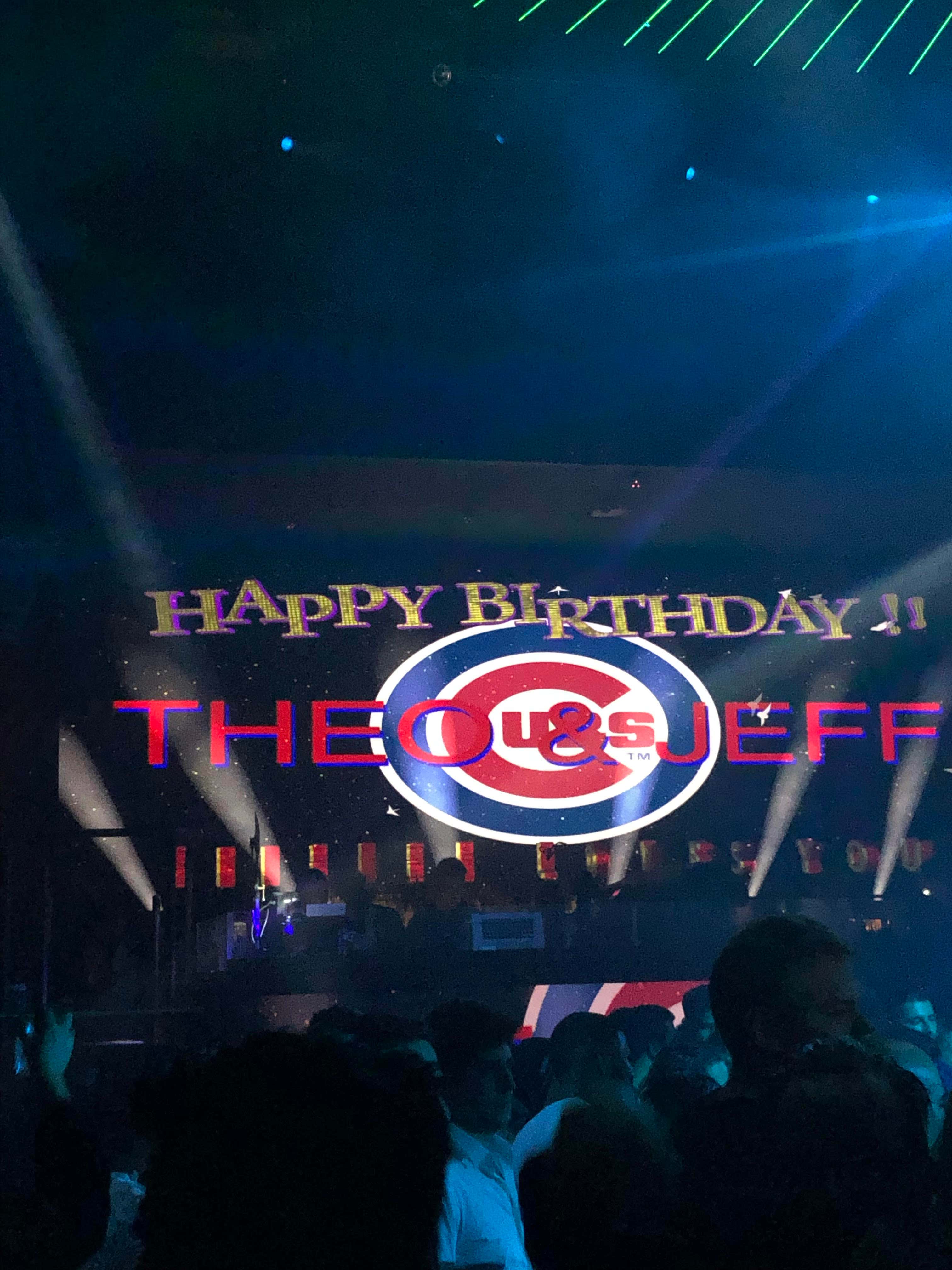 - Speaking of Dave, thanks for being such a big fan and reader of of Barstool. Since day 1. Even if it’s been on the downlow. And thanks for all your help and feedback to Carl. I know it’s meant the world to him.

- Thank you for hiring Scott Harris. From me and all the women of Old Town.

- Lastly, thank you for all memories you've given us all. In Chicago and Boston. 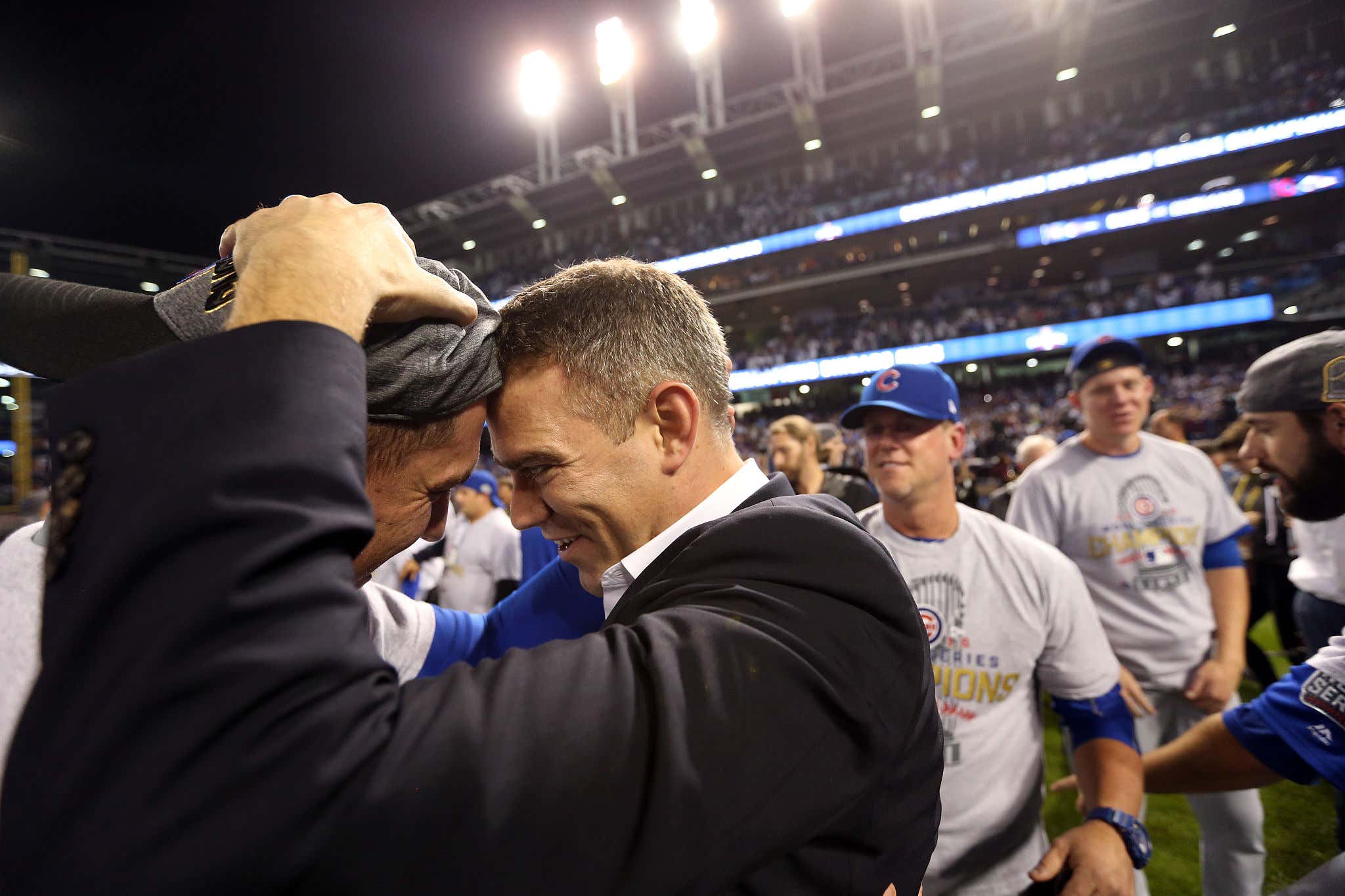 Moments we've gotten to share with our families, and friends, and complete strangers. 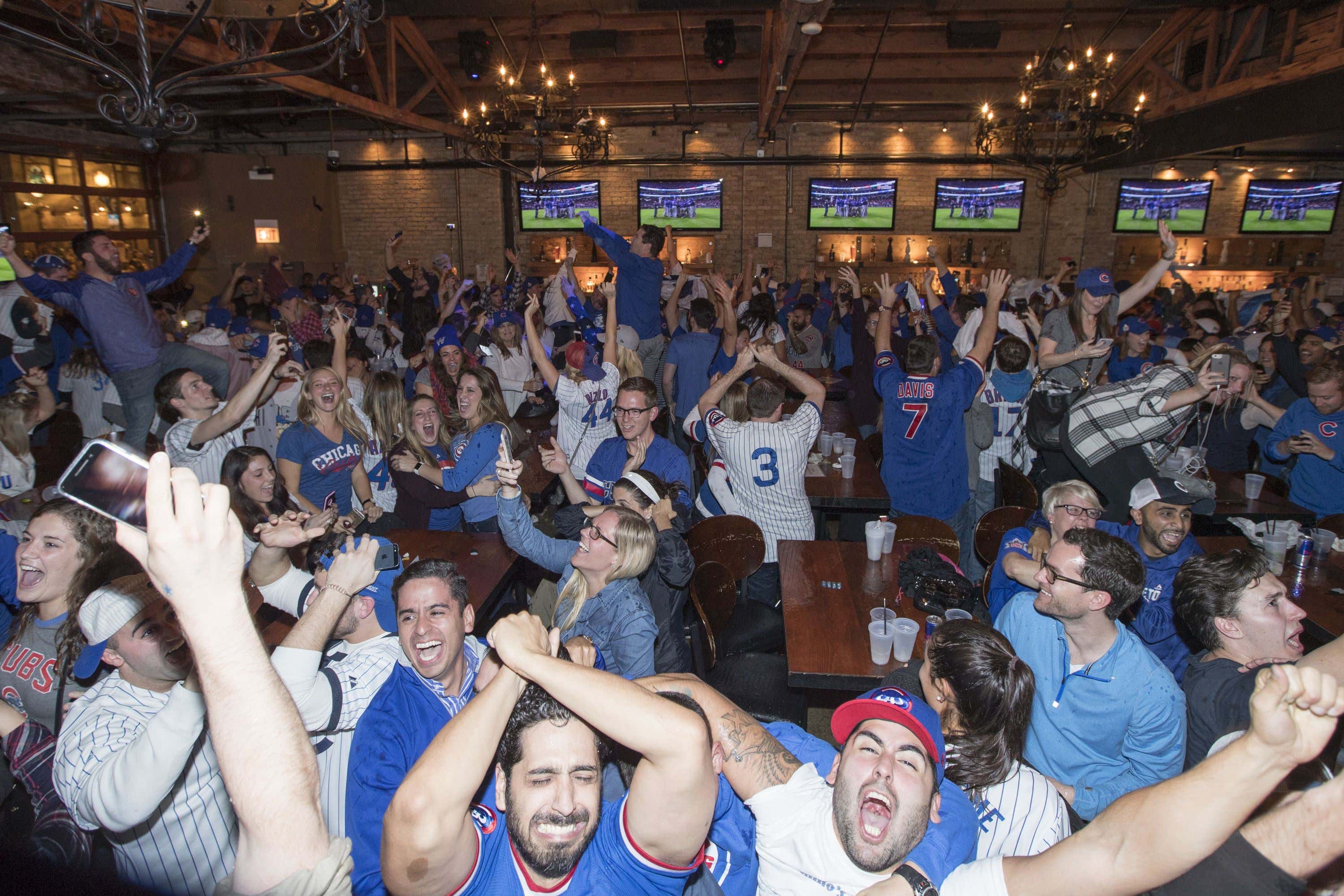 Memories that 100% don't happen without you. Thanks again and best of luck with whatever’s next.