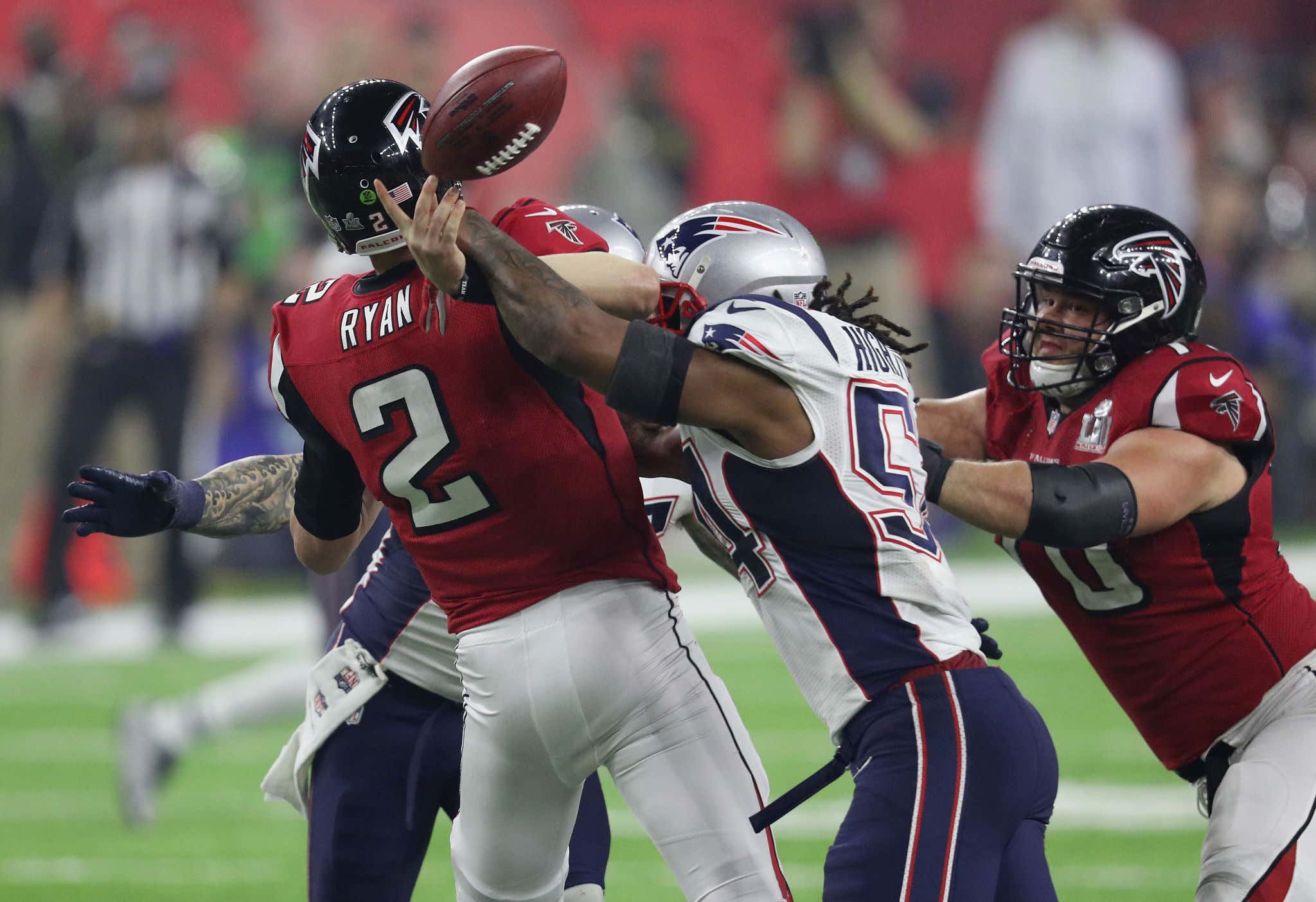 It's with a sad and heavy heart today that we walk through the wreckage of the Atlanta Falcons. Could it really just be four seasons ago that they were young and gifted and destined for sustained greatness for years to come? They had the league's MVP. Weapons all over the field. Had just scored the seventh most points in NFL history. Their defense was young and stacked and were led by the hottest young head coach and GM duo in the league who had built the team, as the experts are fond of saying, right. Without ever really defining what that's supposed to mean.

And now? It's sweet dreams and fine machines in pieces on the ground. They're 0-5. They've established that there is no lead so big they are incapable of blowing it. Their kick return "hands" team doesn't know the onside kick rule. That offense is 18th in points scored. Matt Ryan is 20th in passer rating. And Dan Quinn and Thomas Dimitroff were made to answer for the failure when they were fired yesterday.

But we don't need to find the black box among all the Boeing parts to know the cause of this crash. Because we've seen it before. Recently. It's the same cause as the one that sent the most recent emerging NFL dynasty hurtling toward the ground at terminal velocity.

I suppose it's a little ironic that Quinn got the Atlanta head coaching job right after being the architect of the defense in the game that killed the Seahawks dynasty in the crib. Seattle surrendered four Tom Brady toughdown passes to four different receivers and blew a 10-point 4th quarter lead and the downward trajectory began. One the franchise is only now beginning to pull up from. He's the principal to Belichick's Ferris Bueller who just can't stop stepping in mud and getting bitten by dogs.

Dimitroff is another story entirely. He's that stereotypical branch off the Belichick Front Office Tree who gets cut off, transplanted elsewhere, takes root for a while, but ultimately withers and dies. Who, in 12+ seasons, produced six with double digit wins, four playoff victories and a conference title. That's a pretty good run. But not good enough when all those glowing profiles that portrayed him as this different sort of postmodern GM with the vegan diet who does 55-mile bike hikes. And who was yet another essential part of the Patriots Dynasty Belichick wouldn't be able to function without after he was gone. But once again, the one who created him not only survives, but thrives.

So with that, let's take a brief journey into how blowing a 28-3 lead in Super Bowl LI destroyed the Falcons ever since, for the foreseeable future, and maybe permanently. Taking the highlights in chronological order:

First there was Quinn's approach to being the laughingstocks who could've run three straight plays into the line, made New England burn all its timeouts, and then kicked a very makeable field goal to put the game out of reach. Rather than own up to his gargantuan blunder, move on, refuse to look back or literally bury the symbolic past, Quinn decided to turn his failure into a marketing campaign.

“Embrace The Suck,” Quinn repeated after he and his staff took rookies and first-year players through Friday’s minicamp. “Eat a crap sandwich with a smile.”

Surprisingly, telling your organization to smile through dining on crap that you yourself squeezed out, spread on bread and put in a ziplock for them didn't inspire his troops to greatness. Because there's no way it possibly could. It's the reason NASA didn't try to rebuild the American space program in the mid-80s with "Embrace the Suck of the Challenger's rocket boosters' O-ring failure!"

Next, there was not only a lack of accountability from the player who make the worst play of the entire game, Devonta Freeman actually lobbied to be the ex post facto MVP of the loss. The same guy who was responsible for blitz pickup on the Dont'a Hightower strip sack that defibrillated New England's heart when it was flat-lining. 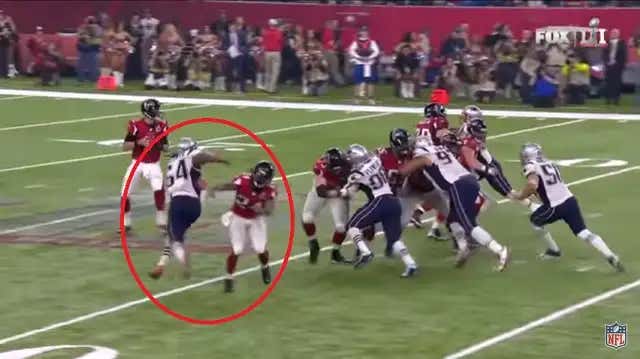 AJC –  In an appearance on SiriusXM NFL Radio with Brady Quinn and Bruce Murray [Freeman said] that if he had stayed in the game in the fourth quarter, he would have been crowned Super Bowl MVP.

“I hate to go there but I was supposed to be the MVP this year of the Super Bowl, but it’s all good, we got another shot,” Freeman said. …

“I don’t want to make this no competition thing with me and my quarterback,” Freeman said. “I’m just talking about from based off that game. Let’s (say) it like this: if I would have kept getting the ball, if I would have stayed in the game, I don’t know why I got out of the game actually.

That's the kind of guy you want to build your team's culture around. The guy who sits around in the Chernobyl field hospital telling all the other terminal cancer patients, "I hate to go there, but I would've been the Plant Employee of the Month if I hadn't left the water circulation system off for 10 hours. Did you see my safety numbers for the rest of April?"

Finally, on the theory that a fish rots from the head, especially the Loser Fish, you've got this report that came out a year later about Arthur Blank bitching about the Patriots championship rings.

Who, while building a DIY empire on the orange aproned backs of his underpaid, overworked employees, somehow never learned the lesson that to the victors go the spoils. And that if he hadn't danced around like the drunk at his niece's wedding and then went down to field level to teabag his good friend's team with his footlong nutsack, maybe he wouldn't have mushed his own team and he could've put whatever he damned well pleased on his own rings.

Now he and they won't be getting the chance any time soon. Couldn't happen to a more deserving franchise. Losers do loser things.