You know, grief is a funny thing. As Emily Dickinson put it, “After great pain, a formal feeling comes.” When Frodo had to leave Middle Earth, Gandalf told the Hobbits, “I will not say ‘Do not weep.’ For not all tears are an evil.” When George Costanza’s fiance died from licking the glue on the cheap wedding stationery he bought, he said “Wanna go get coffee?” The point being, processing a terrible loss is different for everyone.

Consider the Atlanta Falcons. Dan Quinn has decided to take blowing a 25-point lead head on, making “Embrace the Suck” the most depressing team marketing slogan of all time. But Matt Ryan is opting for the approach of not talking about it in public, pretending it never happened and clutching his knees to his chest fully clothed in the bathtub and sobbing quietly with “Jar of Hearts” on constant replay.

Devonta Freeman is trying something else. Massive self-delusion:

AJC –  In an appearance on SiriusXM NFL Radio with Brady Quinn and Bruce Murray [Freeman said] that if he had stayed in the game in the fourth quarter, he would have been crowned Super Bowl MVP.

“I hate to go there but I was supposed to be the MVP this year of the Super Bowl, but it’s all good, we got another shot,” Freeman said. …

“I don’t want to make this no competition thing with me and my quarterback,” Freeman said. “I’m just talking about from based off that game. Let’s (say) it like this: if I would have kept getting the ball, if I would have stayed in the game, I don’t know why I got out of the game actually.

While I’m quoting Dickinson, the great poet Belichick once said “Stats are for losers.” Let’s instead skip the numbers and Freeman’s own hypotheticals and look at what the Almost MVP did when the actual game was actually going on and one or two plays from being over:

That is seriously one of the worst plays in Super Bowl history, if not the worst. The kind of thing that would get you cut in camp if you were a 6th round pick. He went totally catatonic, frozen where he stood like he’d looked into the eyes of a Basilisk. It reminded me of a legendary play from the bad days of the Patriots, when linebacker Steve Kiner didn’t move for an entire play. 21 bodies flying around him and he never budged. After the whistle, teammate Edgar Chambers came over to check on him and he said “I … I think I better leave the field now.” Kiner gets a pass because it was the ’70s and he probably had a medicine cabinet filled with hallucinogens in his system. What’s Freeman’s excuse?

Let’s break this down into frames like the Zapruder film:

Frame 11 - Freeman misses the 270lb linebacker who couldn’t be making it more obvious he’s blitzing if he’d called ahead to reserve a seat on Ryan’s ribcage: 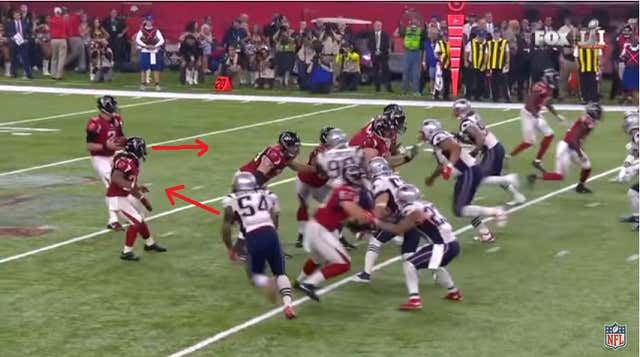 Frame 23 – Hightower blasts by him virtually untouched. If Freeman had laid down on the ground like a mall parking lot speed bump, it would have been a more effective block: 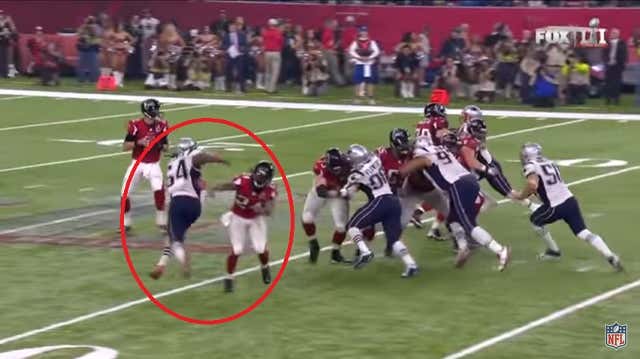 Frame 28 - Freeman is a $5 Uber ride away from his number one assignment: 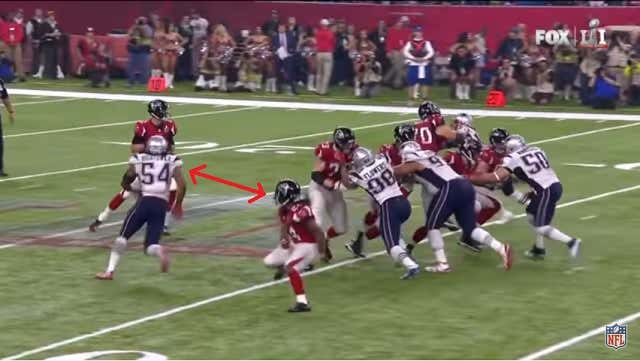 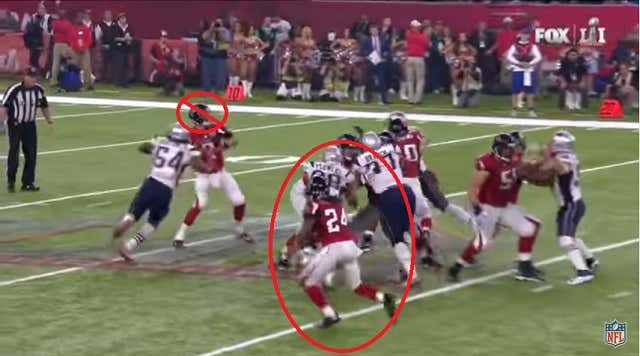 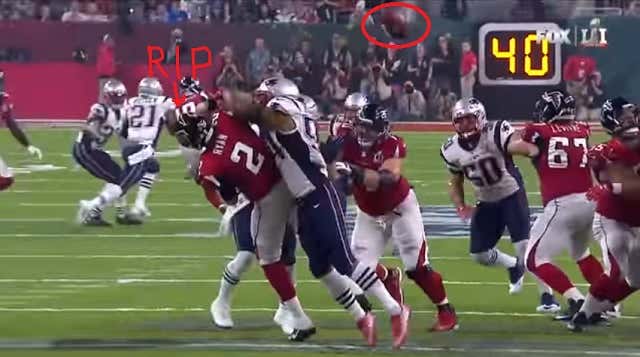 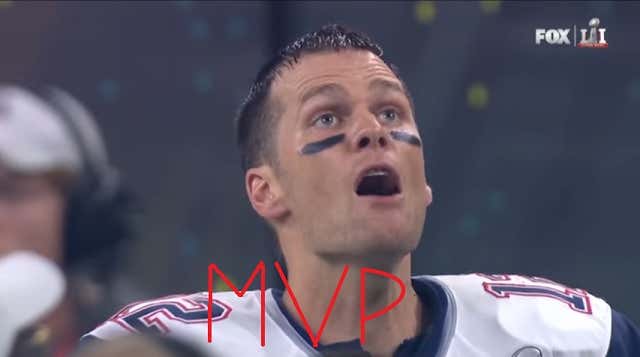 If Devonta Freeman bragging about his own numbers in the most humiliating loss in sports history is indicative of the attitude of even three guys in the Falcons’ locker room, they doomed as a team. I’ve been saying all along they will not bounce back from 28-3 any time soon. After hearing this, I’ve got them at six wins. And that number might keep dropping. People who say loser things are always losers.