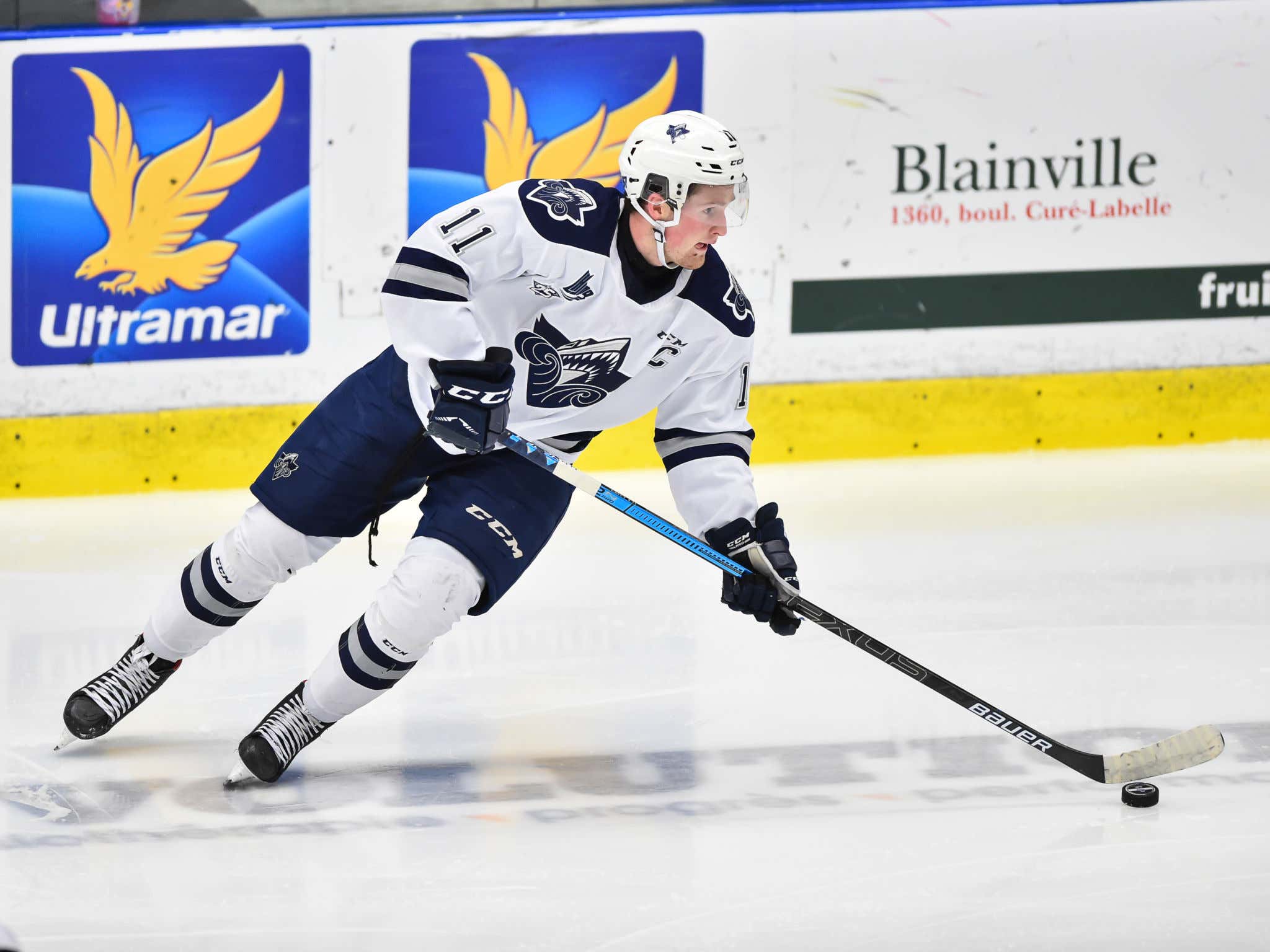 No other franchise deserved it more. This union between player & organization was a foregone conclusion ever since that fateful day…

…but now it's official. With the first pick in the 2020 NHL Draft, the New York Rangers select Alexis Lafreniere.

Let's be honest - the Blueshirts' recent run of single-digit picks hasn't been sparkling so far. Lias Andersson may not even have an NHL career. Vitali Kravtsov hasn't turned 21 yet but expectations across most of the hockey world have fallen so far he was actually ranked behind Brett Howden among players in the organization 22 or younger. Kaapo Kakko, regardless of the improbable expectations fans put on the 18 year-old, had a brutal rookie year. Obviously they shouldn't be written off by any stretch - especially Kakko - but as of right now NY has gotten zero from any of their single-digit picks since 2004. With Lafreniere in the fold on top of Kakko getting a year under his belt and Kravtsov currently shining in the KHL, that's about to change.

It'll be interesting to see how he slots into the opening night lineup. The Rangers will want to keep him comfortable playing left wing but he'll be looking up at Kreider and Panarin. You're not asking your Hart finalist to change positions & you're not paying CK $6.5M/per to play on the third line - so I wouldn't be surprised to see Kreids jump over to the right side at some point (which he's done before) & make room for Laffy in the top six. Whether that happens right away or not remains to be seen, but it's never a problem to have too many top-sixers.

One thing is certain though. The addition of Lafreniere puts an end to the rebuild. Cupboards are now full. The old guard is out and there's not a player who currently projects to be in the regular lineup older than 29. That's not to say the championship window is open but after last year's success (in comparison to expectations), another year of development for their current pieces and now tacking on the unquestioned top player in the draft - the bar has been raised. There's still moves to be made once free agency opens Friday so today's roster will be tweaked some. Regardless, playoffs are the new benchmark going forward. It's not up to Lafreniere to take the Rangers there but, by adding him to a bus driven by Panarin, Zib, Fox & Shesterkin, there's only one acceptable destination.

I've always been a "take it off" kinda guy until right now.