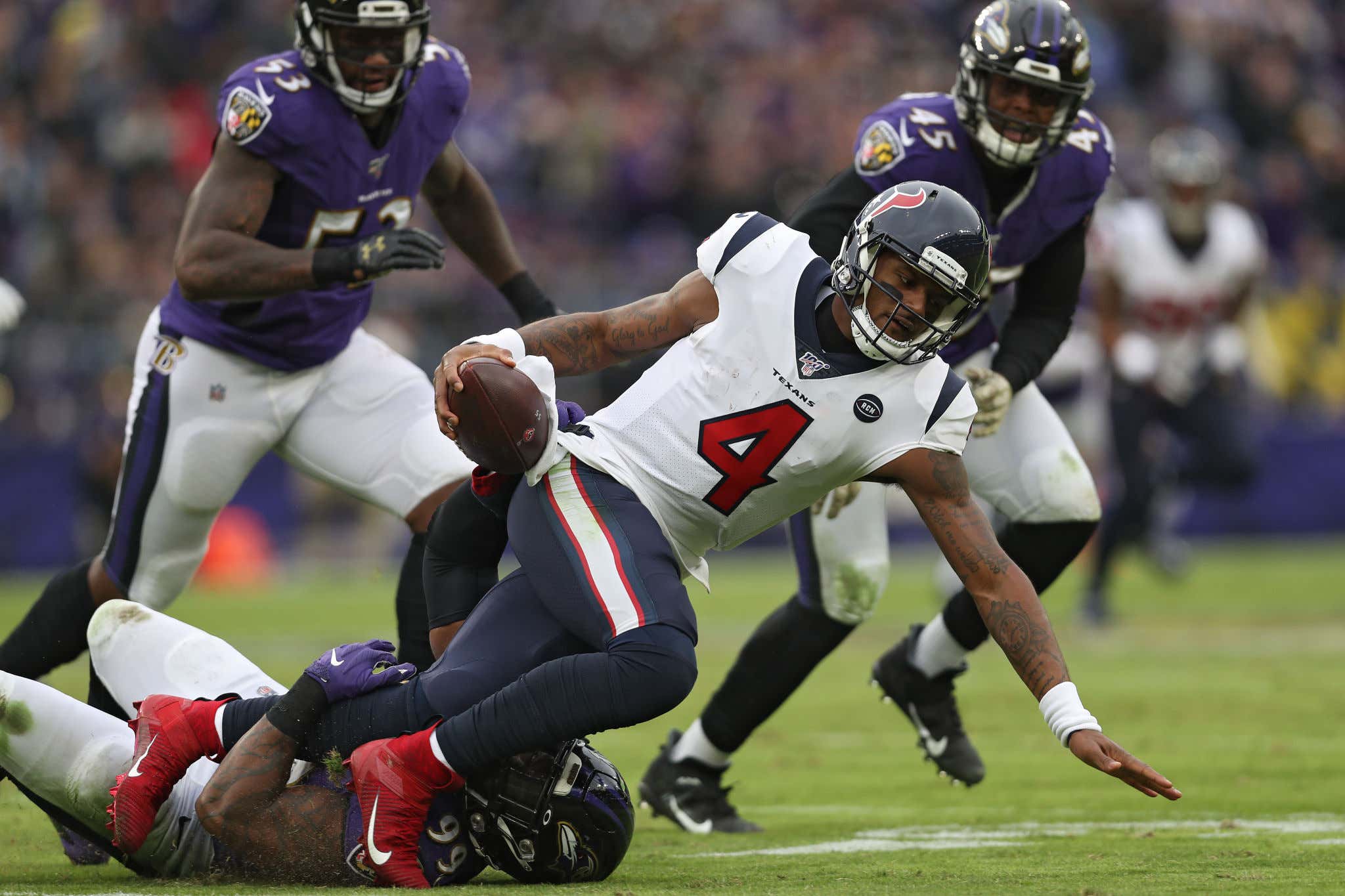 Today the Ravens hit the road for the first time this season to take on the defending AFC South champion Houston Texans. The Texans had the great misfortune of having to follow up that 10-6 campaign with matchups against the Chiefs and Ravens in the first two weeks. That's damn near an auto 0-2 start. Or at least if things go to plan today.

This isn't the first time that Deshuan and Lamar have seen each other in this league. Last year the Texans came to Baltimore and got the brakes beaten off of them, 41-7. In that game the Texans had a chance to get ahead early, but the Ravens had the fortune of having a potential pass interference by Marlon Humphrey on DeAndre Hopkins go uncalled in the end zone on a 4th down. Eventually the Ravens got on the scoreboard first, which has proven to be a death sentence for teams with Lamar Jackson at the helm.

Therein lies the key to today's game, like most against the Ravens. The Texans can't afford to not capitalize on opportunities and fall behind again. They drove into the Ravens' territory on their first two possessions and came up empty. They have to punch it in to even have a chance today. They looked pretty unspectacular last week against the Chiefs, which is easy to do, but there's evidence to believe that they weren't quite as good as their 10-6 record suggested. Their point differential wasn't even on the positive side. This game really shouldn't be close, so they're going to have to have a lot of things go their way to stay in it.

On the Ravens side of things, expect more of the same from last week against Cleveland. The one thing I'd like to see a bit more of is success on the ground. The run game was the staple of the team's identity last season, and they really didn't move the football well between the tackles last week. Mark Ingram led the running backs with only 29 yards on the ground. Some of that can likely be attributed to the absence of Marshal Yanda at RG and a gameplan to attack the Browns' depleted secondary, but I'm hoping that it was a blip and not the new norm. There's nothing I love more than a 10 minute shove drive on the ground. We'll see.

Either way, this is a great opportunity for the Ravens to send another message to the league and move to 2-0 heading into the biggest regular season game of the year. I expect them to do just that and take care of business.