Fox News - As part of Exotic’s Revenge collection, which was made in collaboration with streetwear brand Odaingerous, a new line of underwear will be released in early September, according to TMZ. The line will include several tiger-print options one option that has Joe Exotic’s face printed on the crotch.

The line will be released Sept. 7, which is the two-year anniversary of Joe Exotic’s arrest.

According to TMZ, the original clothing options in the Revenge line that were released in May sold out in only a few hours.

The underwear will come with both men and women’s options, and the boxer-briefs will reportedly be made from 100% cotton, according to the New York Post. The designs will also be placed onto the clothing using a full-color sublimation print that will reportedly ensure that Exotic's image doesn’t fade.

on the day ABC makes the wild choice to feature her on Dancing With The Stars?

I know everybody is curious what these briefs and panties will look like so don't worry, I did the legwork for you. Here you go - 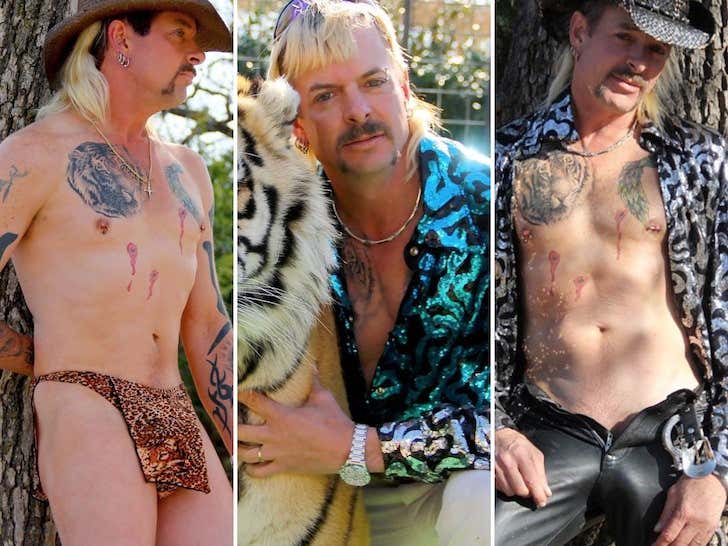 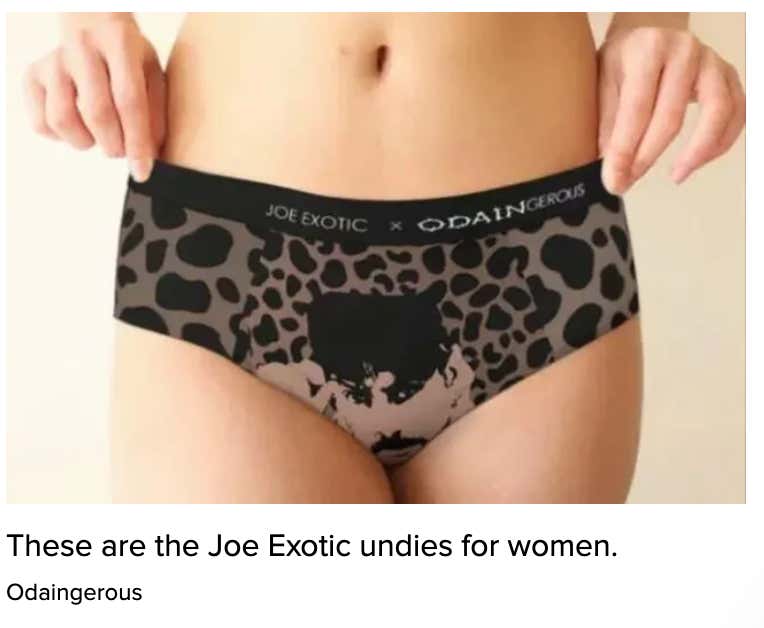 They say everything happens for a reason. And there's no better proof than the long twisted journey Joe Exotic has endured. His dream of becoming a fashion maven might have taken some strange twists and turns along the way. And he might be doing a pretty real bid in prison. But I'll be damned if it all didn't come together. He now has a fashion line so hot you can't even access the website it's sold on.

p.s. - they said it couldn't be done. But it has. Three dick blogs in three days.