Solid copper, the dongs were decades old and someone — he won't divulge the source, who prefers to remain separate from their eventual use — had offered them up.

As the Trump presidency went on, Manka struck on the idea of using them to create Trump's face. The urgency grew as this election cycle started to heat up. So he bought them from the anonymous source and projected Trump's face down on the ground of his studio and set about, over the course of a week, the process of creating the portrait. It took some effort to create the right shadow effects through careful consideration of dong length, density and shape, and hours on a catwalk installed over the space so that Manka could place each dong by hand without knocking anything over, but the end result is unmistakably perfect.

"I wonder what a successful public display would be," he said. "Some kind of presence along the trail — there's a debate here, and that's good chance. But with it being horizontal, all you can see up close is something like a futuristic city of towers, this field of dongs." 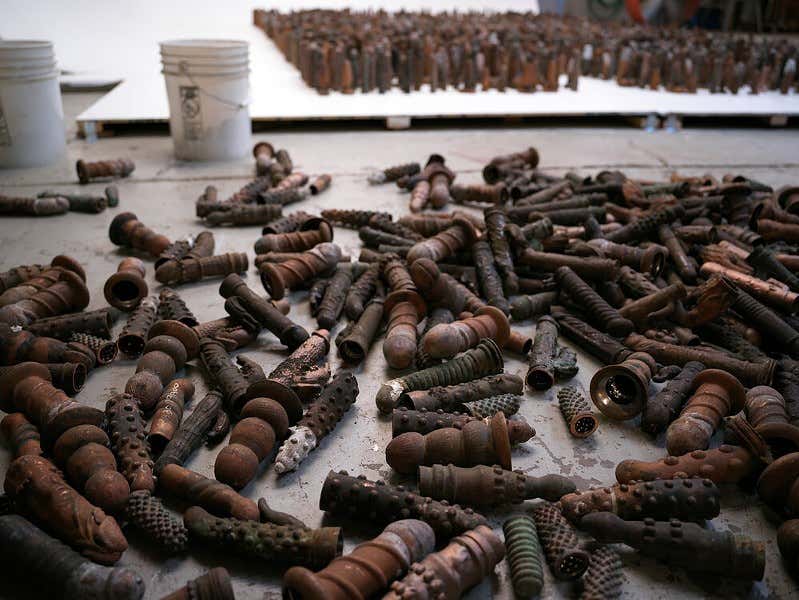 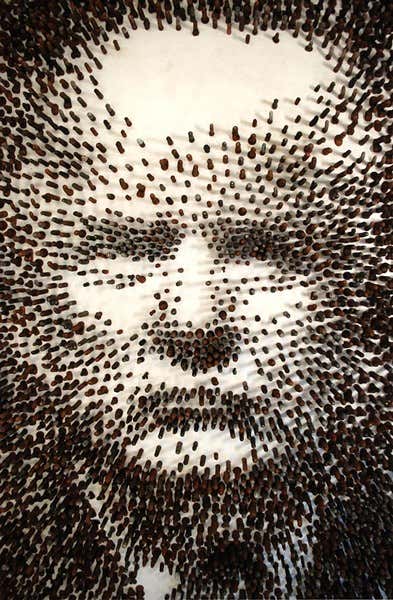 My work is done here.