Oh boy, where to start? 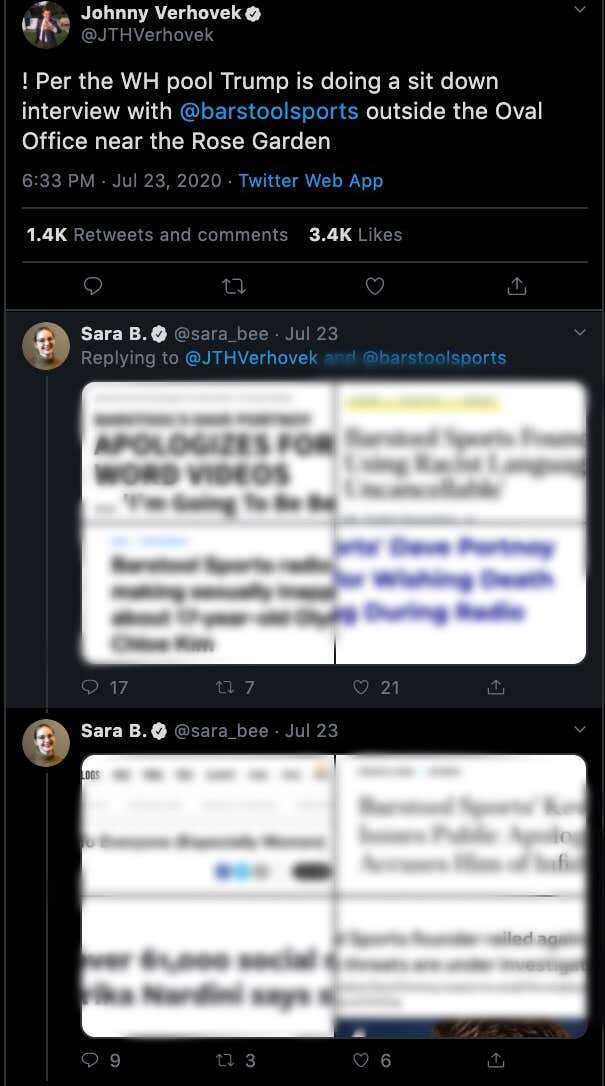 It’s recently come to my attention that the damning headline of a piece I wrote when I was much younger, almost 10+ months ago now, has sparked controversial buzz on Twitter and implicated me in a steamy exposé of my current employer. Namely, a reporter for the prestigious Huffington Post used me as "cancel fuel" in the form of the poster boy for Barstool's "rampant misogyny." 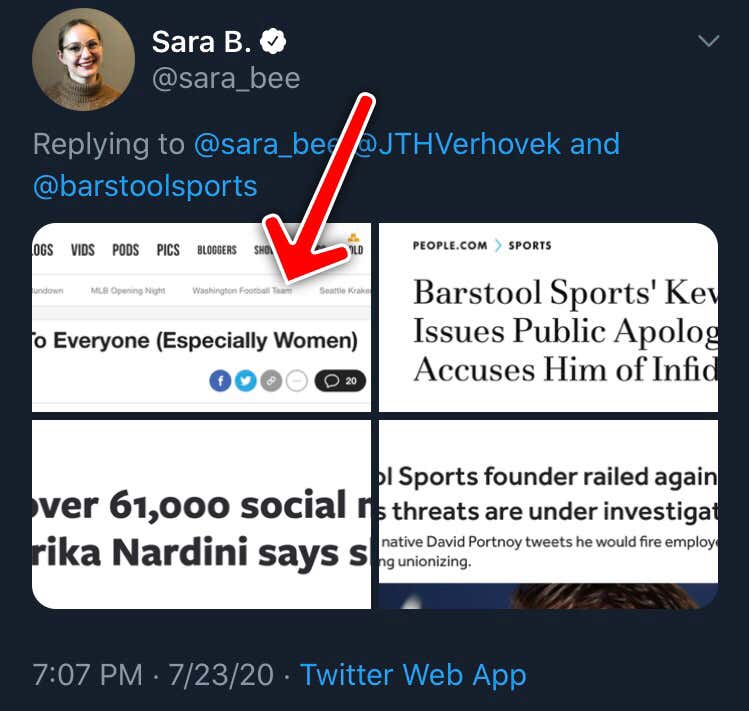 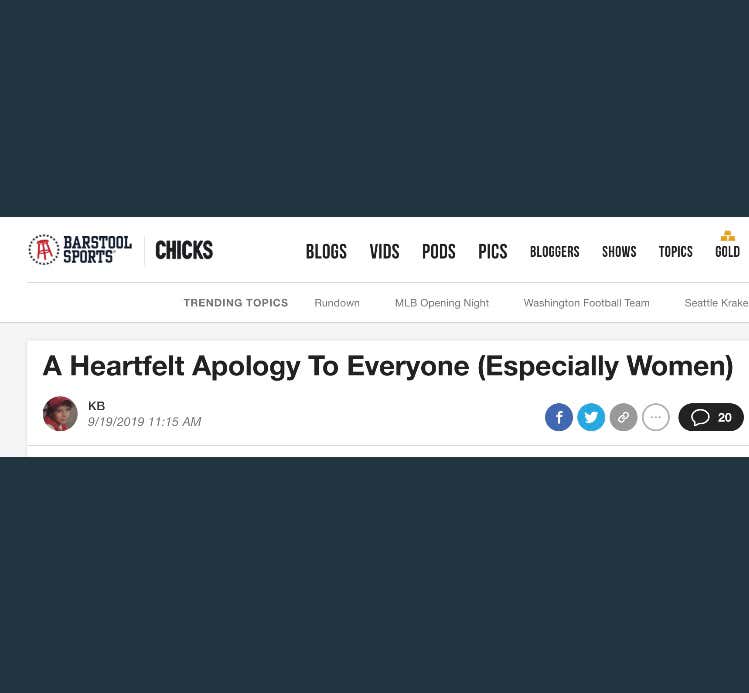 I know, I know. That headline does, in fact, make me look really bad, and there's no excuse for even writing it in the first place. I done goofed and the damage was already done. By posting that I was just adding fuel to the fire. Everyone knows the only time an internet personality is forced to publish a public apology, especially a “heartfelt” one, is when they sincerely fucked up and desperately need to save face. 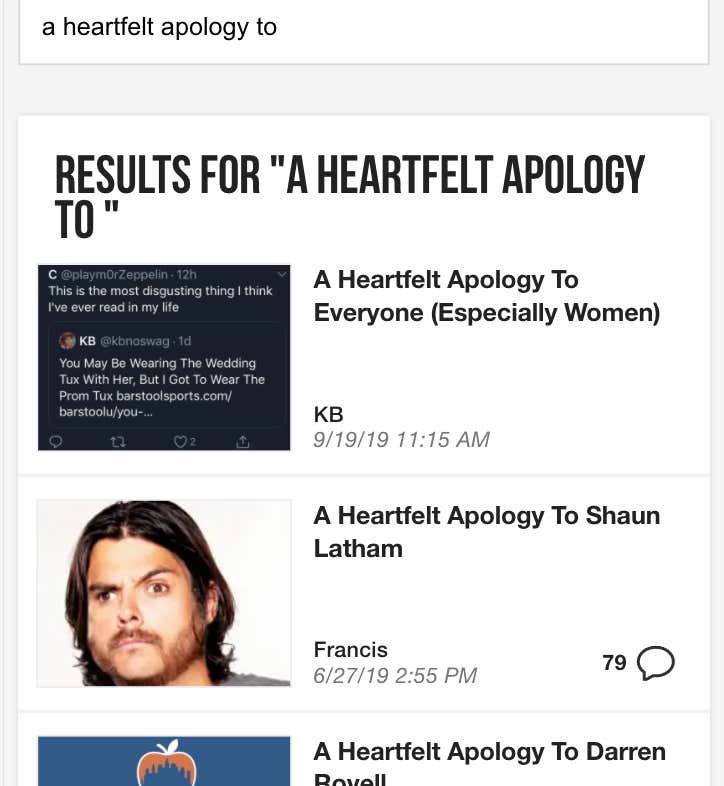 In the aforementioned apology blog, I was ignorantly trying to express my sorrow to the people on Twitter—especially the women—who were offended by my satirical behavior toward my fictional prom date. I understand now that merely apologizing to those ladies did nothing to erase the pain and revulsion I made them feel with my sick and twisted sexism. If I was truly on their side, I would've deactivated and retired right then and there. 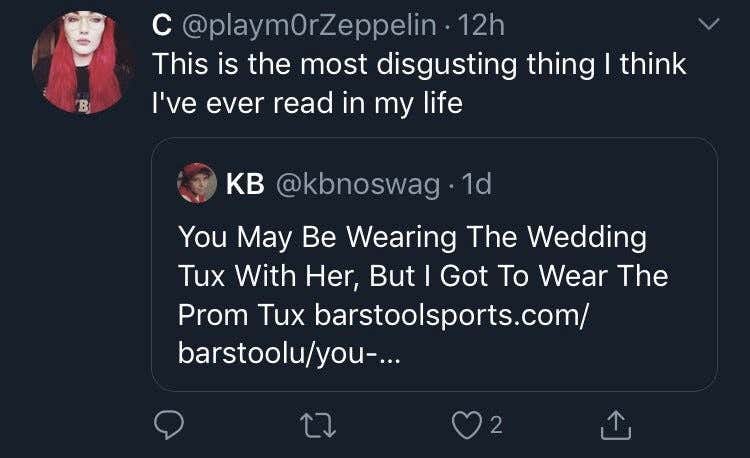 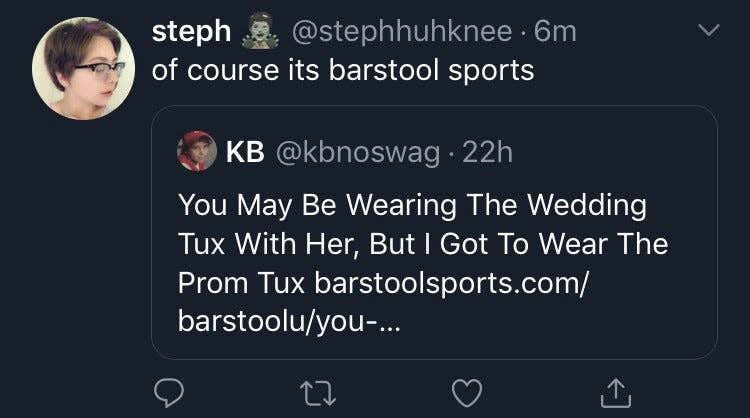 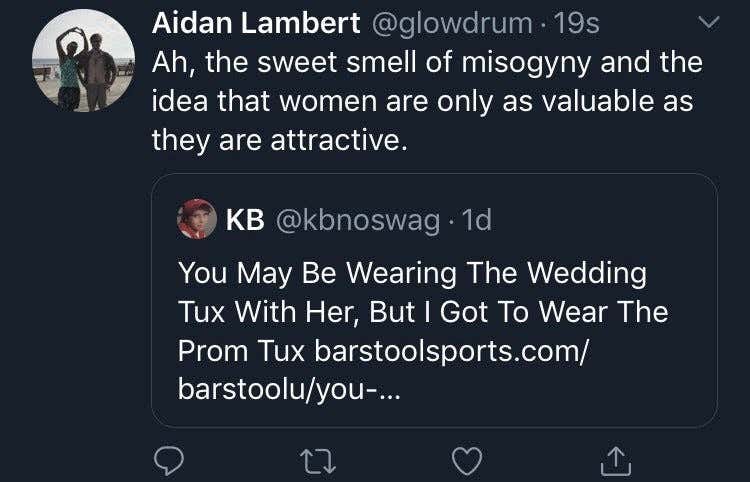 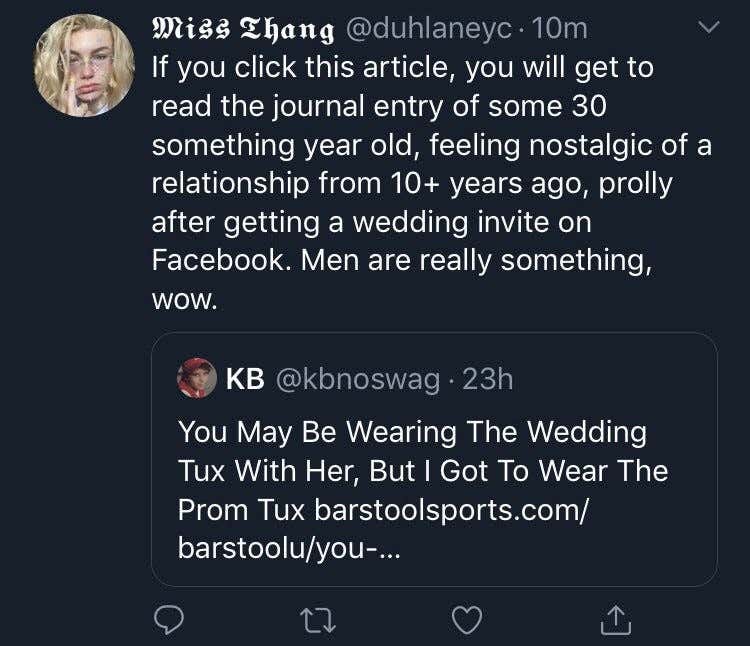 If there’s anything I learned from this recent fiasco, it’s that apologizing to Sara for apologizing to women isn’t going to cut it. Doing so would only throw myself even further under the bus and lend credence to future hit pieces. 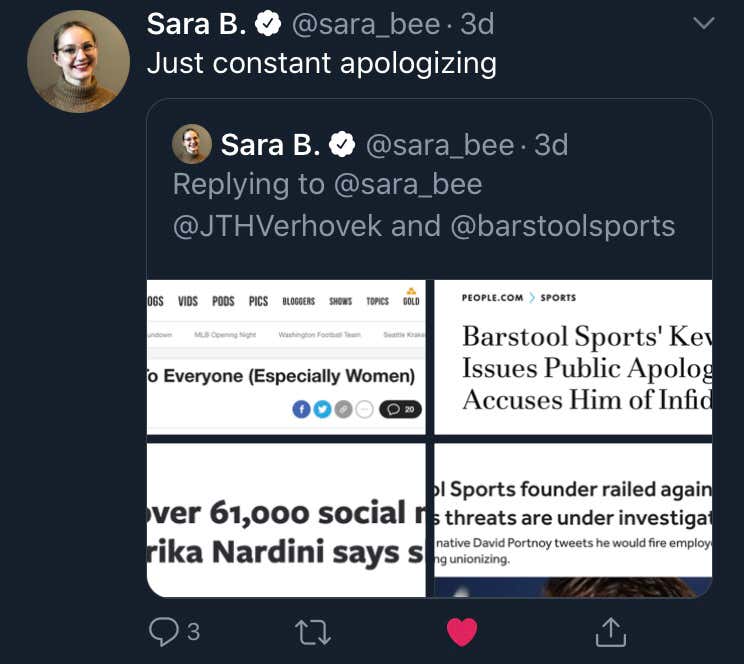 What I can do, however, is use my platform to empower Sara and elevate her voice. It pained me to see all the tediously-compiled research she put into that scathing Twitter thread fall victim to goose eggs in the retweets/likes department – something that unfortunately seemed to be the norm for her and her colleagues' posts. So in order to highlight how much I respect her as a woman in the media, I'm going to offer up my free, unsolicited advice on how she can boost the engagement on her tweets.

This one was actually pretty good! Paula Cole is a relatively famous singer, especially for a woman. And it’s semi obvious that Sara was attempting to parody the title and chorus of Paula’s hit 1997 song Where Have All the Cowboys Gone? by replacing the word "cowboys" with "bobby pins," the teeny-tiny hair apparatuses that are notorious for being easy to lose or misplace, especially for women

Not to “mansplain” wordplay to Miss Bee or anything silly like that, but a good rule of thumb that I, as a male journalist/internet comedian, like to follow is only swapping a word or phrase with something that is phonetically similar or syllabically equal. As much as I wish they did, “cowboys” and “bobby pins” sound absolutely nothing alike, and that’s one of the main reasons her tweet fell fucking flat. The other reason it statistically sucked ass is because it didn’t include a reference to someone more famous, like, say, a male musician. Here’s how I would’ve crafted the tweet if I were her:

This one is undeniably relatable and topical, especially to women, but I couldn’t help but notice that it’s missing something: a reference to a well-known man or male celebrity. If Sara wanted to increase her numbers and obtain nearly multiple retweets on that post, she should’ve tweeted “Bike shorts really got trendy in the Nic of time huh” instead, and included a picture of Wild Hogs and Ghost Rider (films pertaining to bikes) star Nicolas Cage (Nic) looking at his watch (an action that pertains to time). 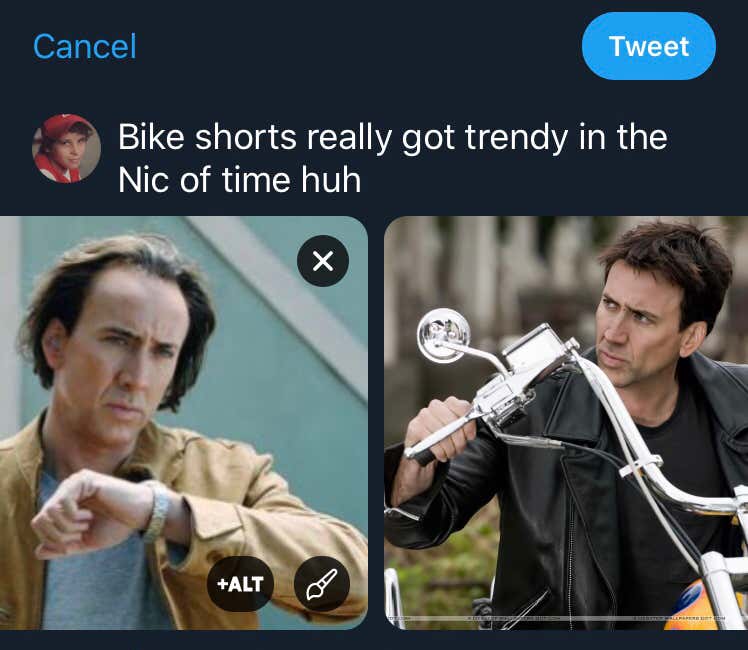 That’s all for now. A little Comedy 101 if you will. Hope that helps clear up some of the misconceptions about me.