Oh boy, where to start.

It's come to my attention that a blog I ignorantly published when I was younger, almost 50+ hours ago now, has resurfaced and sparked a controversial buzz on Twitter. If my audience would be so accommodating, I'd like to use my platform to clarify that the ideas and thoughts expressed in that poorly-worded piece do not reflect the person I am today, especially when it comes to my views on women, girls, and things like that. 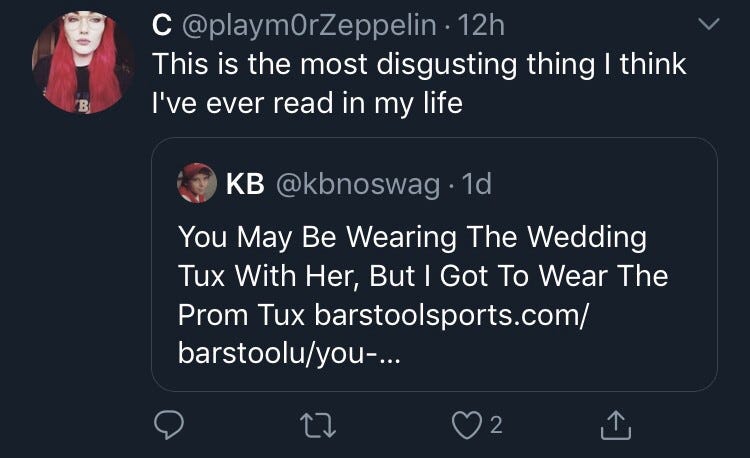 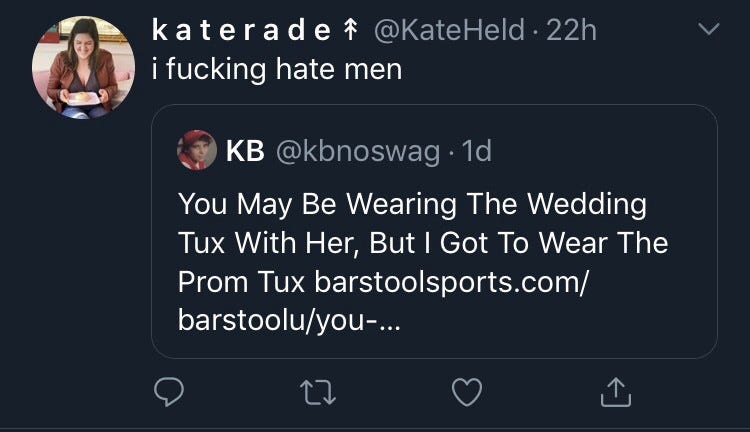 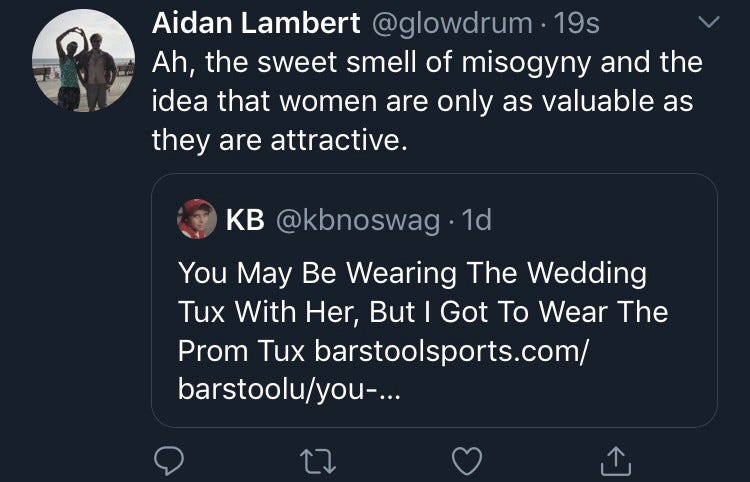 As the son of a woman, I know exactly how important it is to actively try to refrain from degrading them. While attempting to provide some unnecessary social commentary when I was still a boy, I (in true asshat form  -  thank you Aidan Lambert) inadvertently offended many who were genuinely grieving the cruel treatment of an imaginary girl I created in my head for the sake of parody. And I can confidently say that at this point in my life, I'd never go out of my way to treat a female like an object, or be misogynistic toward it in any way. I'm a Journalist who pushes boundaries. I sometimes miss. Ironically, I sometimes come across as the exact type of person I'm trying to satirize or make fun of. 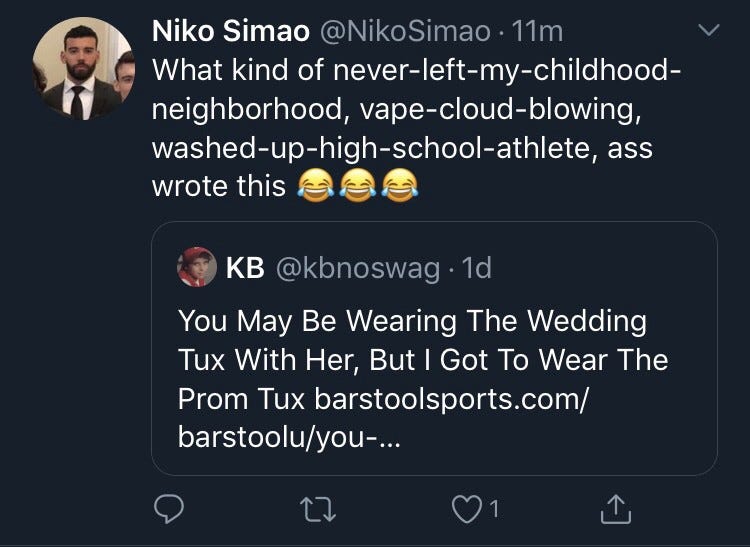 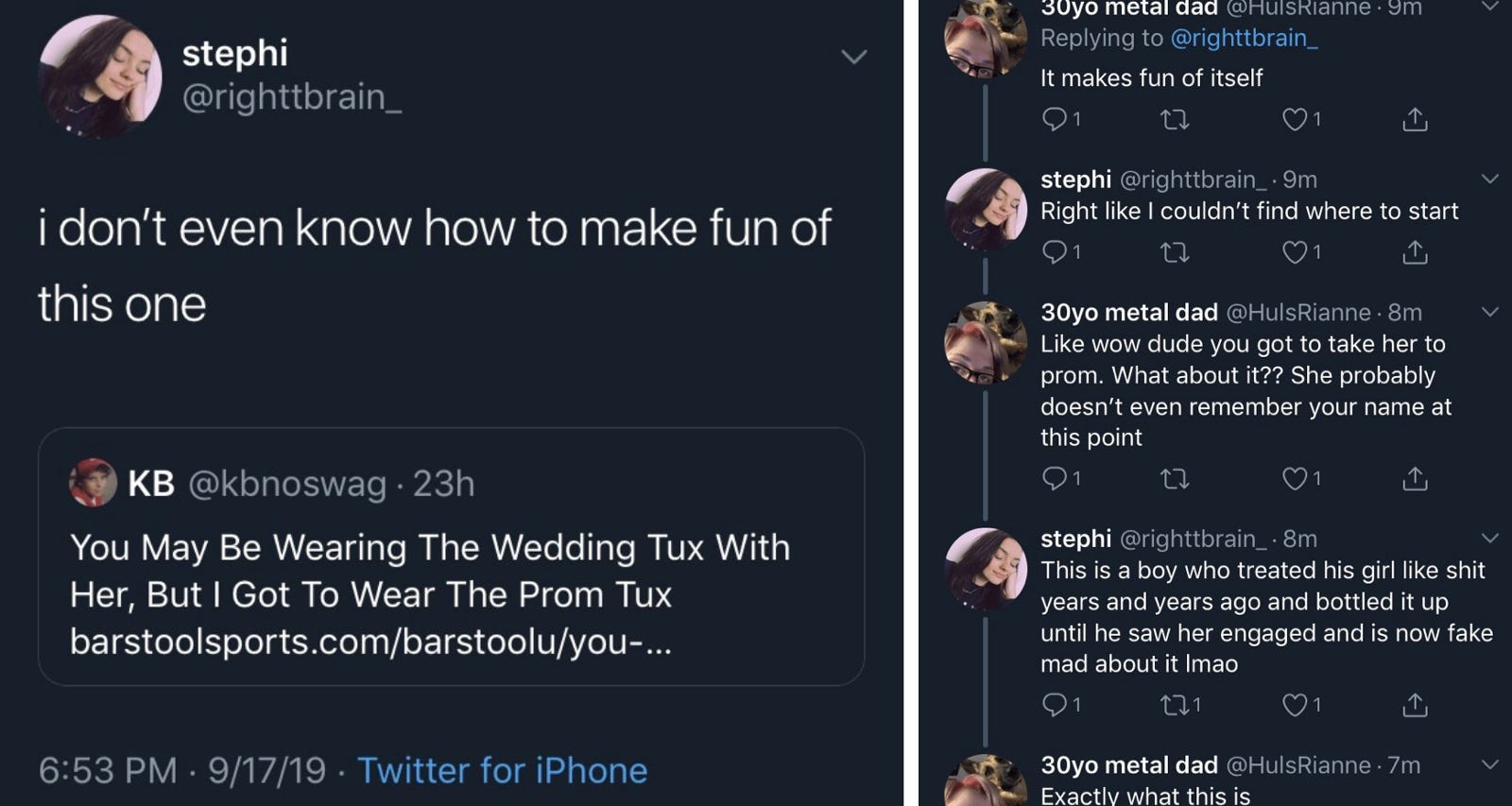 I'd be happy to individually apologize to anyone who was actually offended by anything I said. Especially if it's an attractive woman who would consider me more desirable for feigning sorrow or maturity. 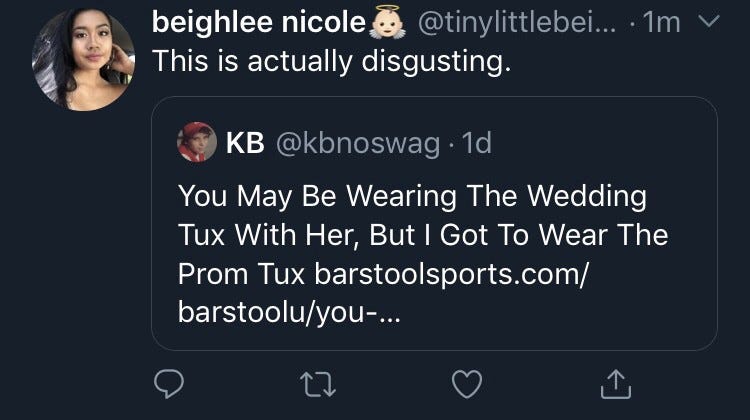 I was stupid, naive, and immature when I wrote that piece. Since then, I have become immensely more wise while learning a lot of new things about myself in the process. Some good, some bad. 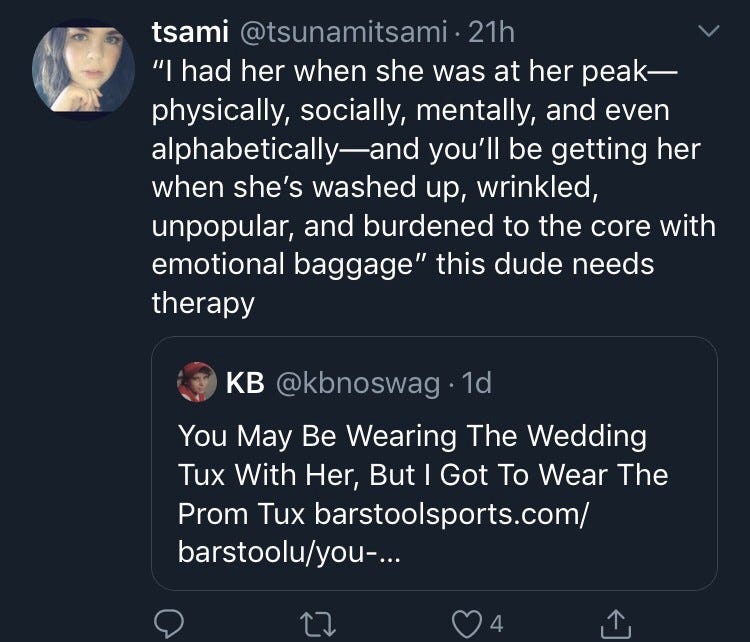 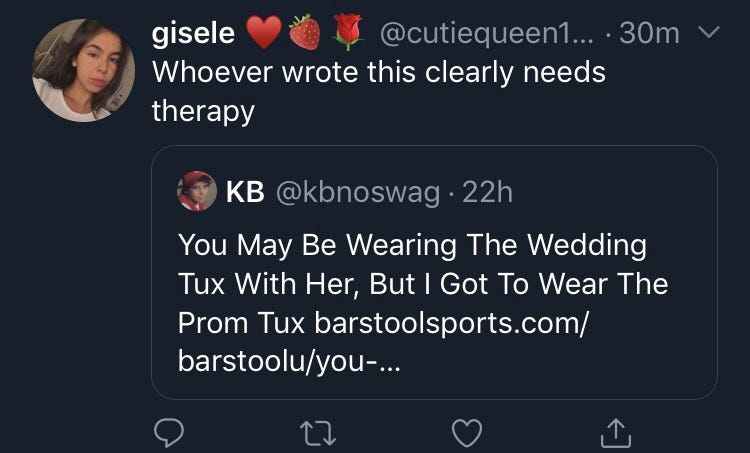 While the totality of my internet presence for the last eight years has made this point glaringly obvious to myself and everyone else, it was still difficult to see people like Cutie Queen explicitly state that I need therapy. 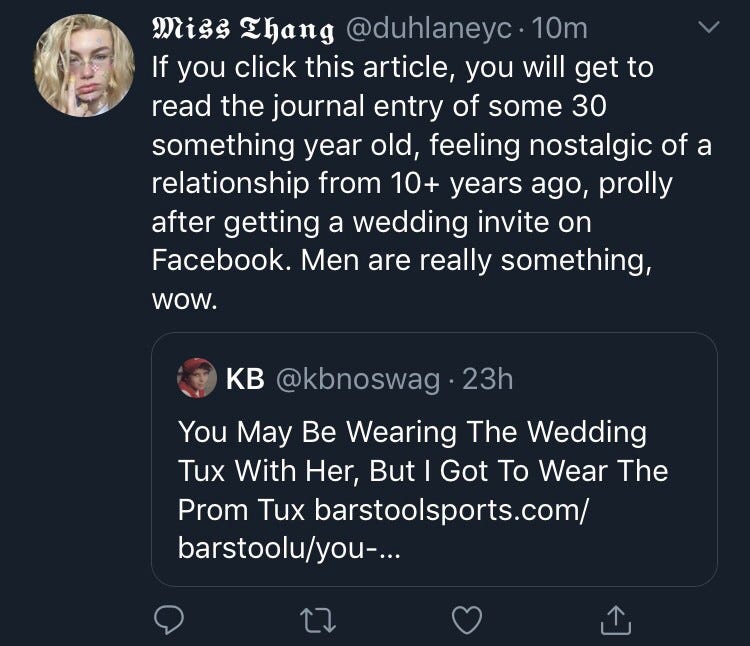 And getting psychoanalyzed by Dr. Thang taught me that I'm actually not a sociopath who lied to my friends about having a girlfriend in high school. She does exist and I am capable of feeling emotions about her. 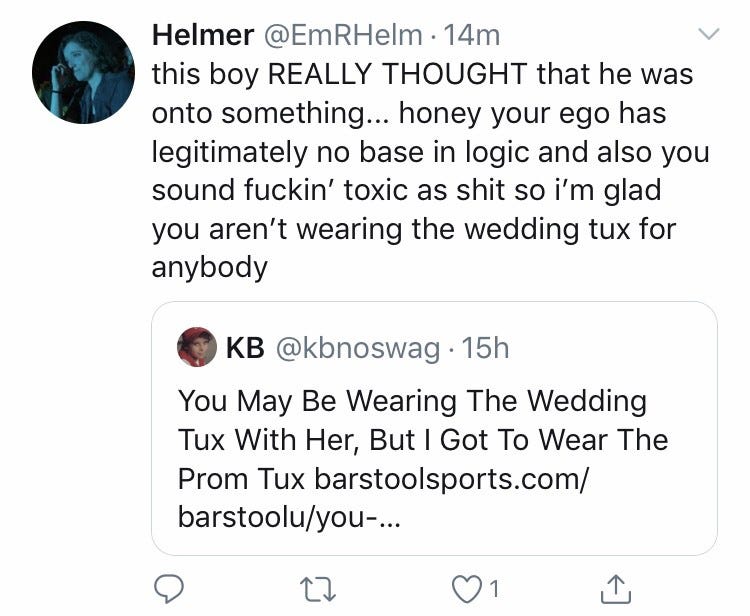 But why would I pay for therapy when modern scholars like B.F. Twitter are willing to get to the root of my problems for free?

I'll admit it, this one stung. My penis has always had a mind of its own, albeit an anxious and uncertain one, so being called out for that specific anomalous flaw was especially humbling. 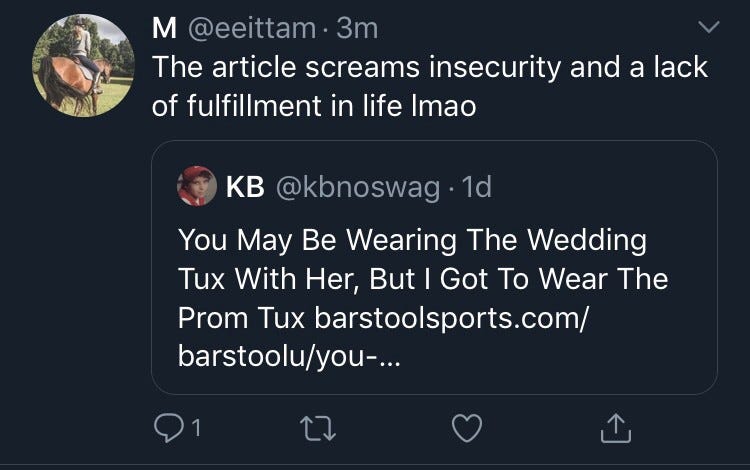 And seeing this young e-queen's harsh critique of my personality was also a tough pill to swallow. A horse pill if you will. 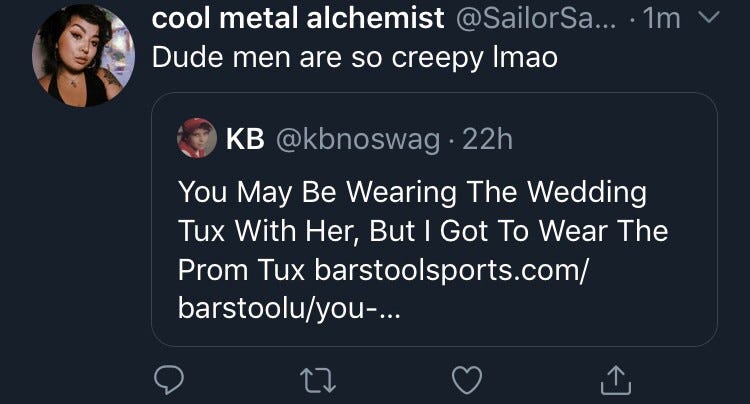 As a self-proclaimed "dude man," this allegation cut a little deeper than most of the cyber incisions I received. But I must admit, I can now see where Ms. Alchemist was coming from. I am creepy. 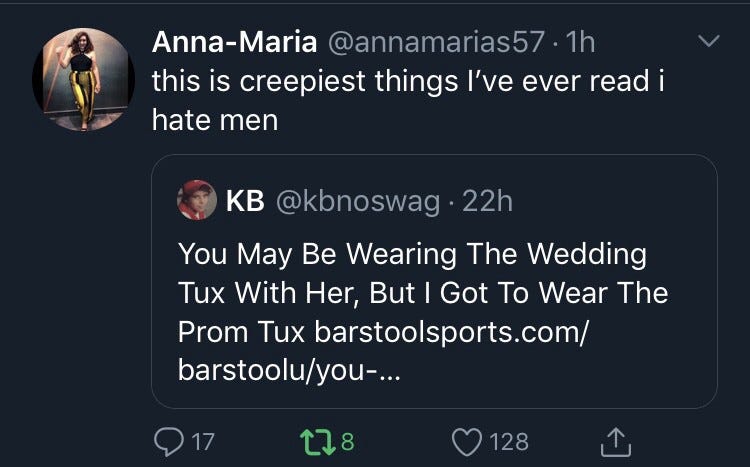 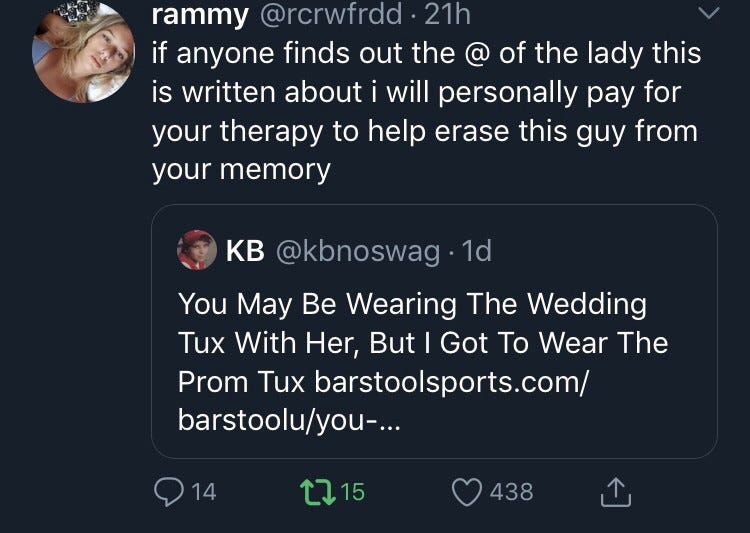 And although I'm sure the fictional lady from my blog post would be beyond appreciative that a random girl from Twitter offered to fund an Eternal Sunshine procedure for her, I realize that even that couldn't make up for the way I treated her. And while we're on the topic, there's nothing I can do to make up for the fact that I set my company back another checks notes two and a half months. 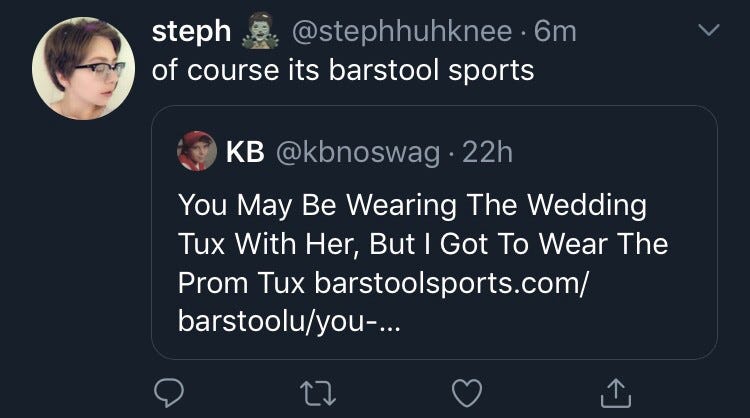 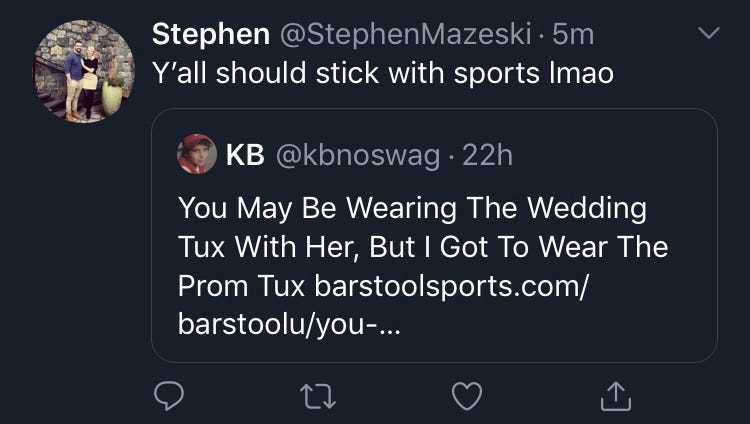 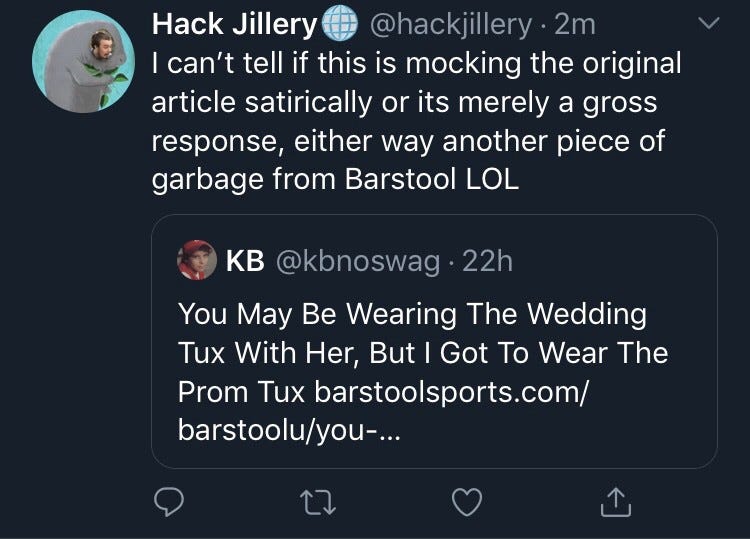 Not only my company, but my entire generation… 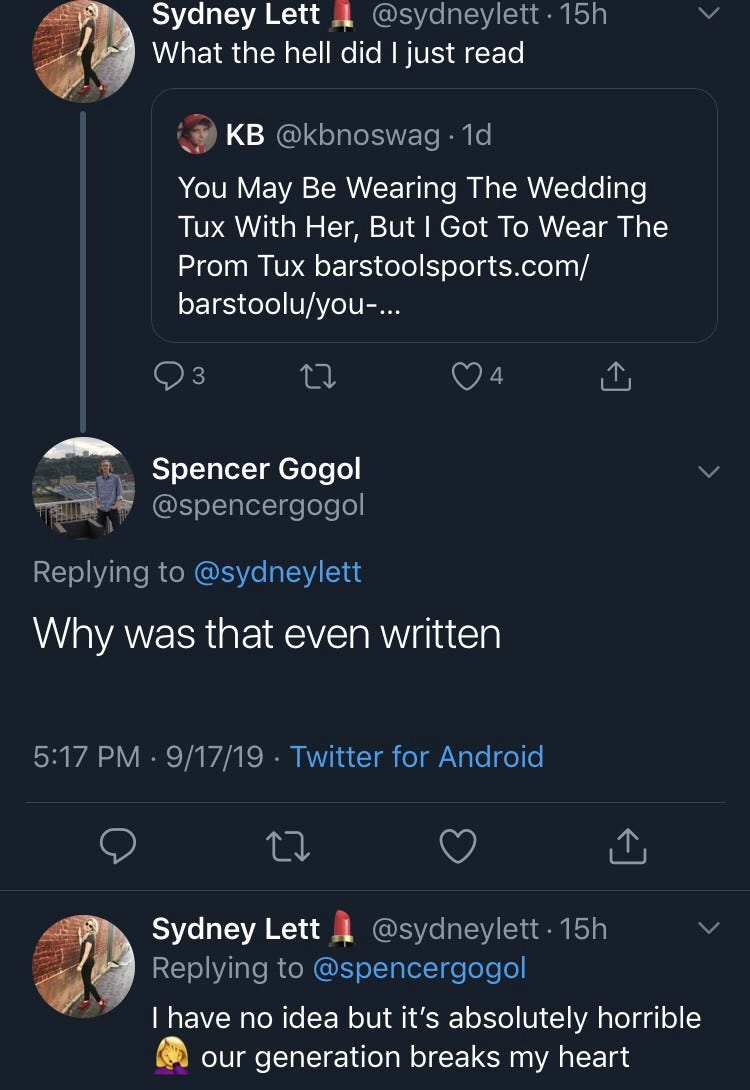 Realizing that I broke the hearts of so many young women over one stupid blog has, in turn, been heartbreaking for me. 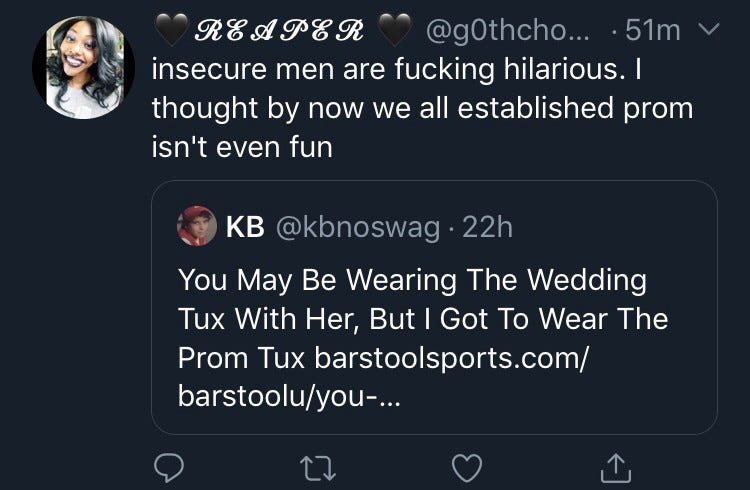 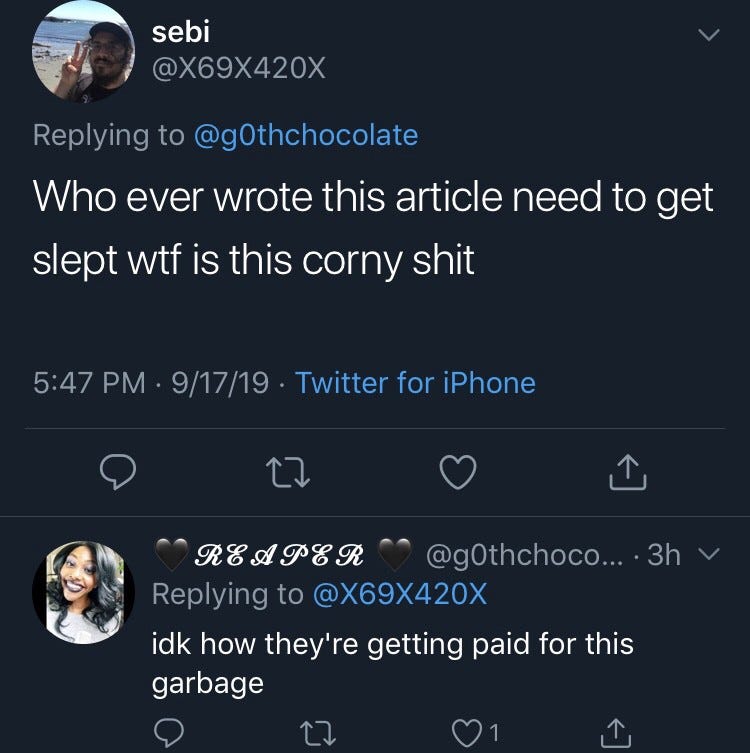 And now that I think about it, maybe I do deserve to get knocked unconscious and withheld pay for writing such toxic sludge. 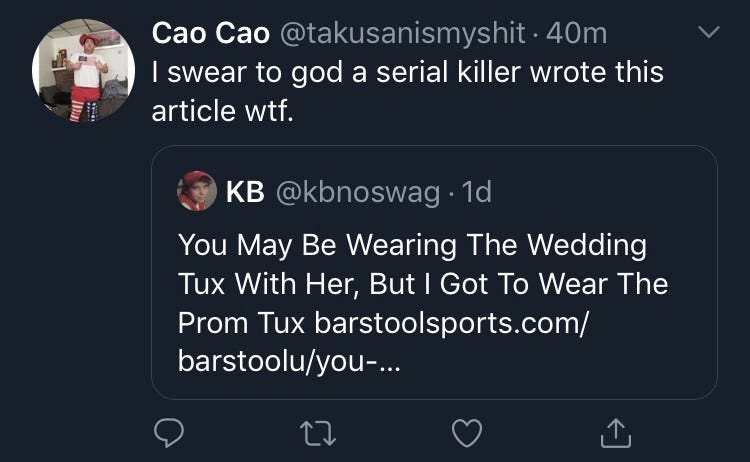 Maybe I do deserve to get labeled a psychopath and compared to the likeness of someone who repetitively murders people. My intention is never to hurt anyone, but I am trying to be the best journalist I can be and sometimes that requires risks. Shoutout to everyone who has my back and will still continue to support me from here on out. 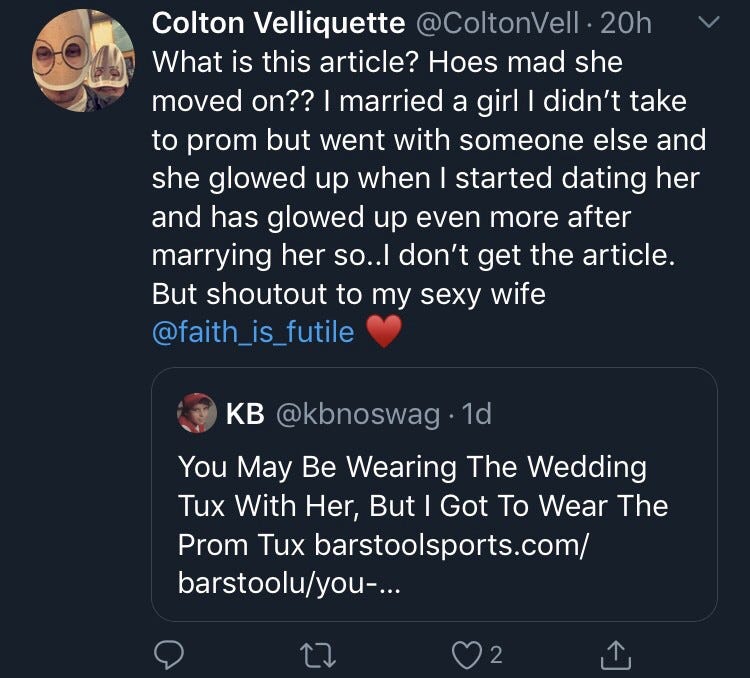 And shoutout to Faith.