It's old news now that our government has confirmed the existence of UFOs. 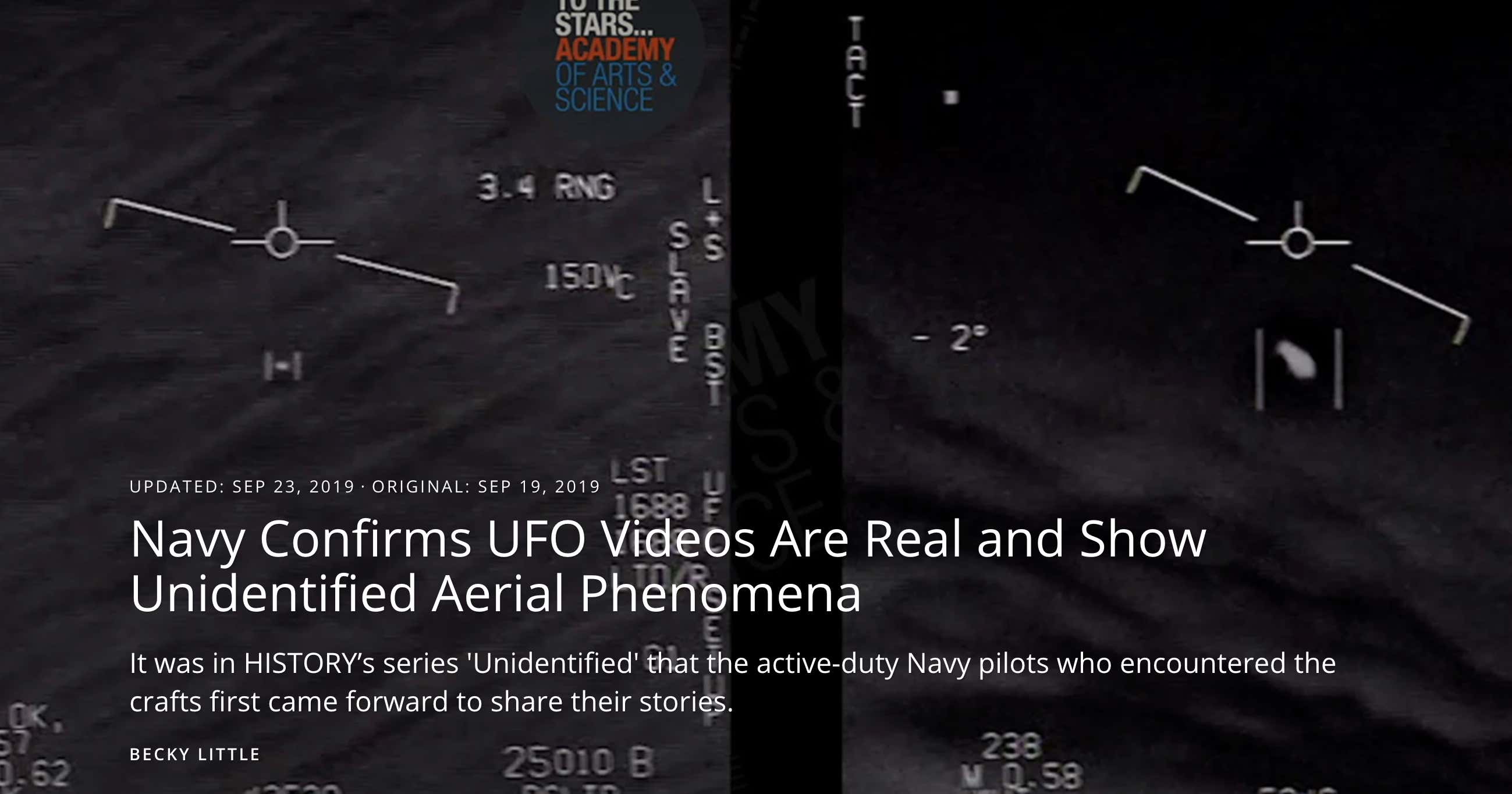 Can watch the interview Rogan did with the Navy Pilot who spotted these UFOs if you haven't already:

This is all fascinating stuff. But at the end of the day, it just confirms UFO's are real, not that aliens are. There's still the slim possibility that the navy pilot may have observed some type of advanced technology developed by another nation:

(NY TIMES) While retired officials involved with the effort — including Harry Reid, the former Senate majority leader — hope the program will seek evidence of vehicles from other worlds, its main focus is on discovering whether another nation, especially any potential adversary, is using breakout aviation technology that could threaten the United States.

But this news right here. This could be big:

Mr. Davis, who now works for Aerospace Corporation, a defense contractor, said he gave a classified briefing to a Defense Department agency as recently as March about retrievals from “off-world vehicles not made on this earth.”

A lot of people at Barstool are self-proclaimed "big Alien guys" and I consider myself one of the biggest. I actually was convinced that I was an alien until around age 10. My Dad tried to debunk my theory by showing me a video tape of my own birth (eww gross dude) but even then I just told myself "the aliens planted me in my Mom's womb." Long story short I eventually got an adderal prescription and soon after learned to except the fact that I'm just a regular old homo sapien. But this news that recovered material from off-earth vehicles may be confirmed within the next few years has me creaming my pants. I've always believed aliens exist, considering how unfathomably enormous the universe is, but had excepted that their existence wouldn't be confirmed in my lifetime. Rumors that the government had recovered alien materials have been around forever (Roswell, Bob Lazar, etc.) but zero concrete proof has ever been disclosed. I even went to Area 51 looking for evidence of their existence and all I found was a bunch of insufferable memers and youtubers naruto running in the desert.

There have even been reports that UFOs flew over some of our military basses and deactivated the nukes (indicating that if Aliens exist, they're pacifists)

For now though, all we can do is wait and see if the government decides to dish out confirmation of this in the coming months/years. All I know is that Trump seems to be willing to do anything and everything to help his chances of getting re-elected if he's inviting Dave Portnoy to the White House. Well the only the way I see him being able to actually guarantee a W, is if he releases proof of Aliens before November. Your move Donny.

Can check out the below two pods for more Alien talk: