So just as I predicted it was only a matter of time till cancel culture came for Barstool.  Why did I know they'd come for us?  Well twofold.

1. Everybody is getting cancelled nowadays

2. The No Fun Club fucking hates us.

So it was a perfect time for our enemies of which there are many to come for the throne.  Well unlike Jenna Marbles I will not roll over and cancel myself.  Listen if anybody wants to dig through our past I'm sure they will find examples of us making fun of every group of people on the planet.  After all we've been doing this off color comedy thing for 17 years.  The intent is always to make people laugh but I admit we don't always hit the mark.  But just like with everything in life when you dig deeper you’ll see our true colors.  That's why I wasn’t that worried about cancel culture. I knew that whatever clips or examples they dug up from the past 17 years would be taken out of context and I’d have the receipts to prove it.  How did I know that?  Simple.  Because despite what people want to believe about us we aren’t racist, we aren’t sexist and we aren’t any of the things the haters want to call us.

Anyway here we go.  This account has been tweeting non stop a clip from a rundown 4 years ago in which we discuss the first time Kaepernick kneeled.

Little did we know at the time what a huge issue or movement this would become.   If you want to call me racist for admitting the first thought that popped into my head when I saw this story without any context knock yourself out. I was pretty much admitting I wasn't proud of what I thought about to begin with.  And you can certainly say that Kevin went too far with some of his comments, but that was also par for the course for KFC when talking about everybody during those days.  You could say it about me to.  But here is where I have a problem.  Whoever posted this edited the video.  If you continue to roll it we discuss Kaepernick kneeling in more detail and say it’s to protest the treatment of blacks in the United States and we all universally agree that he has the right to kneel.  Dan even says it’s the most American thing you can do.   How convenient that whoever made this intentionally cut that part of the video out.

Oh and lets fast forward to our continuing coverage of Kaepernick.   I've included links to the stories if you want to actually read the facts.

1. We have Chaps defending his right to kneel. 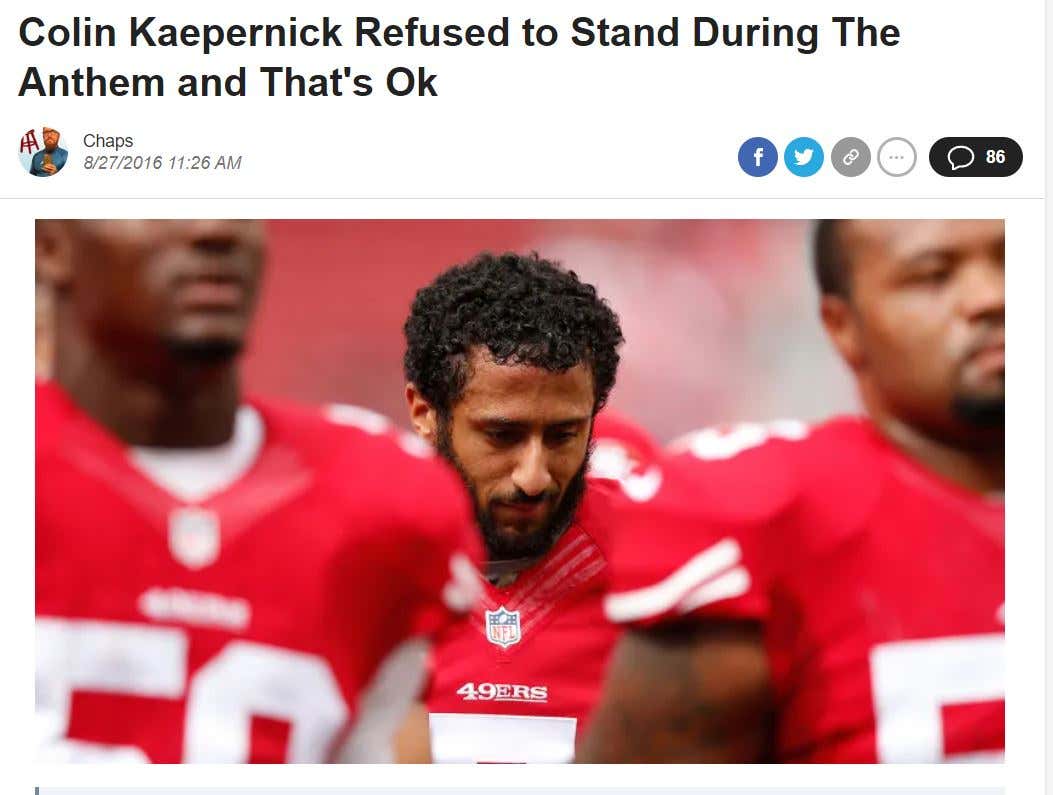 2. We have me arguing that Nike should pull sneakers if the flag offends black people. 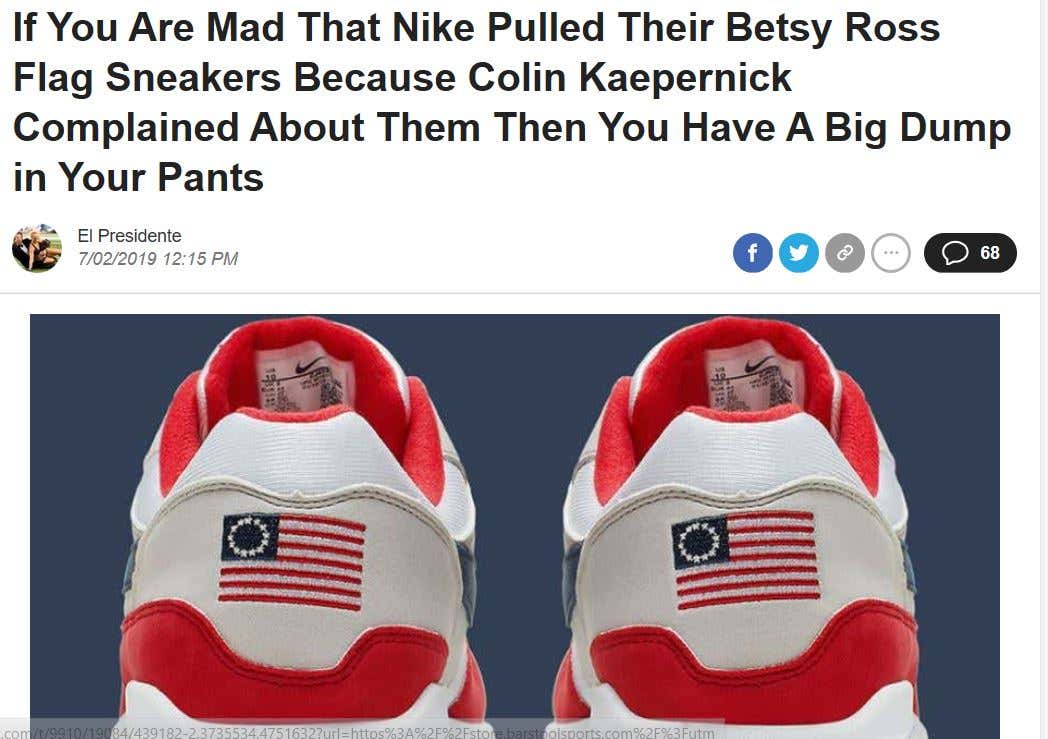 3. We have me saying Kaepernick should be on the cover of Sports Illustrated

4. We have Big Cat Talking About How Everybody Trying To Cancel Everybody Sucks

Oh and another two clips I’ve seen floating around from the same account is me using the N word twice.   Again both of these examples are pulled so wildly out of context that anybody with a brain has to know their was zero intent behind it.   One of them was a lyric from a Ja Rule song to announce that he was performing at our Superbowl party. I sang like 5 of his biggest songs when I announced the concert.  The other I was quoting EDP (Big fat Eagles Fan) from the time we went to the Eagles vs. Pats together.  He was literally screaming the N word every other sentence in the crowd and I was trying to explain how embarrassed I was and set the scene.  Obviously I wouldn't quote the N word today because times are wildly different, but if you think I’m racist for using it in 2 quotes in 17 years you are fucking nuts.

Again this is just a problem with cancel culture in general.  Yes lots of things clearly need to be changed in society and it’s great to have discussions about important issues.  But you also have people with agendas trying high-jack important causes and just cancel people they hate because they have personal vendettas or have lost to them in business.   In fact I'd argue whoever is behind this account is actually setting back any real progress by focusing on us.  This account is probably run by an ex deadspin employee with too much time on their hands since they are clearly unemployed now.  Unfortunately for them they are learning the same lesson so many have learned before them.  You don't cancel us we cancel you.