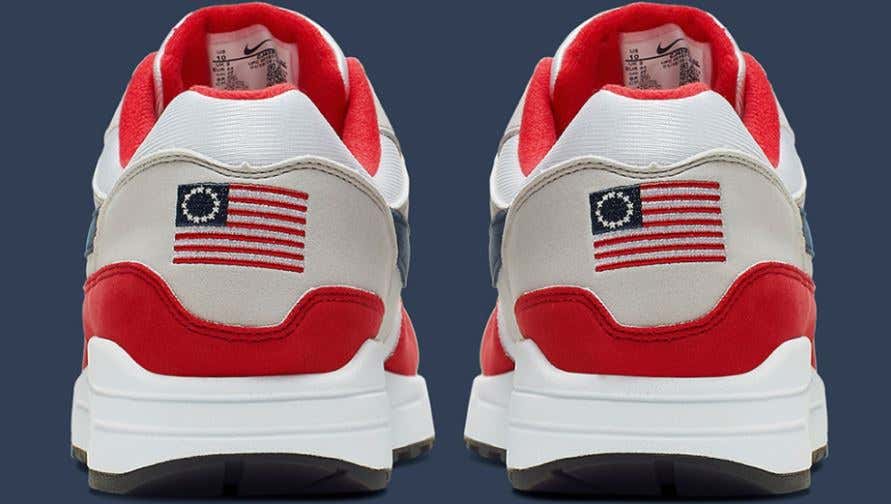 Ok so this has been a big story the last couple days. Apparently Nike was getting ready to release a 4th of July inspired sneaker with Betsy Ross’s flag on the back of it. It seemed pretty cool. I’d buy them. And then Colin Kaepernick complained because he said it reminds black people of slavery days and was insensitive. Now let me start by saying I hate Colin Kaepernick. I’ve long said that I think his protests and taking a knee were more about him not starting than being some great civil rights leader. I don’t think he would have put his neck on the line if he was still the man in SF. However he raises an interesting point here. The 13 star flag didn’t remind me of slavery, but guess what? I’m not black and my family weren’t slaves in America. But I guess in hindsight I could see how if I were black I wouldn’t love seeing a flag parading around from the colonial era when this country allowed slavery. If you can’t see how some people may be offended by that than I got nothing for you. This is one of those stories where people confuse PC culture and common sense. Bottomline is that if Nike wants to put a flag on their sneaker put the current flag that is inclusive of everybody. If people complain about than then ship them to the Middle East and see how they like it there.

PS – This blog is why I’m the only person you should trust in America.   I’m not Conservative.  I’m not Liberal.   I’m common sense.   If more people would use their brains instead of just having an agenda for every single subject everybody would be better off.