Alright, I'm not sure if that bear was actually trying to steal Boris Boy Cane’s wallet or simply giving him a slight mollywhopping before going about his merry way. But I wanted to give everyone a friendly reminder that as bad as things are here, they can always be worse...and are definitely worse in Russia. Worrying about social distancing, who is/isn't wearing masks, or getting the crippling virus that is causing the world to shut down is one thing. But having to keep your head on a swivel for any wallet hungry bears ON TOP of all the other bullshit is the reason Russia is Russia and we aren't.

Even the name and flag of the town where this happened (Yaroslavl) is peak Russia. 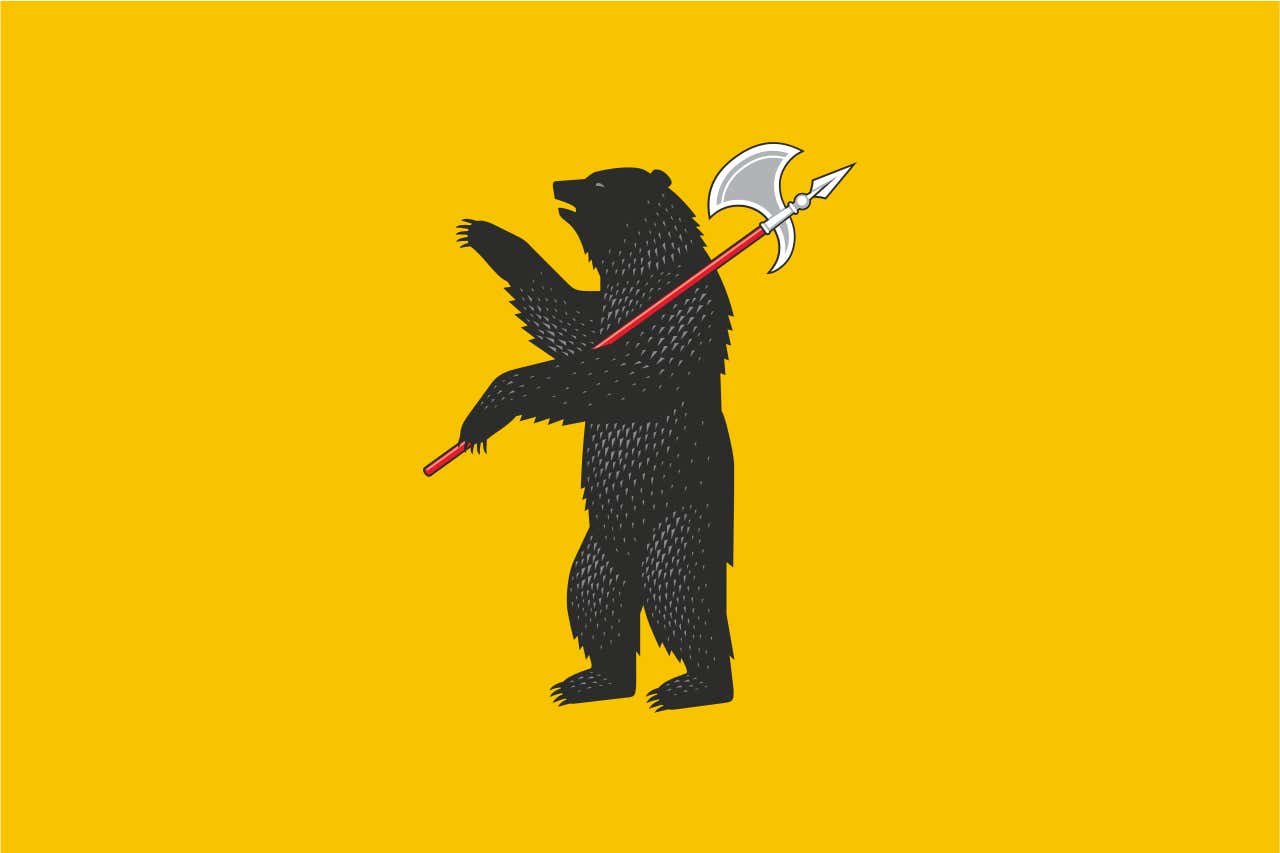 Videos like this are why I thank God I live in America just like that guy should thank God that was a bear cub, because if it was a full grown bear, that video would be on Liveleak with a big red NSFW tag instead of Barstool.

#BarstoolConfession: I want to clown that flag for being so outrageously Russian it hurts but holy fuck is it awesome. If Lyanna Mormont survived the Battle of Winterfell and was still in charge of Bear Island, there is no doubt in my mind she would've changed their flag to this.