Future's new album dropped today. As Coley pointed out, it took exactly zero minutes and zero seconds for it to become certified gold. Dominance. Champion. One of the greatest to ever do it. Future Hendrix.

Leading up to his album release, Future went on a little bit of a Twitter spree.

This, of course, is in reference to the wild amount of baby mama's Future has.

"She belong to the streets!" is Future's most popular saying at the moment. It's all over social media. 389k favorites on that bad boy above.

All these tweets started rumors that he and Lori Harvey (Steve's daughter) have broken up.

Did Lori break Future's heart? Did the getter get got? Where I turn to in these situations of question are my FBI Twitter investigators. It appears this bureau of investigation is split in their assessment of the situation at hand. Some believe that Lori took Future's heart.

Others believe it's all for promotion:

We also have to consider that Lori posted this on her IG story: 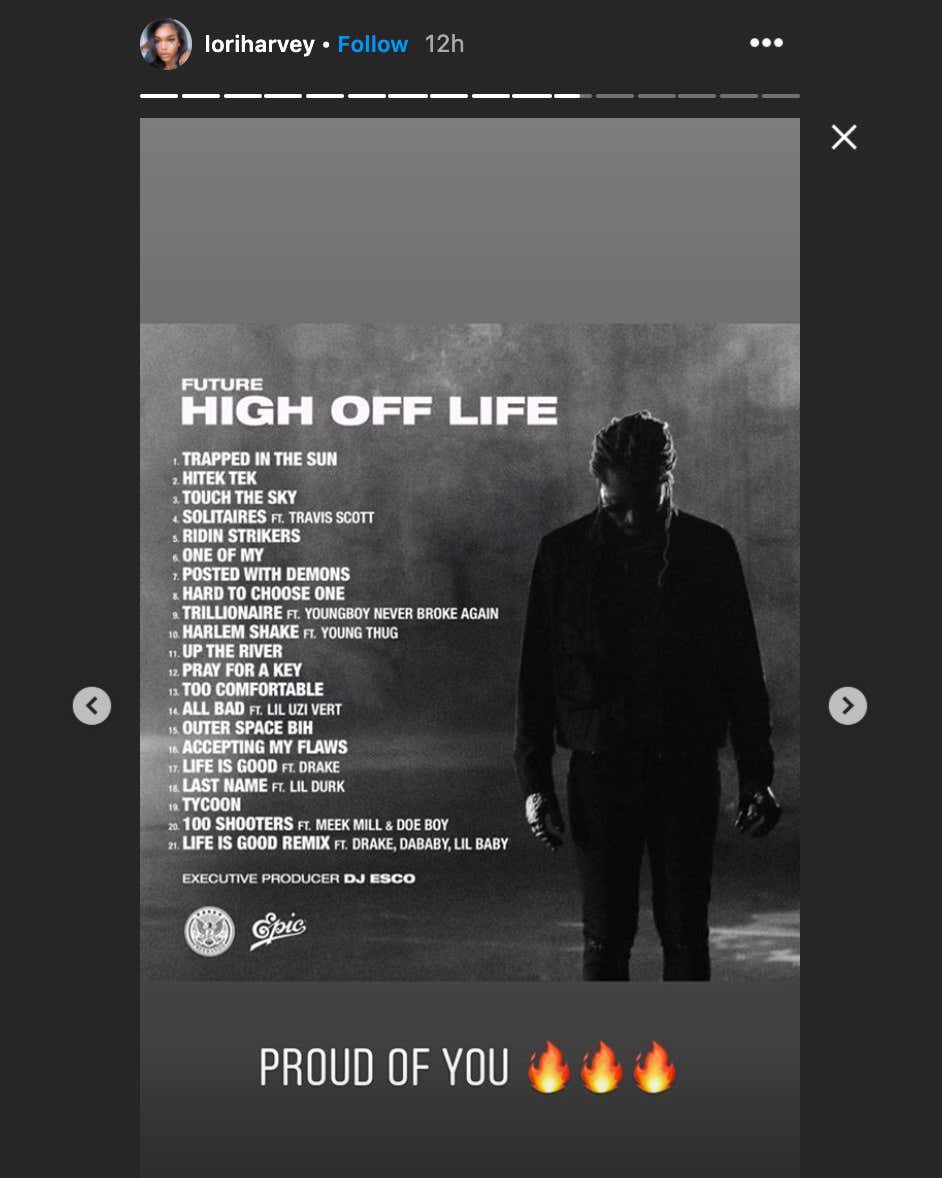 Along with a few other screenshots of her listening to the album. That's pretty telling.

Final verdict? It was all for hype. Future has done it again. Lori doesn't belong to the streets, you fools who think she does are the ones who belong their. All-time promotion by Future. The cost of it all? Free ninety-nine.