To my knowledge, Future is the closest rapper to Ghengis Khan we currently have. He has six kids, with six different women. Yes, six.

What we often forget for somebody hitting 1.000 like that is how hectic Mother's Day must be. You don't have just one, two, or three Mothers to reach out to, but instead SIX. Yesterday, Future decided to not only reach out to them, but devote a single tweet to each one. 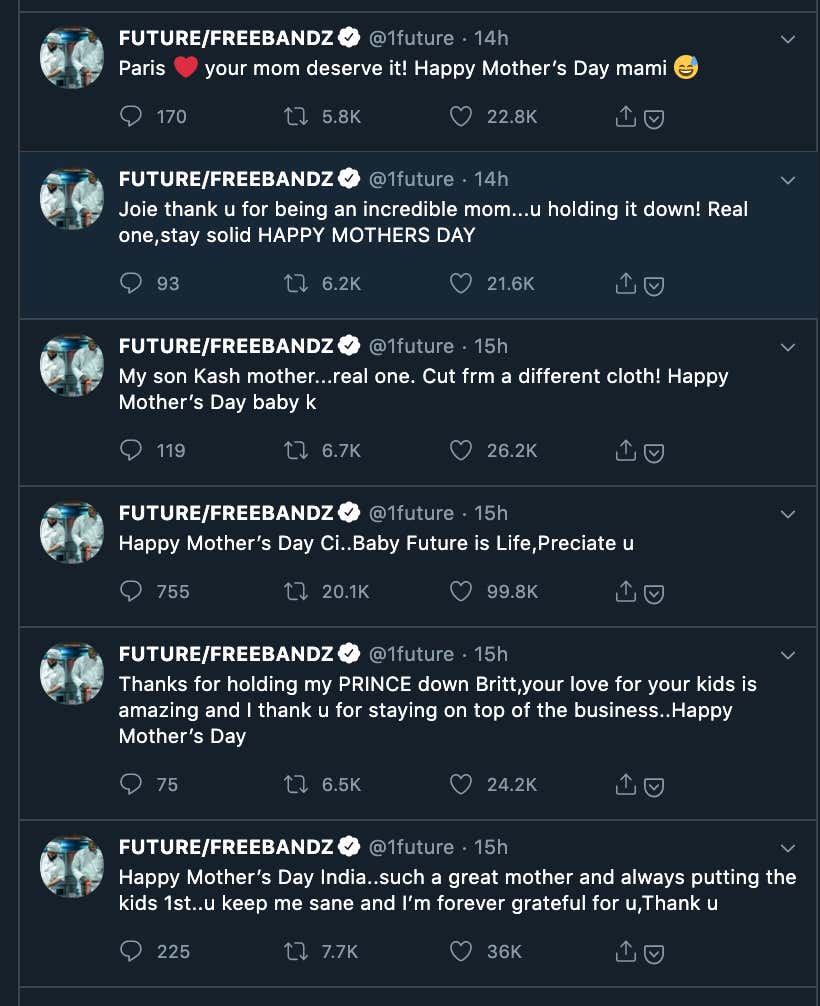 I could not find any Instagram or pictures of India J. I think this is one of Future's first baby mama's.

Brittni is the mother to Prince. Future's tweet to Brittni was pretty much the same as his tweet to India. It was a real life meme of "Can I copy your homework?" "Yeah, sure, just make sure you change it up a bit."

This tweet was the one Future put the least effort into. I do not know for sure, but I do not think Ciara and Future have a great relationship at the moment.

Ciara is Future's most famous "baby mama." She is now married to Russell Wilson, which has given us a great line from Jay-Z on 4:44, "In the future other n* playin' football with your son." Here is a video of Russell literally playing football with Future's son:

Joie was the first mother of Future's children to be called a "real one" during his shoutout spree. I think this is the equivalence of being put in the friend zone by a rapper, or the baby mama zone.

Both of these mother's names were not included in the tweet. In my research, it appears we do not know for sure who these women are.

Throughout my research, it came to my attention that the 6 children with 6 different women is only the children we know of. For example, Future is currently in a legal battle with Eliza Reign over her child, who she believes Future to be the father of.

The name of Eliza's child is Reign…which would mean that her name is Reign Reign. Eliza infamously sold "1 800 Dead Beat" shirts, which appear to be in reference to Future being a dead beat father. 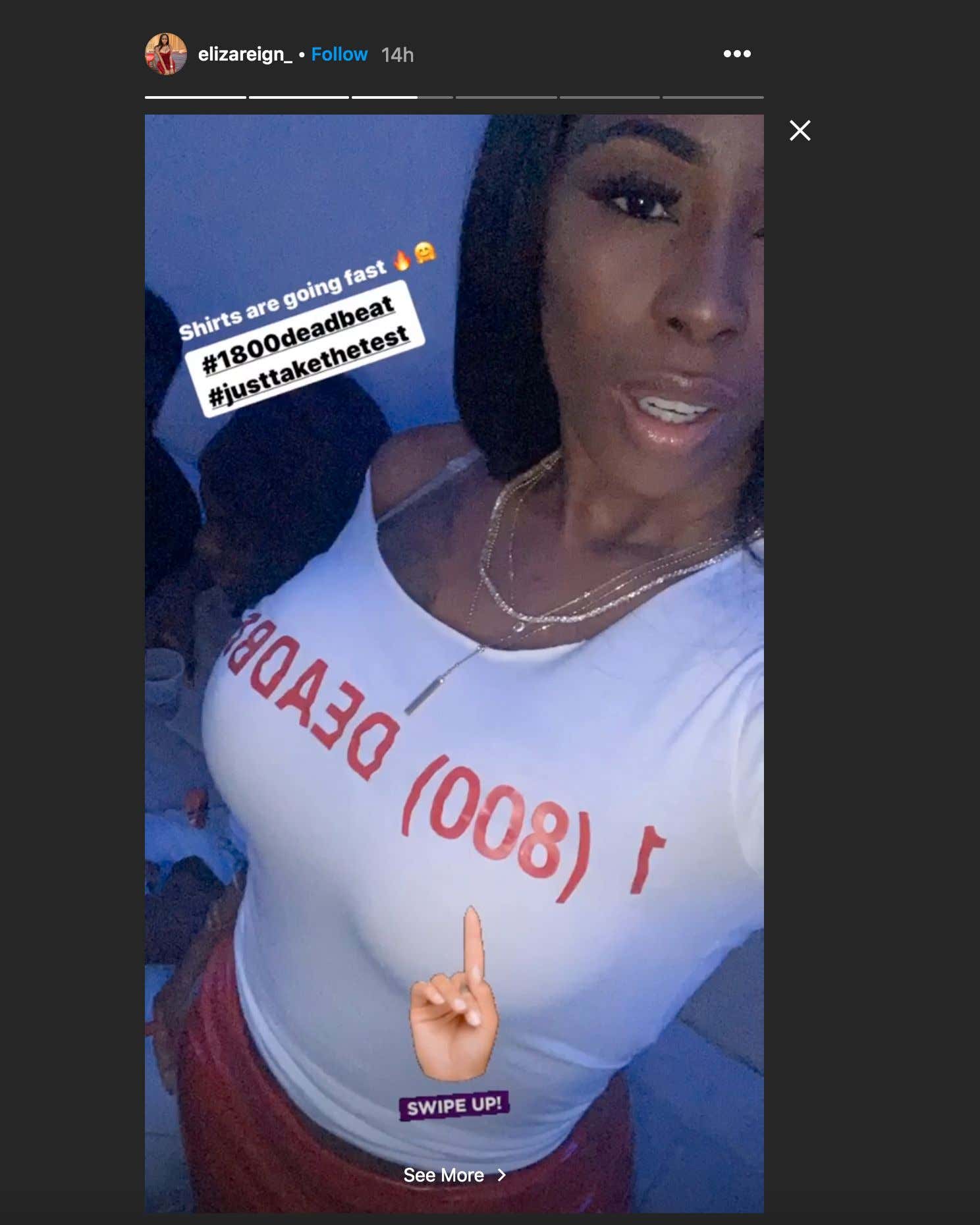 The other legal battle Future is in is with Cidney Renae Parker. She claims that her daughter, Legend, is Future's.

Truly a wild life this guy lives. Just a recap on his kid's names:

-Baby Future (Yes, he named one of kids Future)

I gotta say, those names are kinda sick. Naming your kid Baby Future when you're known as Future is cocky as fuck.

P.s. The child support this man pays must be OUTRAGEOUS.

P.s.s. I should've updated you all on Future's current situation…he is dating Steve Harvey's daughter, Lori: