The Score- Mike Tyson has plans for a new version of a classic video game series. The former undisputed heavyweight champion wants to release a Punch-Out!! game that incorporates his cannabis company, Tyson Ranch, he told Asif Khan of Shacknews.

No offense to Jordie and everyone else that shot their load with news of Tony Hawk's Pro Skater being remastered, but this is the biggest throwback video game news of the day. I have long maintained that the video game genre peaked when Little Mac took on every stereotype from Glass Joe to Iron Mike, with Punch Out's only flaw being when they had to neuter the game by replacing Mike Tyson with Mr. Dream in 1990.

So if Mike Tyson wants to bring back the real Punch Out as a means to promote his cannabis company, I will fork over whatever money he asks in order to take monster hits of that sweet sweet nostalgia. You can slap Tyson Ranch ads on all the boxers like its the NBA, replace the bike riding training montages with smoking montages, or literally have Little Mac smoking the green right off his shorts between rounds as I hit Select to get that power boost if that's what it takes to get a real version of Punch Out back in my life. Shit, I'll even volunteer to be King Hippo.

Like everyone else, I have been getting real excited for the potential comeback of Iron Mike, no matter how much rust those fists of fury may have on them.

However the inconvenient truth is that a 53-year-old dude getting in the ring to actually box for 3 minute rounds may not be as exciting as the super short highlight videos we've been getting. But seeing the baddest man on the NES come back in some remastered version of Punch Out would hit like some top shelf cannabis from Tyson Ranch (Is that enough plugs for you to actually do this, Mike?) 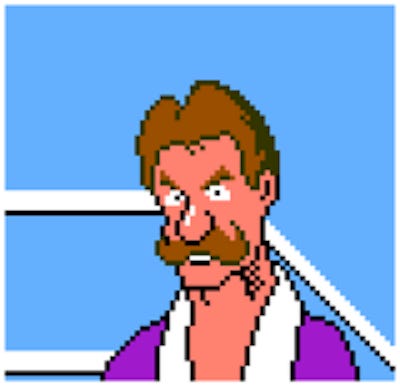 14. Von Kaiser- Easily the worst opponent in the game. Nothing exciting about this mamaluke at all. Actually, he has a legit stache. I will give him that. I'm sure Mrs. Kaiser is a very happy woman. 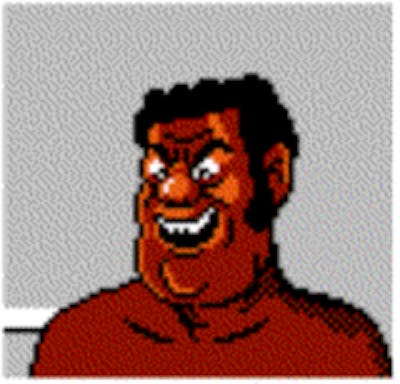 13. Mr. Sandman-Legit scary dude, but has no personality. Loses points because he is from Philly. 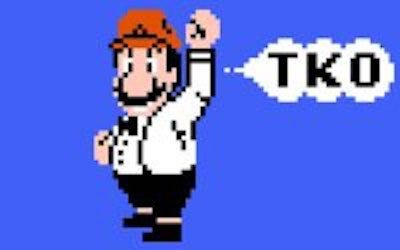 12. Mario- Probably his most underrated appearance in any game, despite the fact he basically does nothing. It looks like he packed on a few pounds after the success of Mario Bros. 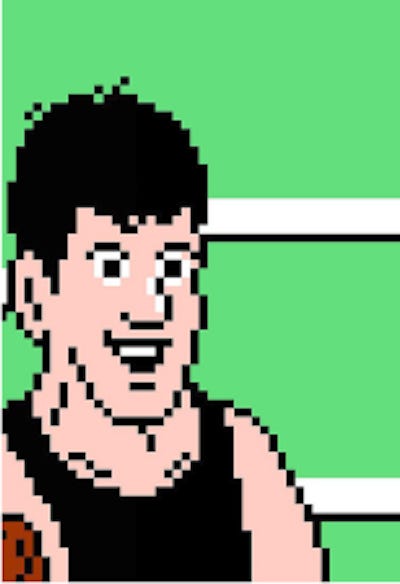 11. Little Mac- Not a very interesting or fun character, but plays the scrappy underdog well. It's actually pretty amazing that Punch Out is as good as it is with such a boring main character. I forgot that Little Mac was only 17 years old in this game. Maybe he just hasn't hit his growth spurt yet?

10. Piston Honda- Solid entrance music, good catch phrases ("I'll give you a TKO from Tokyo" always made me laugh), and the Piston flurry was a decent signature move. But he lacks the flair of the people in the Top 5. 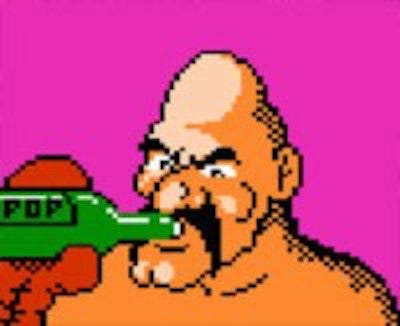 9. Soda Popinski- A drunk, commie bastard who has a laugh that nightmares are made of. Changing his name from Vodka Drunkinski to Soda Popinski is too big of a wimpy PR move for him not to free fall down this list. 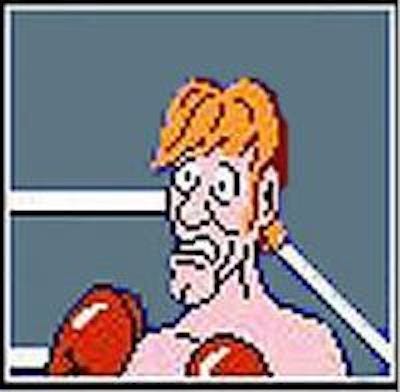 8. Glass Joe- Going 1-99 is pretty damn impressive, mainly because he took 99 ass-beatings and kept getting up. Sneaky zing to the French having him hail from Paris. I see what you did there, Nintendo. Also, he gets bonus points for getting mentioned in an Ice Cube song. 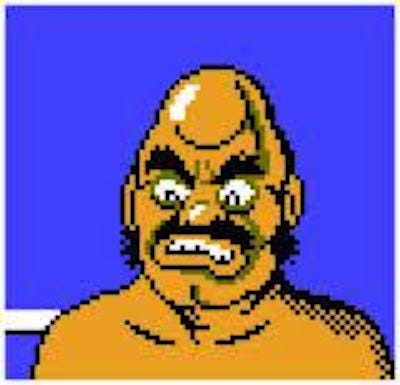 7.Bald Bull-Great name and great special move (The Bull Charge). When talking about Punch Out, Bald Bull is usually one of the first opponents people you think of. You fight him twice in the original and he is in Super Punch Out as well. That has to count for something. Also, he looks like he would smell terrible. 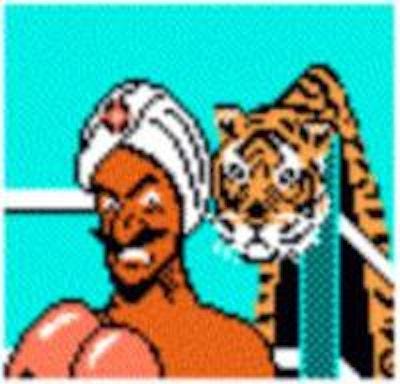 6. Great Tiger- The Magic Punch dominated me when I was a youngster and the whole glowing jewel thing was fun. He could have used another trick or so, but since the game came out 17 years ago, I'll give him a pass. If it came out that he killed that tiger himself, I would have to move him up the list even more. 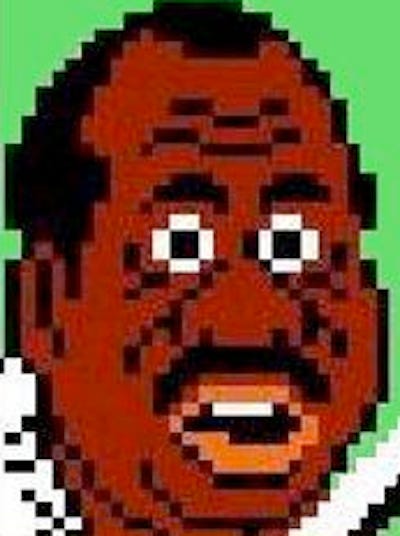 5. Doc- Clearly the brains of the operation, Doc coaches up a pip squeak nobody to take on some of the biggest monsters in boxing history. When Clay Davis plays you in a commercial, you are making the Top 5. It's that easy.

Plus the man can ride the hell out of a bike. 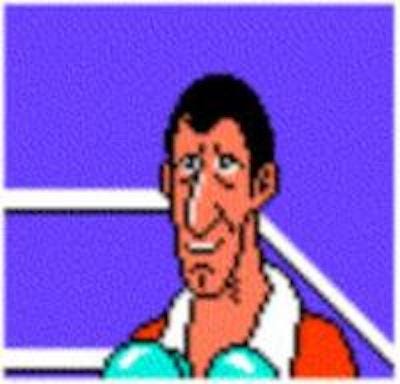 4. Don Flamenco- Such a Nancy in this game, but his job is to piss you off. The rose, the love quotes, the annoying defense; it's all there to frustrate you. I just learned today that he is only 23 years old, which is CRAZY to see. 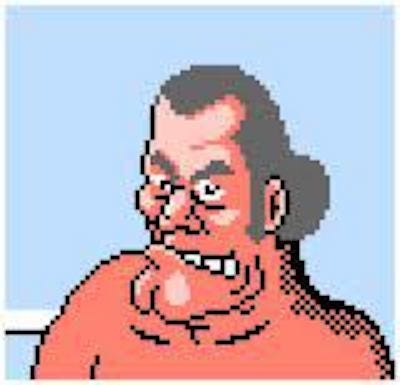 3. Super Macho Man- The guy comes out shaking his tatas at you right off the bat

and has the second most lethal punch in the game (the spinning punch). Arrogant as the day is long and one of the best 2nd banana bosses in video game history. Both Super Macho Man and Mike Tyson are somehow undefeated in this game. How does that even happen? Was Tyson ducking Macho Man a la Mayweather/Pacquiao back in the day? Or was it like a Joe Frazier and Muhammad Ali two champions kind of thing? One of the great unanswered questions of my youth. 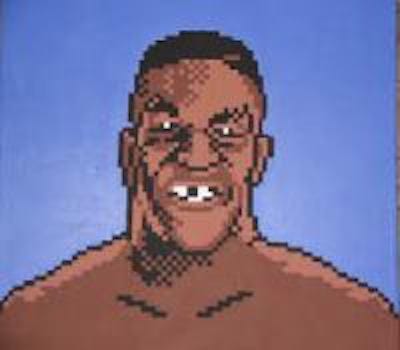 As dominant as Kid Dynamite was, he isn't number 1. That's because number 1 goes to...

1. King Hippo- This big SOB comes in hopping and jawing right off the bat.

He is also royalty and other than 1 legit weakness, is impossible to beat. King Hippo is basically the Achilles of Punch Out and I won't hear anything different. The best character in the entire game. All Hail The King.

This guy beating Tyson blindfolded may be the most impressive video I have ever seen on the internet.

Conversely, Fat Dave getting his dick kicked in by Tyson definitely is NOT the most impressive thing I have ever seen.

The Acapella Punch-Out theme is what I imagine is playing when you enter heaven.

Finding out Mike Tyson couldn't beat Glass Joe in Punch Out was worse than finding out Santa isn't real.

The world record speed round if you are into that kind of thing.