Game 3 of the 1993 Eastern Conference Finals with the Knicks up 2-0 on the Bulls.

Michael Jordan was abused by the media for the Atlantic City casino trip before Game 2, and Michael Jordan performed even WORSE at home for game 3. The difference in Game 3 for the Bulls as a team was energy. Energized by the crowd (and their 0-2 record) the Bulls were aggressively pressing the Knicks into rushed mistakes.

Michael Jordan started off well in Game 2, but for Game 3 Jordan NEVER got going on offense, shooting 16% from the field. Yet, somehow Jordan was only two rebounds away from a triple double (the ugliest triple double of all time, if that exists.) When Jordan's jumper wasn't falling, he found ways to get his teammates involved ... 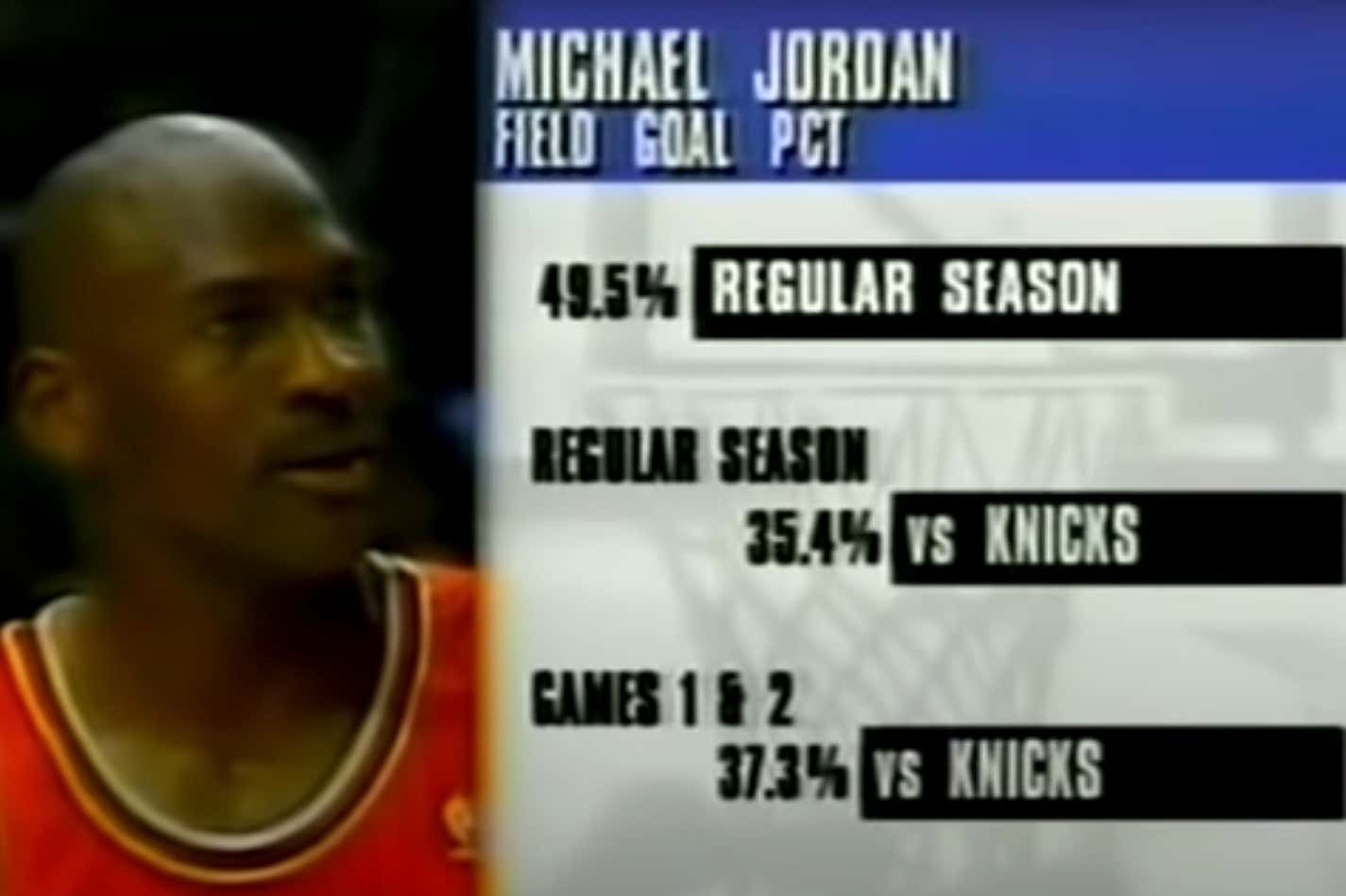 John Paxson started off 5/5 on the receiving end on many Jordan assists, giving the Bulls needed offense away from MJ and Pippen. The real difference maker was fighting for rebounds.

I'm not sure if Horace Grant's sprained ankle was feeling better for Game 3, or if he felt motivated after Jordan took his dinner away on the flight home from New York. Either way, Horace wasn't letting Charles Oakley put him on a leash and walk him around the block.

Pippen leads the team with 29 points , and doesn't get ejected with 7 minutes to go in the 4th quarter like last game.

By the end of the 1st quarter you could feel the Knicks were already dead in the water. Mistakes and an anemic offense outside of Ewing lead to a 20 point Knicks loss.

Starks gets ejected in the 4th.

Charles Oakley can't do whatever he wants in the paint.

Doc Rivers contributes 3 points, coming off a 21 point game. (Both guarded by Jordan)

Sidenote: The Last Dance mentions the tension involving Jordan, Pippen, and Toni Kukoč during the Olympics. NBC cuts to Jerry Krause mid broadcast to talk about if Toni Kukoč would report to the Bulls or stay in Italy. I understand how Jordan and especially Pippen would be pissed off with this Krause move for next season being all anyone talked about. 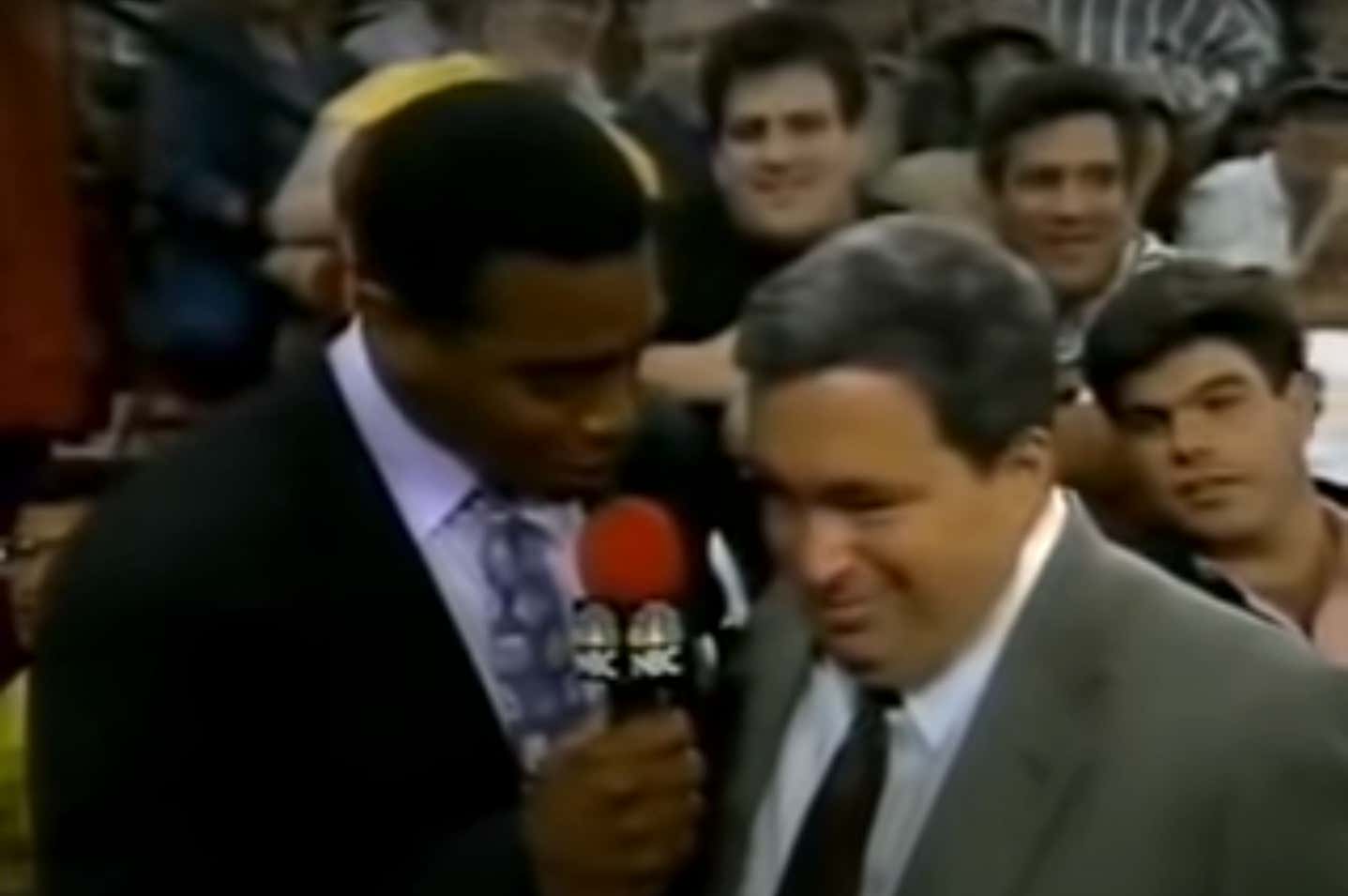 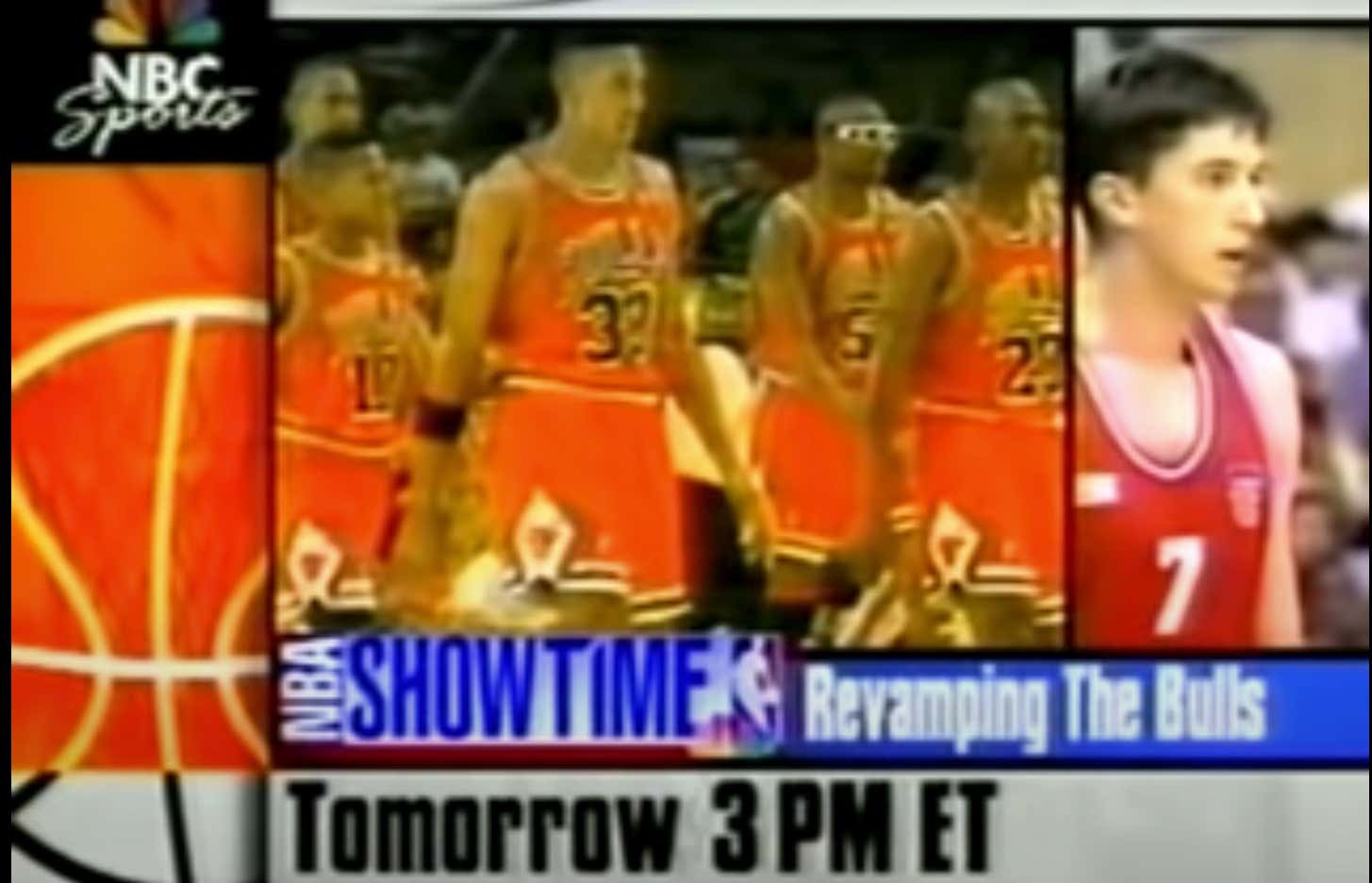 New podcast episode every Wednesday with Large and myself ...