Chicago Tribune - Loyola and DePaul will meet on the court for the first time since 2012, the schools announced Thursday. DePaul will play host to the first matchup Dec. 13, and Loyola will host the Blue Demons on Dec. 12, 2021.

The Chicago programs met annually from 1976-96, but the series fell off, and the teams competed only five times in the last 24 seasons. “I’m really excited to get this series started up again,” Loyola coach Porter Moser said in a statement.

“Having grown up in Chicago, I know how much this rivalry means, especially to the passionate college basketball fans in this great city. Loyola and DePaul have had a historic rivalry, especially in the 1970s, 1980s and 1990s, so to be able to rekindle that is great for college basketball.

Loyola Phoenix - The Loyola men’s basketball team received a commitment from a transfer out of the Big Ten Conference Thursday night.

Damezi Anderson, a 6-foot-7 forward from Indiana University, took to Instagram to announce his transfer to Loyola. The South Bend, Indiana native played two years for the Hoosiers after being ranked as a four-star prospect in high school, according to 247sports.com — a well-known college basketball recruiting website.

Due to NCAA transfer rules, Anderson has to sit out the 2020-21 season. He has two years of eligibility remaining.

Score this a big nab for Porter Moser landing a former highschool 4-star recruit with something to prove in Anderson. 6'7" wing that was good enough for a scholarship at IU, looking to reboot his career and get some minutes sounds like the perfect fit for Moser and Loyola. Coach Moser has made a name for himself by making chicken salad out of chicken shit in his time at Loyola. (162-136) And he's only two years (1 actual Tourney) removed from their Final Four appearance.

Also, score it a big win for Chicago basketball fans with the announcement of DePaul fitting Loyola back into their schedule. (Fun fact- Ozzie Guillen is a huge DePaul basketball guy. Has had season courtside seats for them forever.)

I got the chance to catch a game at the new Wintrust arena a few months ago when Georgetown visited DePaul. The place is beautiful. It's easy to get to, right in the South Loop, unlike All-State which is always a nightmare and major turnoff for fans and players right off the bat. It's also situated close to some great bars and restaurants (Fat Pour, Krolls, Weathermark, and Scout isn't far), unlike All-State which just has that Chilli's (no offense to Chilli's). It's spacious with no bad seat in the house. Ticket prices weren't bad. PA system is great. Concessions could use an upgrade but give them some time they'll get there. It's definitely not in the same league as Wrigley Field's 1914 Club, but I can't say enough nice things about Wintrust Arena. Well needed and long overdue.

DePaul caught fire to start their season off last year and looked tournament bound before hitting the skids hard starting out 12-1 before finishing 16-16 overall and 3-15 in the Big East. Yikes.

If both programs can get things on track it could make for an awesome college basketball scene here in Chicago that hasn't been present since the 70s. Thanks to coaching legend Ray Meyer. 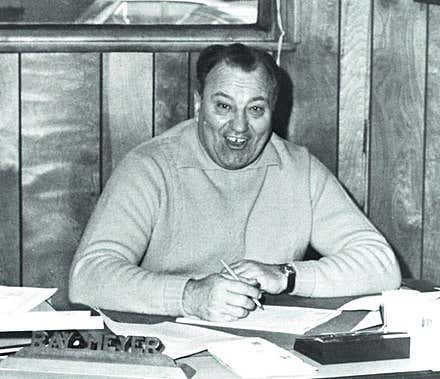 If White Sox Dave's pretend alma-mater Northwestern can get their act together we could be in store for a wild Big Ten, Big East, MVC 3-way dog fight for headlines come next March. Wishful thinking.