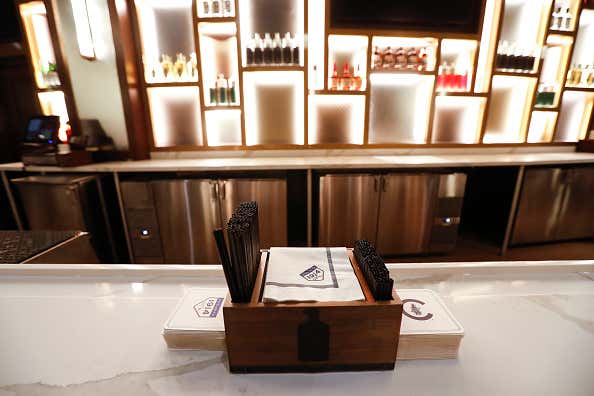 I snaked my way into the 1914 Club last night at Wrigley Field. This is my story. To the bold few who will get this opportunity in the future, I hope this guides you in your mission of getting your money’s worth because boy-oh-boy is this place awesome. 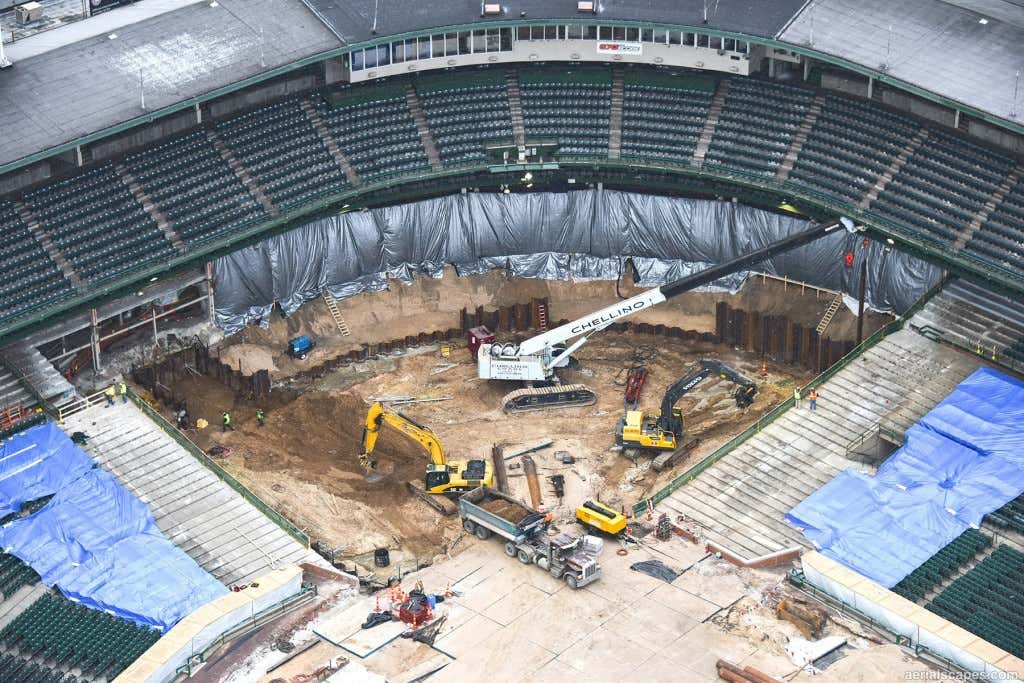 The Cubs built the 1914 Club this past offseason by carving out a piece of the foundation or whatever you call it. The goal was to build a super nice area for super nice people to drink super nice booze and just generally be awesome. Spoiler alert: mission accomplished. 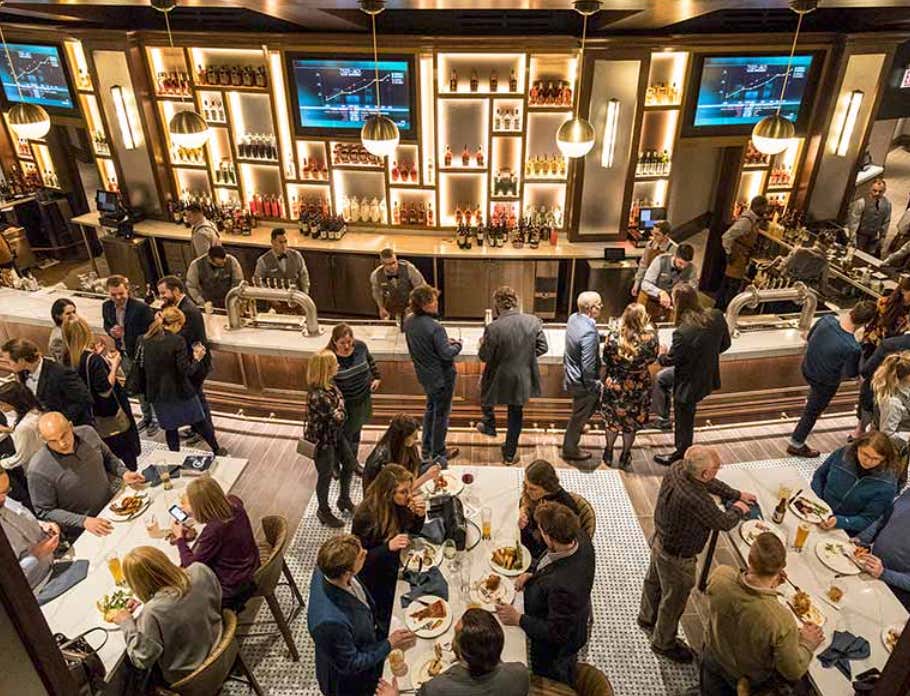 Hopefully you know the 1914 Club in some capacity prior to reading this blog. If you don’t, let me tell you all about how exclusive and fancy it is because I was there and you weren’t. Tickets are sold as season ticket packages for tens of thousands of dollars a seat. There are no individual game prices, but it’s fair to say they cost around $500-$1,000 depending on your seat. With 10+ years of $30 wristband packages under my belt, this was my game 7. My flu game. My opus. 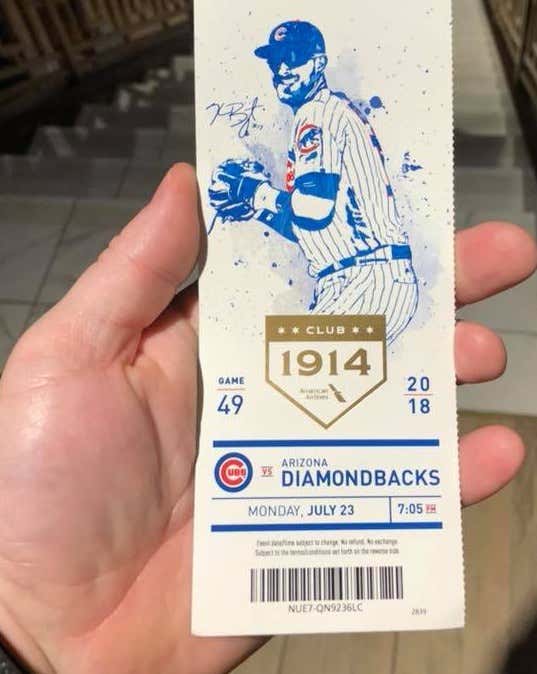 At least twice the size of a standard ticket to remind you that you’re playing with the big boys tonight. Thick natural Pacific Northwestern paper milled fresh for each individual ticket. So authentic you could call it papyrus which is Egyptian for sophisticated ticket paper. Also let’s not overlook the fact that the 1914 logo is reflective, which is a nice reminder that you are fancy as all hell. And you can tell the custom artwork of Kris Bryant is exactly that: custom. Just how I like it. Custom everything for me. 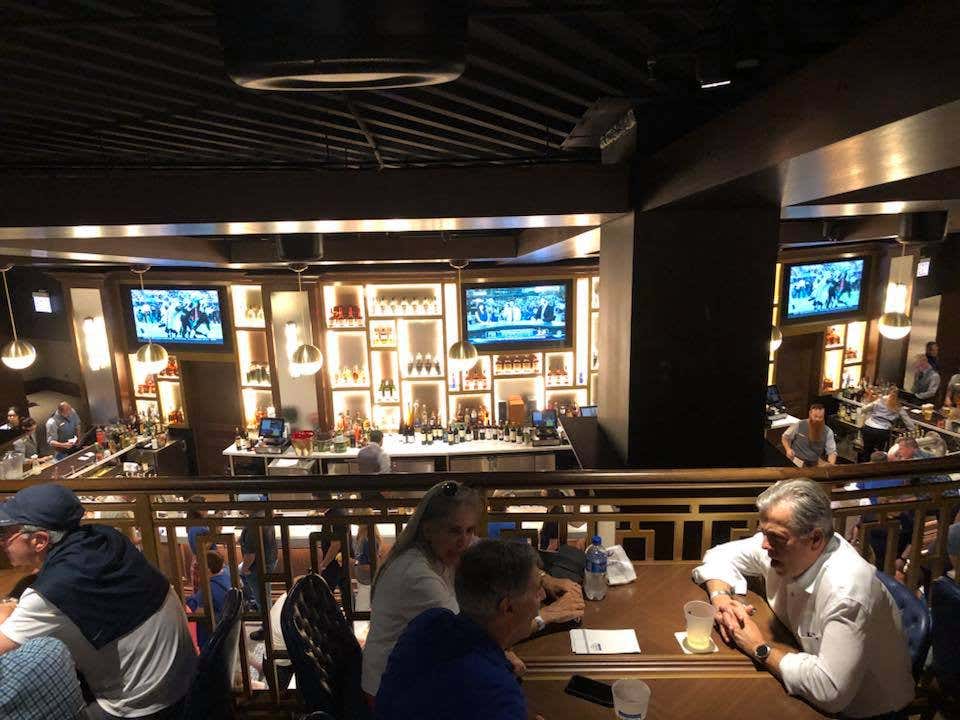 This picture is kind of shitty but it’s the only one I took at the entrance so just work with me. First order of business is that Club 1914 is underground, so you walk in on the upper level and look down into The Club. It’s pretty magnificent. Made me feel like I was stumbling upon a place I did not belong and boy was I right. Corporate America guys were everywhere slinging deals and closing business and making moves like you read about in the Wallstreet Journal you subscribe to in after syllabus day in Econ 102. If you’re into stuff like leveraged buyouts and private equity mezzanine debt then let me tell you something – the 1914 Club has a very stiff boner it would like to give you.

It wasn’t all business casual clientele tho. There were scores of high school aged kids that I hated intensely. Most of them standing around in basketball shorts, hogging the desert tray and texting one another. Not even trying to sneak booze or anything that even remotely resembles a quality degenerate youth. Most of them go to New Trier or Lake Forest, I think.

The Scene Before 1st Pitch 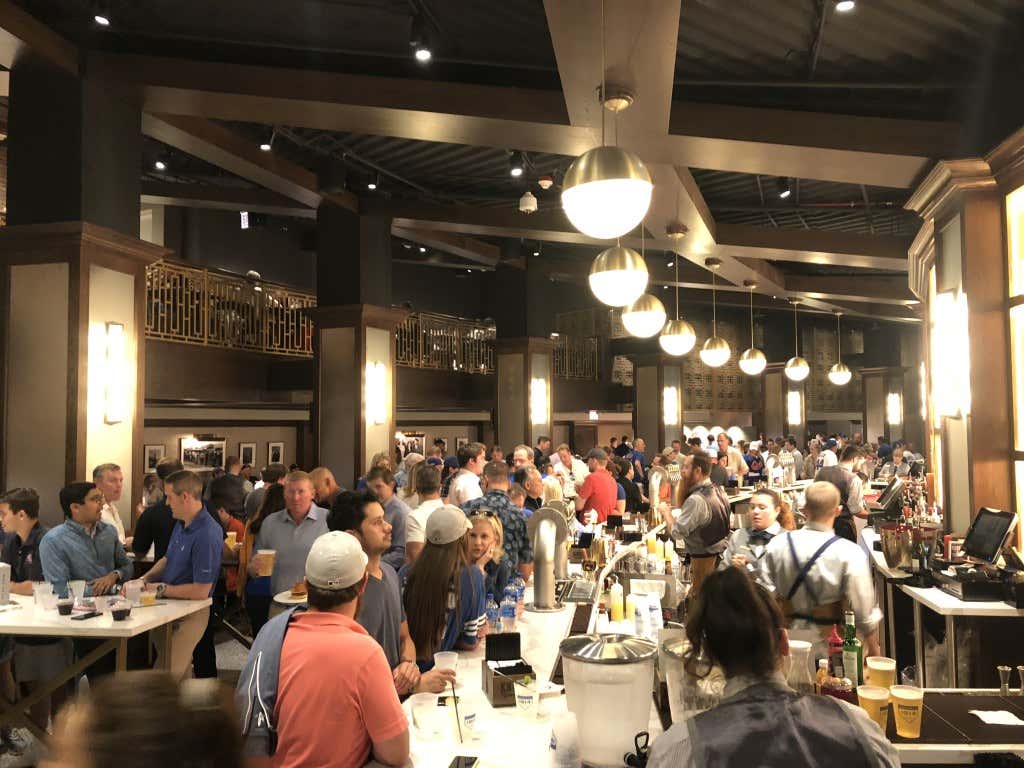 I’m not a big hipster guy, per se, but I do kind of like a hipster know-it-all bartender because I’m too lazy to have a qualified opinion on a lot of alcohol. Like just take that glass over there Charlie and fill it to the brim with something warm and decent. Club 1914 keeps that spirit alive with a full staff of single-gear-bicycle enthusiast bartenders ready to share every conceivable opinion about the drink menu. That kind of service always hits for me.

I also loved that everyone was in a good mood. I felt like I was going to a Jimmy Buffet concert. God Sex was everywhere.  There wasn’t any of that airport-stink that lingers in the bleachers where you have to wait in lines and it’s hot and you’re just a number. This was notably different in that every employee was calling me sir and asking me if I needed a massage or a fresh daiquiri. In a sense we were all walking on cloud 9-teen 14.

The Scene in the 9th 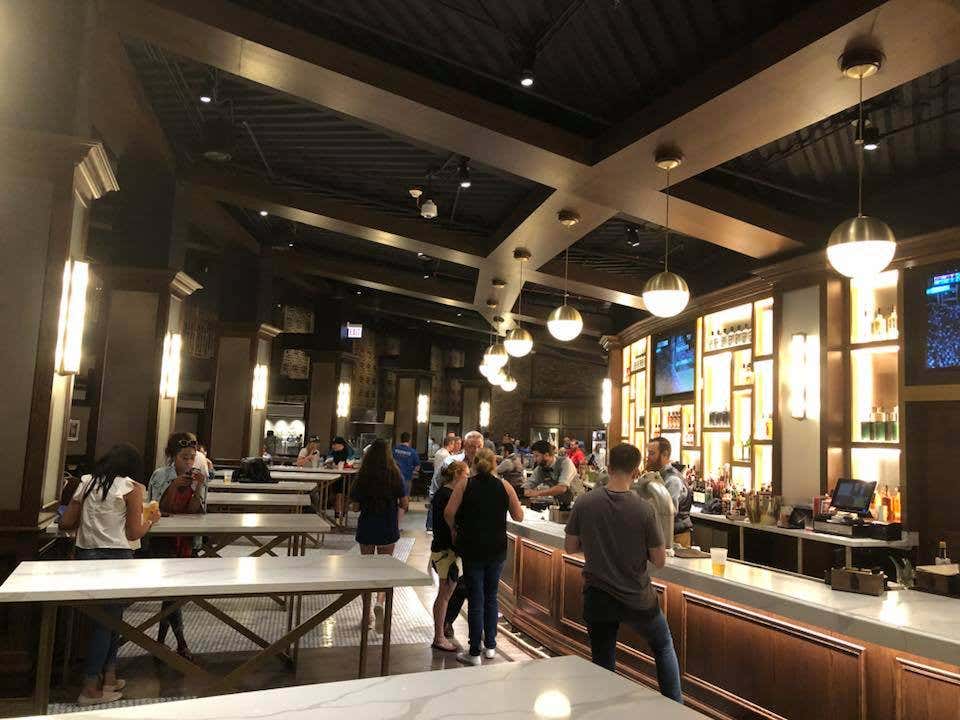 So fun fact = the Cubs got smoked last night. Kind of. Luke Farrell got slapped around in the first and it took some time to get the game moving along.

Listen I hate watching Tyler Chatwood pitch (right now), but if you give me all I can eat and drink top shelf everything and the deal lasts as long as the game, then I’m going to need Tyler Chatwood to pitch every game I’m in the 1914 Club. Unfortunately he couldn’t start, but the Luke Farrell 1st inning gave me enough time to sneak in at least one extra hot dog and two beers. So when sitting in 1914 you can always hedge your experience against the under. Game goes short and you get hosed? Make a few hundred bucks on the backside and try it again in a week.

Another thing – the bar stays open 30 minutes after the last out. The BAR. None of this 7th inning time is running out bullshit. Notable because come the 7th inning, half the 1914 club disappears meaning you can literally stand at the bar and drink manhattan after old fashioned after manhattan without interruption. This allows for incredible sequencing – beer, shots (aka, “neat”), mixed. You name it, you can get it in about 3 seconds.

My favorite thing about being rich last night was the food. Rich people eat food all the time and it’s usually pretty good. Last night was no different as Tom Ricketts threw the absolute biggest pizza party these eyes have ever seen. If you’re into things like custom mac n cheese bars (again, always custom) then the 1914 Club might be for you. 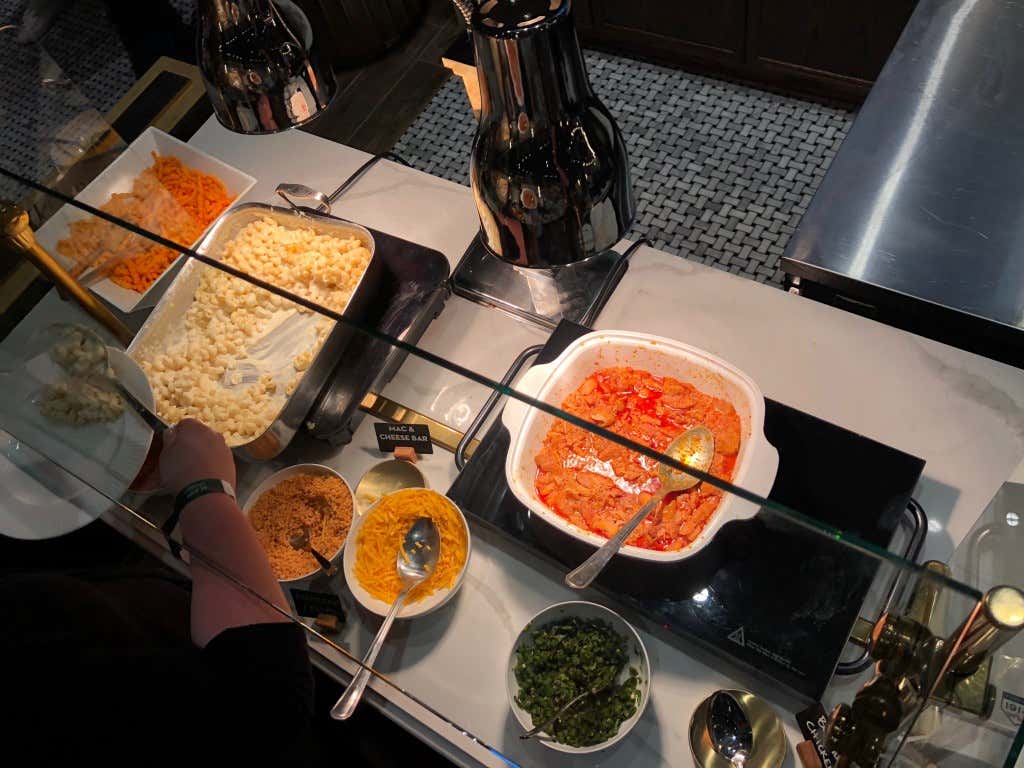 Kappa Alpha Thetas everywhere are like OMFG CARL I LOVE MAC N CHEESE. And you should because it’s delicious and 1914 was no different. Noteworthy: I put a sizable dent in the buffalo chicken leading up to first pitch which later forced me to take two sizable dumps in the 5th and 6th innings respectively. No one wants to take a shit at a baseball game, much less 2, but if you do, I recommend Club 1914 obviously. My ass will never meet toilet paper that soft again.

Some other notable amenities include the fridges next to the exit on your way to the field. The boxes on top are salamis and crackers and cheese. Some call it charcuterie, which is french for processed sausage. 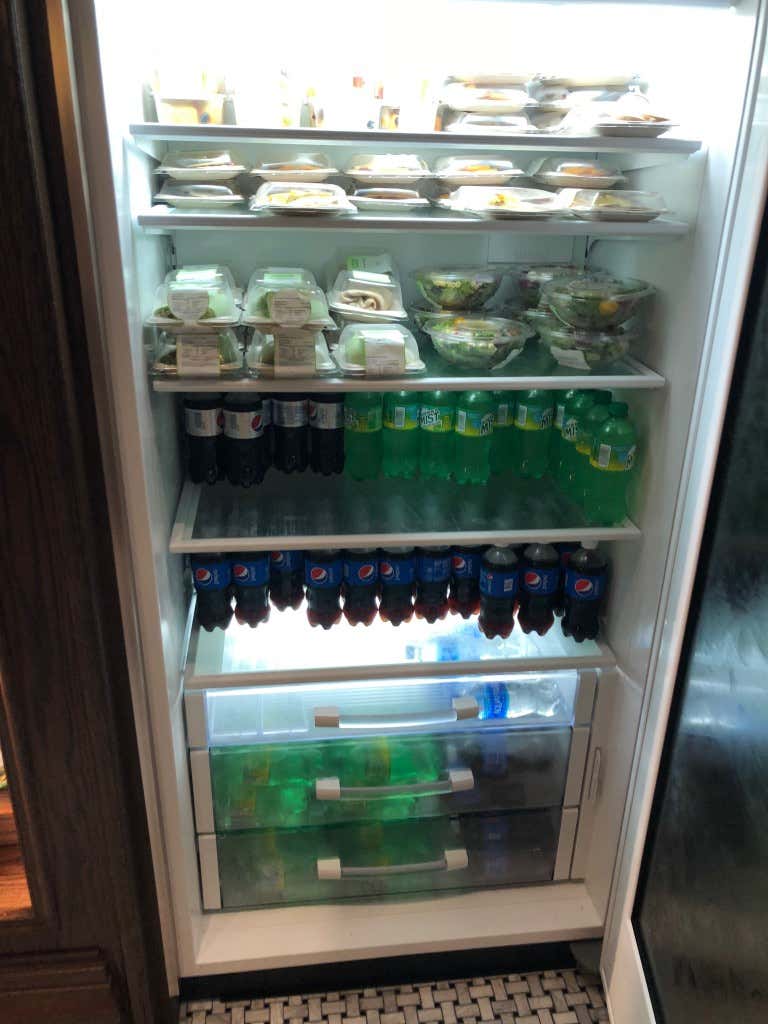 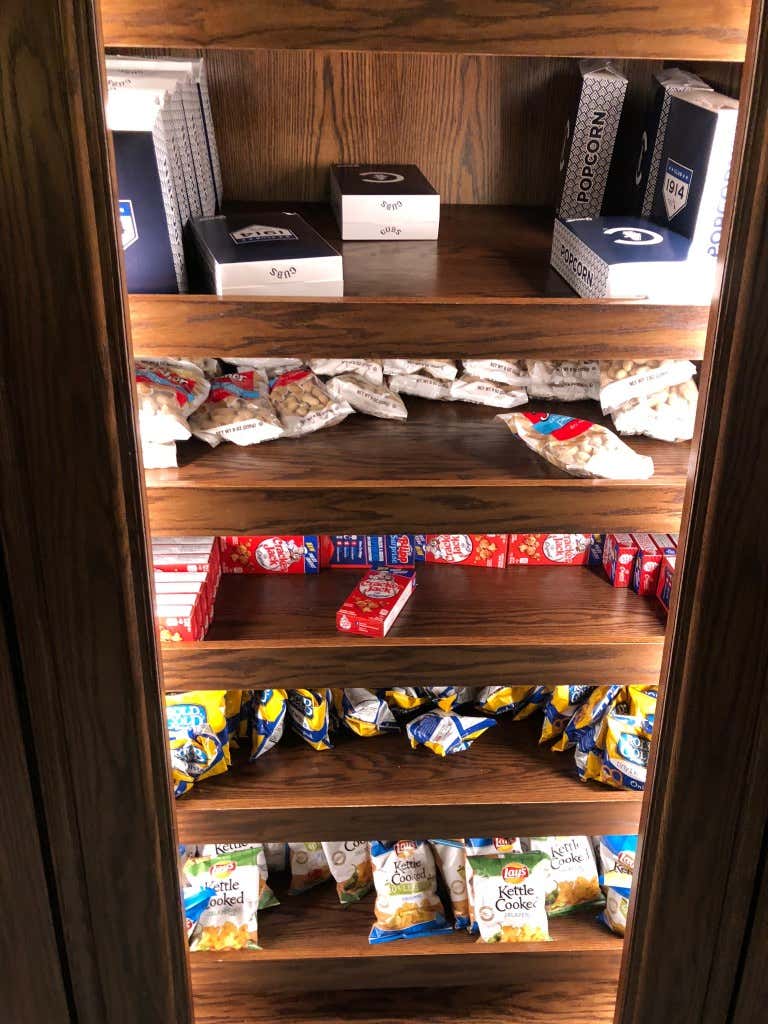 I’m not trying to turn this into a popcorn review but the 1914 corn is from Garrets and it was obviously outstanding. Simple yet elegant. Loaded with sodium. And again, all this is stocked next to the exit on your way back and forth to get beer or booze. So that was charming and thoughtful, which is nice.

There was also a lot of red meat. As a pasty soft midwest man this made me very happy. S/o to my girl Cindy for slinging that thick cut 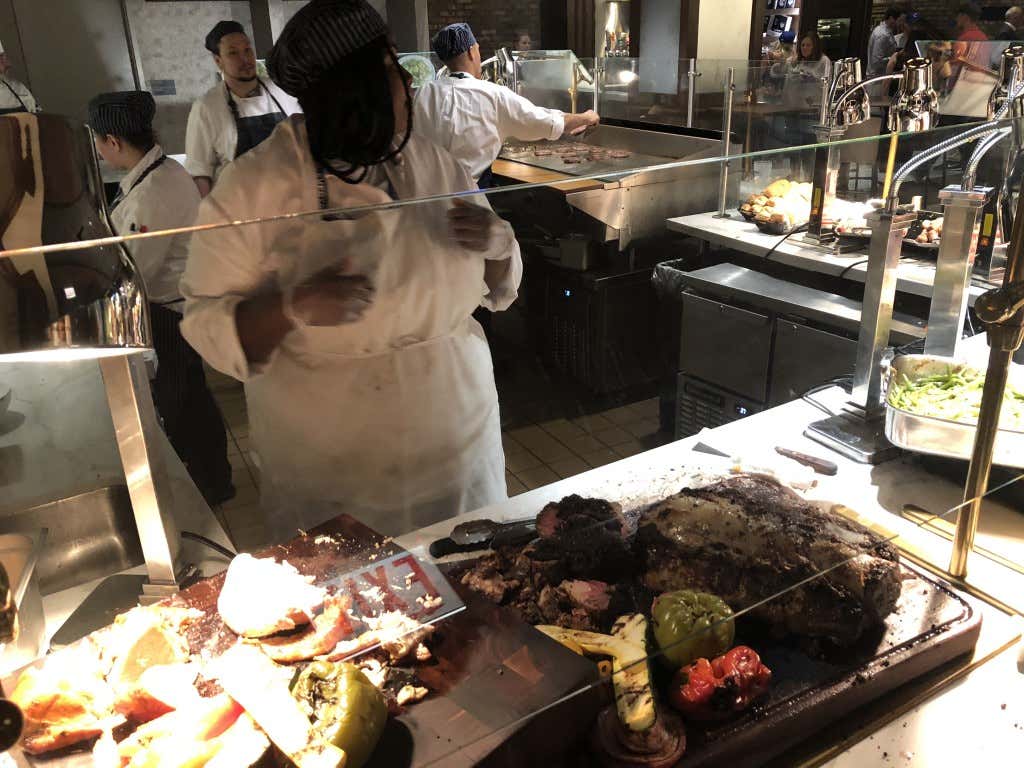 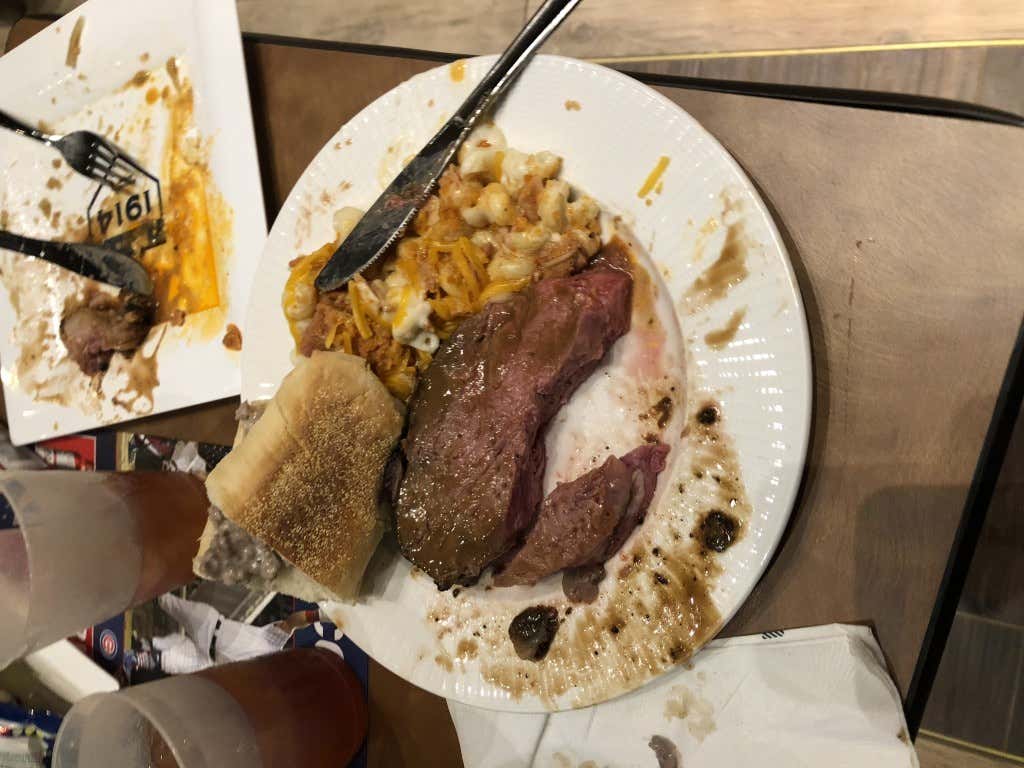 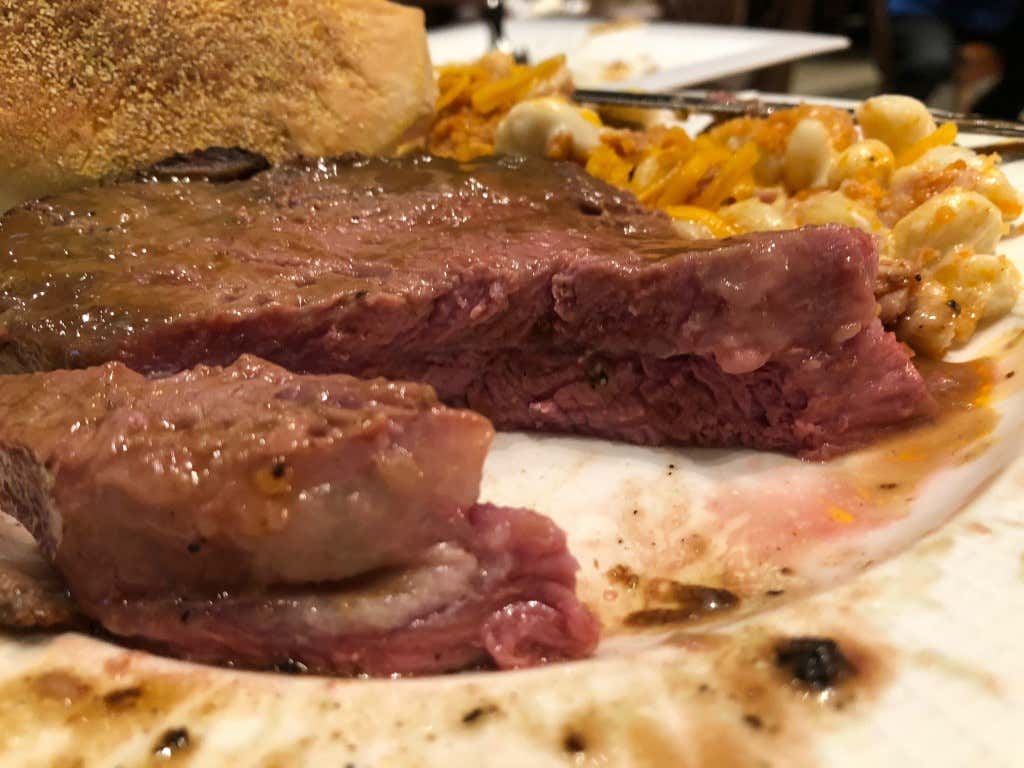 I’m sweating as I relive that meal. 26 ouncez of thick american nebraska steroid fed farm animal slathered in Joe Maddon’s homemade gravy. It was salty. It was juicy. It was FREE. 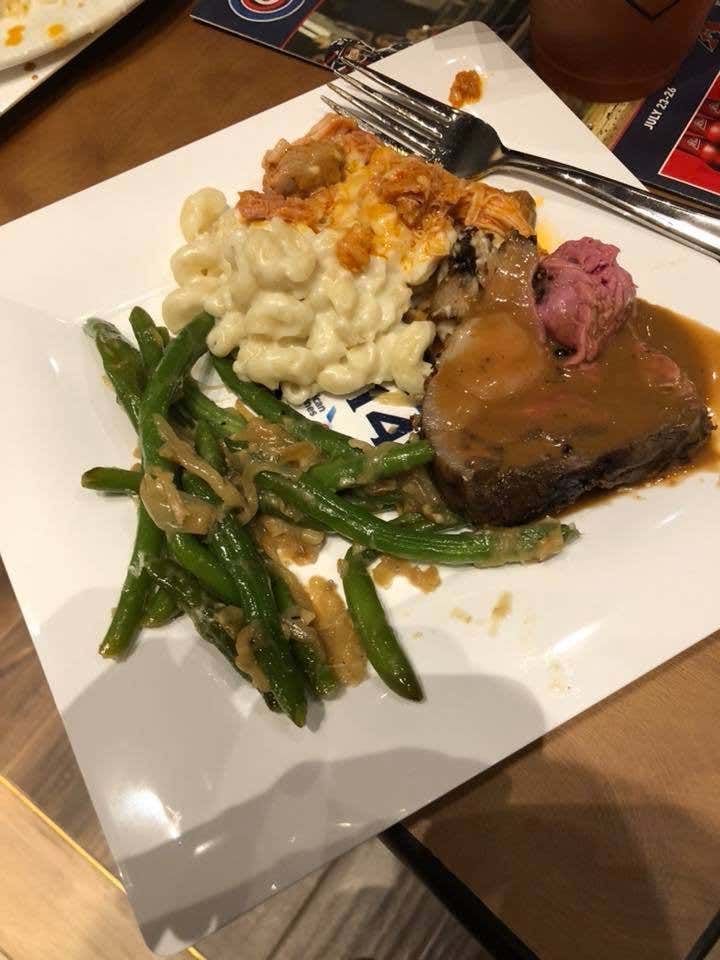 Most importantly, the 1914 Club has a RIDICULOUS sausage buffet. Some would even call it a fest. A Sausage Fest as 1914 allows you to build your own Chicago dog using the finest tools in the trade. 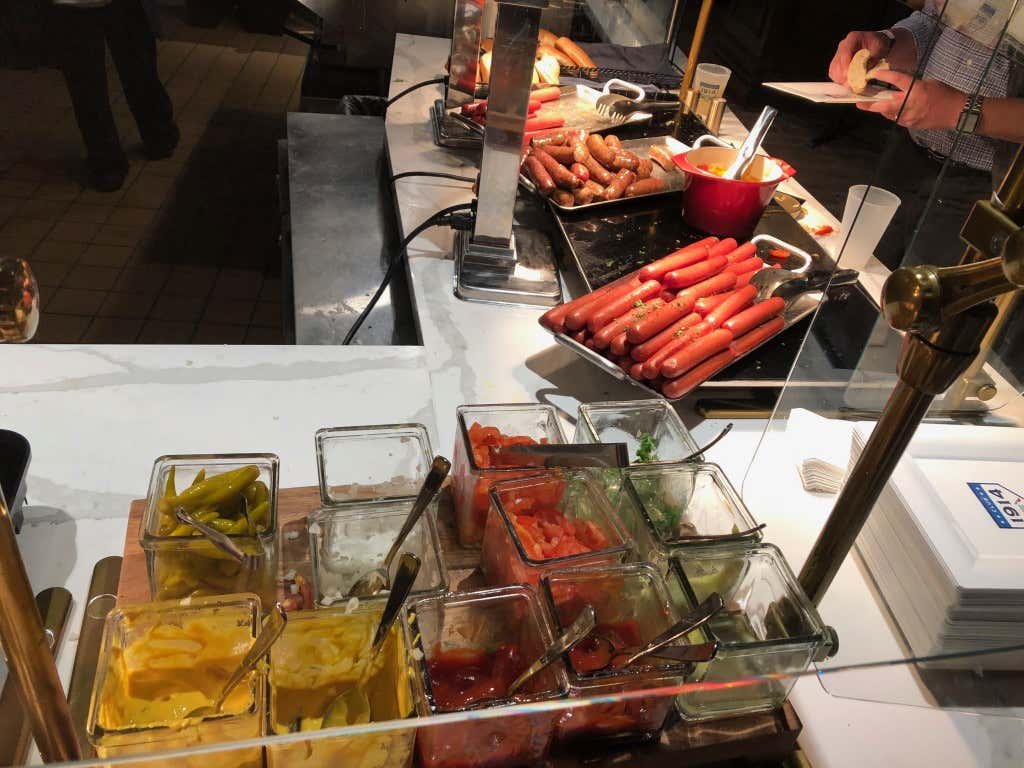 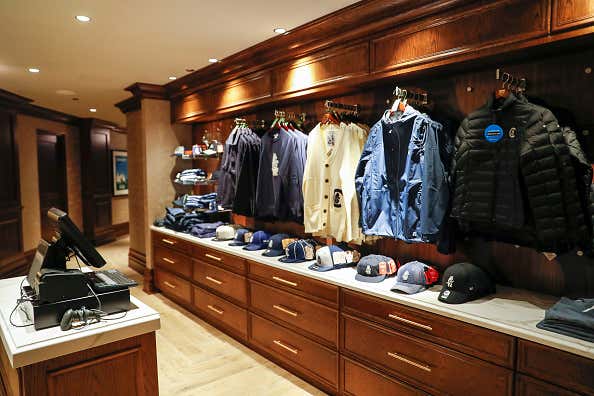 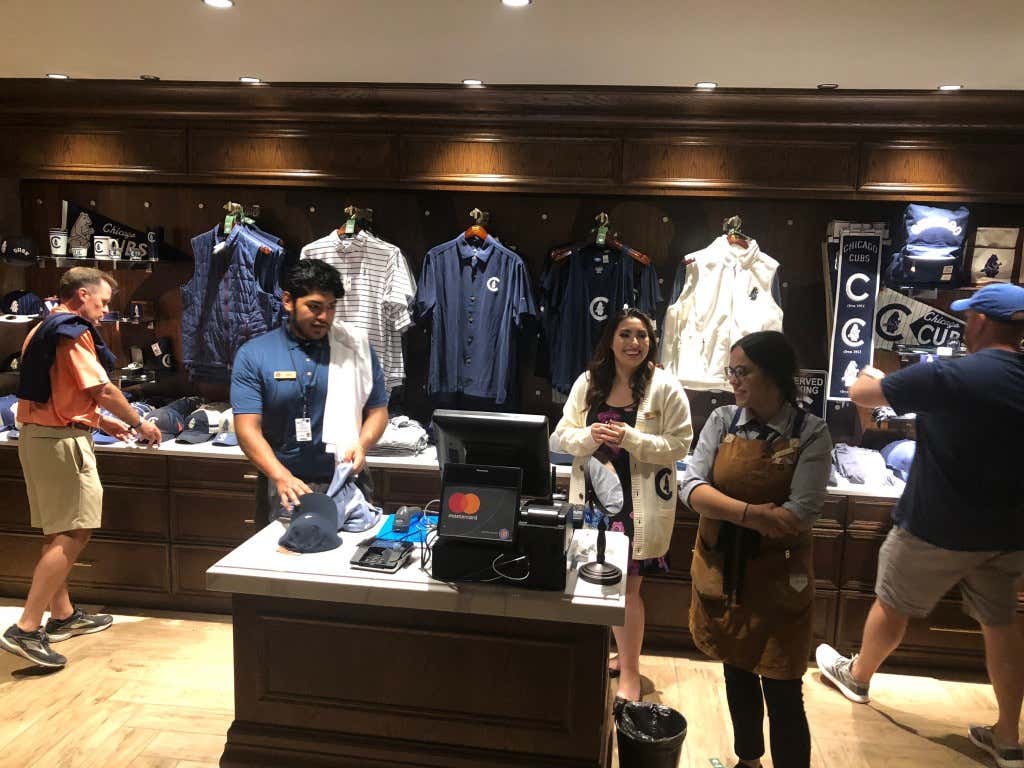 Of course there’s merch. I’m wearing some right now truth be told. Best part that it is EXCLUSIVE TO CLUB 1914. That’s made very clear when you start evaluating the merch. Someone comes up and says “so this is the only place in the world you can get that shirt.” So you’re definitely buying at least one shirt, probably some cufflinks or vintage 1908 pennant too. Who knows. All I know is they sell a lot of expensive stuff and everything was simply AWESOME. It’s insane this merch doesn’t see the light of day, only hidden away for the elite. Rich people are weird. 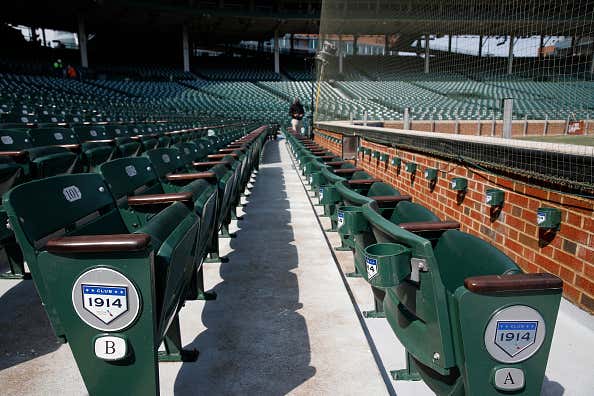 You basically walk out a side door and onto the concourse without having to look at any of the regular people sitting in the regular seats. Thats nice if you like being Elite. Personally it was a nice escape from having to commingle with all the common folk and their credit card debt. Another bonus is the fact that the seats are padded, which is just cruel because it was noticeably more comfortable. Get that shit in every section Tom.

In the 8th inning I am leaving from my 24th piss of the night and I saw Crane Kenney, Cubs president of making money. He was sitting at the bar hanging out with another guy, presumably someone important. That’s the best way I can explain 1914. Casually, the president of the goddamn Cubs business is having an iced tea (wink wink) and shooting the shit with some guys. If it’s good enough for them, it’s good enough for me.