Well this is certainly something different.

We heard yesterday about MLB's plan to have a 100-game season starting in late June or early July with three 10-team divisions and it sounded like that plan has a lot of support and that preparations are underway to try to make that happen. And I think every baseball fan now believes that is the best option on the table at this point. It's fun for fans with new divisions for a year and it allows teams to get almost two-thirds of a regular season in, which seemed impossible just a few weeks ago. That's as good as it's going to get.

But, if that is unable to happen, Jeff Passan has an idea for an alternative to the regular season which he says is just his idea but that plans similar to this one have been discussed amongst decision makers in Major League Baseball. Passan's season tournament would look like this: 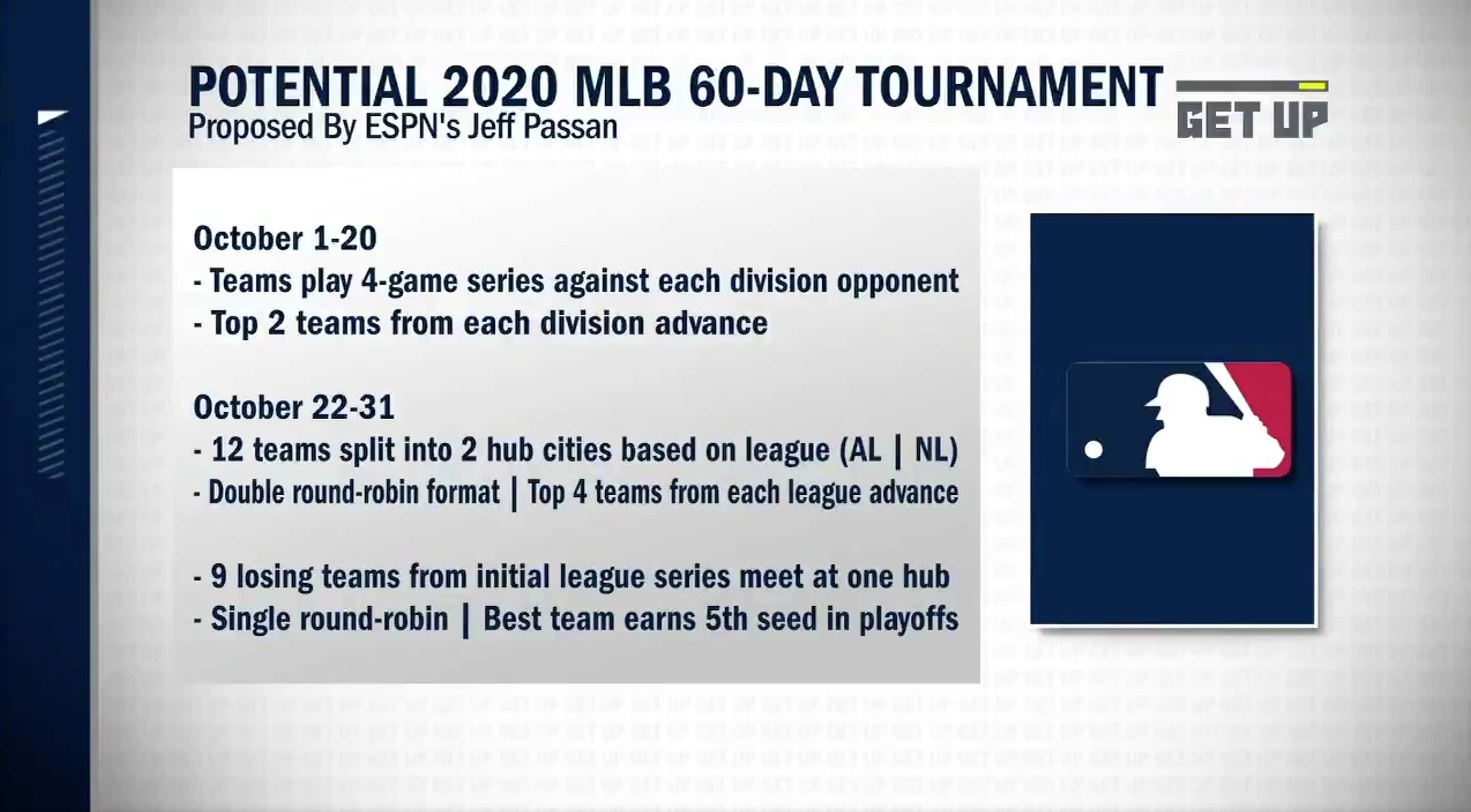 While this is definitely not how any of us envisioned the 2020 season would go just a few months ago, I again think I speak for almost everyone when I say we will take absolutely anything, regardless of how wacky it may be. It's great that it seems like the plan everyone likes is getting the most traction, but if that's unable to come to fruition, I'd be fine with this.

You get to essentially keep the same Postseason format we're all used to, with every team having multiple opportunities to get there. If anything, this would be great news for teams near the bottom of the league, because all they'd have to do is get hot either over a 16- or 9-game stretch and they're through to the Postseason. Just saying that a team could reach the Postseason after going 8-1 in just over a week seems insane, but I will take literally anything where there are players wearing MLB uniforms throwing and hitting baseballs.

Baseball is obviously a sport which is intentionally dragged out over the course of the biggest sample size in sports, given the volatility of the game — "the best team in the league loses 60 times" and all that. So while a one-month sprint to the Postseason seems almost antithetical to the very nature of the game of baseball, I don't care.