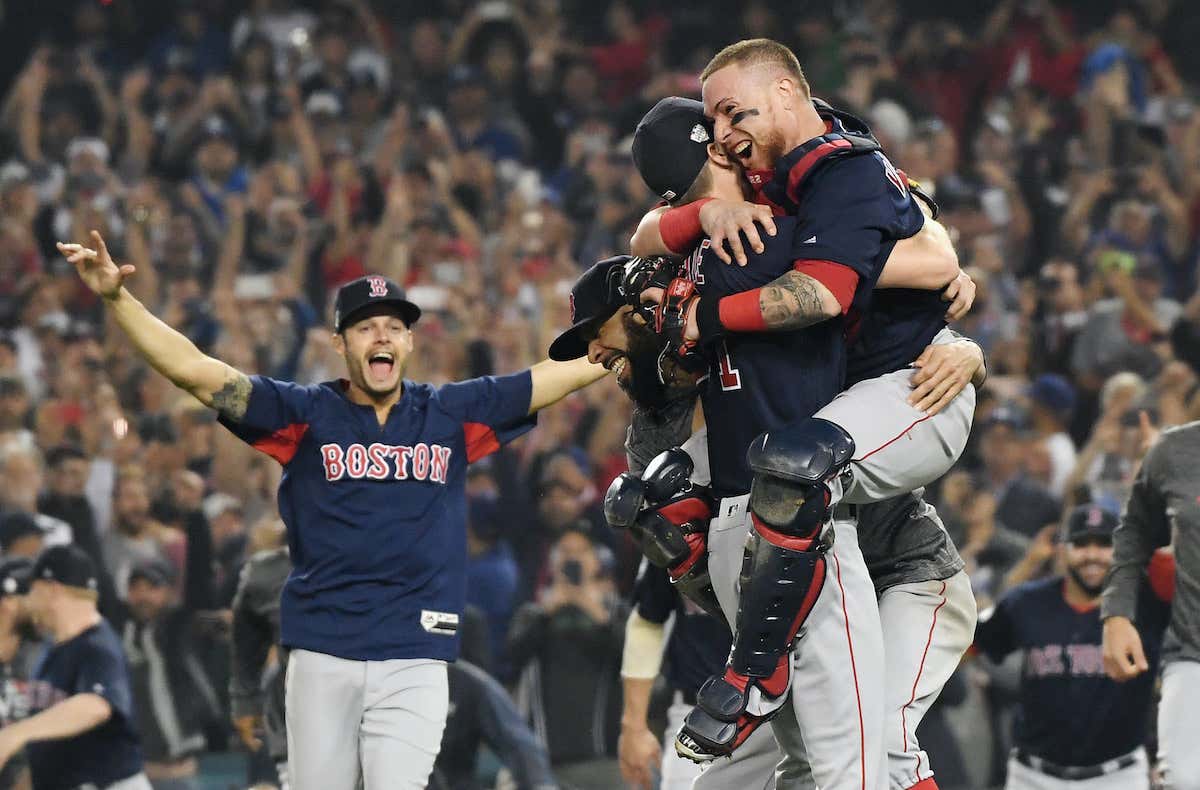 I am literally losing my fucking mind without baseball, even more so with this 14-series losing streak I've got going on in rock, paper, scissors against MLB players.

I feel the need to once again preface this by saying that I want baseball to return only when it's safe, but that I also don't care how it comes back. Again, once it's safe. If that means a shortened season, I'll take it. If that means funky rules that everybody hates, whatever. Just put guys on my TV throwing a ball with other guys trying to hit it with a stick so they can run in a circle. That's what I want. That's what I need.

That being said, we might be getting somewhere, as MLB is proposing a return in late June that would include realigned divisions, no American League, no National League, teams playing in their own ballparks, and no fans.

Major League Baseball officials have become cautiously optimistic this week that the season will start in late June, and no later than July 2, playing at least 100 regular-season games, according to three executives with knowledge of the talks. They requested anonymity because the plan is still under consideration.

And not only would baseball be played, but it would be played in their own major-league ballparks, albeit with no fans.

MLB is considering a three-division, 10-team plan in which teams play only within their division – a concept gaining support among owners and executives. It would abolish the traditional American and National Leagues, and realign the divisions based on geography.

I mean, yeah. Sounds good to me. I really don't care about the weird rules and unconventional division alignments for a year. Let's get weird with it. It's a weird time in the world right now, and there is no sport that summons oddness at times more than baseball.

If you're the Red Sox, you've obviously taken note of what the Yankees did this past offseason to get better. You're probably also cognizant of the fact that you've traded the best player on your team, as well as a former Cy Young award winner without replacing the latter. Oh, and your best pitcher is out for the year after undergoing Tommy John surgery. With all of that in mind, the Red Sox still aren't a slouch team. They're not the best team in their new division. Not the second best, either. Hell, they might not even be the third best. But with the Marlins, Orioles, and Pirates playing in the East with the Red Sox...I dunno.

Stranger things have happened in this game, for sure. I don't know about you, but it feels like the second that the first pitch is thrown on Opening Day, the Red Sox will be playing the role of spoiler. When you're a talented team that nobody believes in, that's not the worst position to be in, especially in a shortened season. And hey, if it doesn't work out, then you hide behind the excuse of nobody expected anything in 2020, and then you get Alex Cora and Mookie Betts back in 2021 and we'll see then.

Regardless, I'm all for MLB getting underway any way that they see fit. If this is it, then let's go. As far as the no fans thing, I fully intend on applying for press passes and getting in there somehow. Where there's a will, there's a way. Play ball.

PS -- The Dodgers playing in the same division as the Astros made it move a little bit.