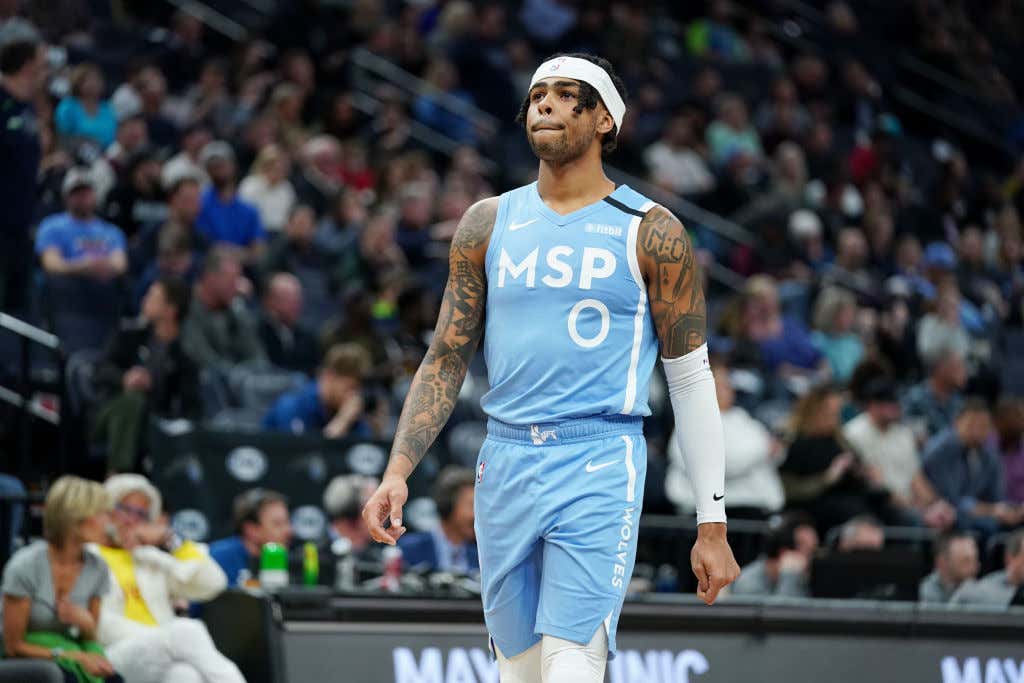 You know the drill, when an NBA player gives any sort of ranking or top 5 list during this quarantine we're going to talk about it because what the hell else are we left with. Previous editions of this blog include

All in all some were better than others. So when DLo was asked to give his all time starting five here's what he went with

First off, have some guts and make a pick for the center spot D'Angelo. You can't put 6 players into a starting lineup and say there's a tie. That defeats the whole purpose of this exercise.

If we're going all time, I don't think anyone can complain with Kobe/MJ/LeBron. Those feel like locks no matter who is making the list. But if we're talking about choosing a starting point guard for an all time lineup, there is no way Steph makes it in over Magic. It pains me to say that, but it's the truth. He's the better shooter sure, but that's about it. That's where the advantage ends for Steph. In terms of the center spot, the answer here is neither Shaq or Kevin Durant. The answer is obviously one of the Wilt/Kareem/Bill Russell trio. DLo really showing his age here with these selections which is a trend I've noticed during these player's rankings. If you want to include Shaq or KD you gotta vote someone else off the island, that's what makes it tough. That's not to say those two aren't dominant players, but if you're talking ALL TIME then they simply aren't in the starting five conversation.

But hey, 3 out of 5 in a starting lineup isn't so bad. Shit, it's way better that Trae Young's list of Top 5 players all time when he went