A few weeks ago, I, along with 2 of my coworkers, Tommy Smokes and Kyle Bauer, managed to string along an innocent, patient woman, who's only crime was wanting to post her vomiting video onto the Barstool Instagram page.

After hours upon hours of ridiculous requests, we had thought lightning had struck, never to stumble upon someone as gullible as Miss Regurgitation ever again. To our surprise and delight, we were very wrong.

Like the many great trios before us (Destiny Child, 2010 Miami Heat, Brandon Walker's testicles), we had decided to go our separate ways, each of us still responding to the DM's we individually received with our own personal style. KB, using his callus manipulation that would make my ex-girlfriend green with envy, and Tommy Smokes, with his patented sex appeal, that would also make my ex-girlfriend green with envy.

I went with my only skill  crutch favorite hobby, Photoshop.

After being filled with joy after our initial patsy happily and eagerly completed two fake CAPTCHAs, I needed more.

But how far can one go until somebody realizes that it isn't just randomly generated? One that asks for details, or makes you do an impossible feat. Most would immediately call me out, and most did, but that's the CAPTCHA game, baby 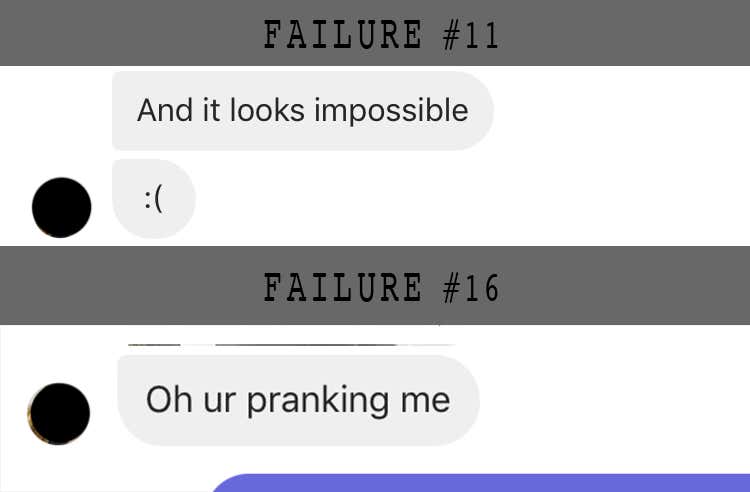 Every so often though, I find a being that almost certainly had extra time to finish their SAT's before getting their inevitable rejection letter from Bowling Green. And on this particular day, I found somebody who was indeed up for the task.

I am not a political man. Nor do I care what anybody believes, as it does't effect me in any way, but I am plagued with the insatiable desire to put people in uncomfortable situations. So this randomly generated CAPTCHA just so happened to include a fetus in the first trimester, and another in the third. My only goal was to make this particular person send her thoughts on the matter to complete stranger, Tommy Smokes. 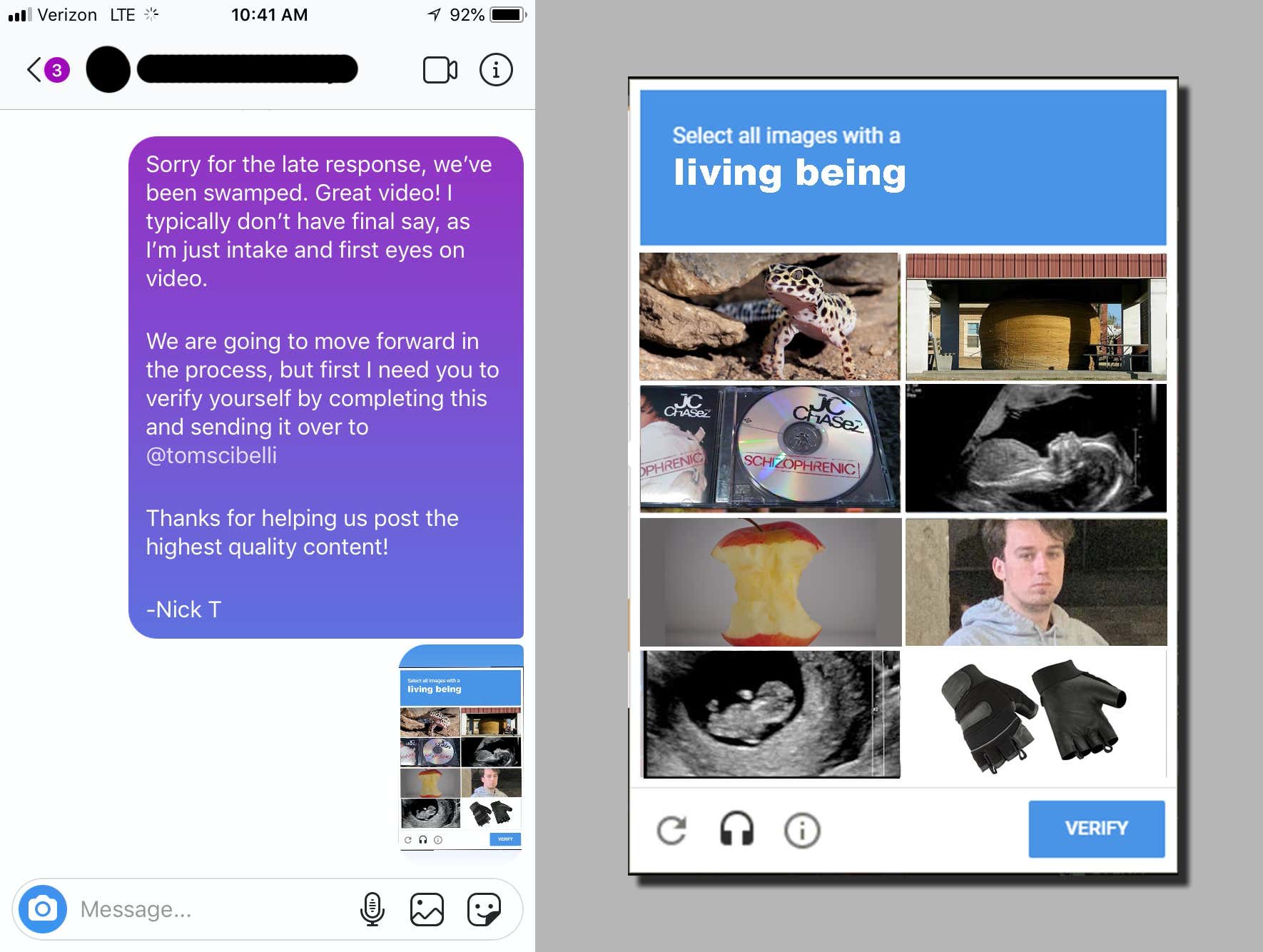 I was afraid I had been found out before I even began. Another blown attempt.

I had decided to not respond, just to leave her alone with her thoughts, and maybe give her enough time so that she could realize that her dreams of virality was just a few clicks away.

After waiting for what felt like an eternity, I feel my phone vibrate, and upon the screen is a message from Tommy, informing me she had completed the CAPTCHA. 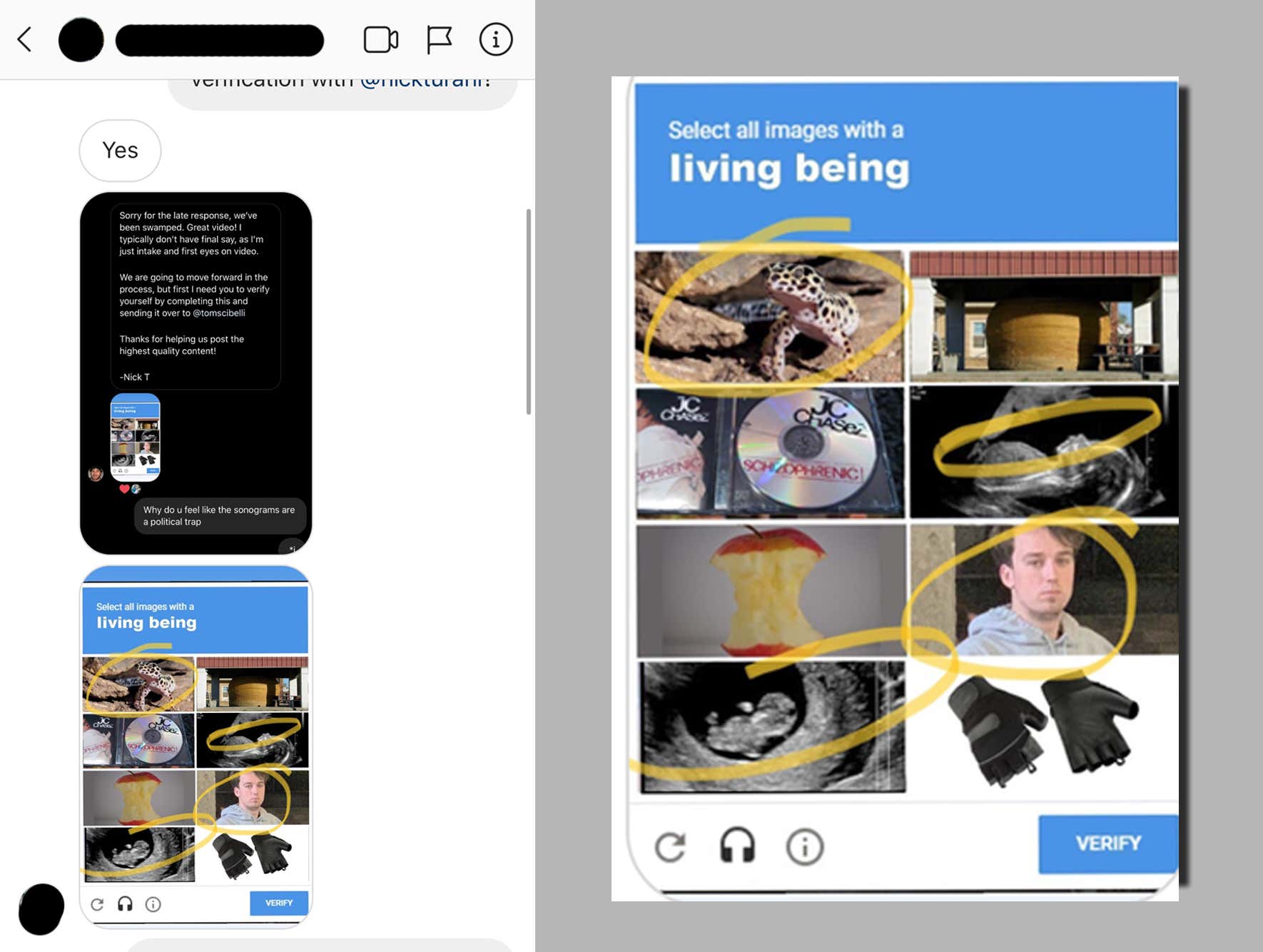 Tommy then briefed her that, unfortunately, the young man she circled was actually long dead, and it would be up to KB to approve her request. 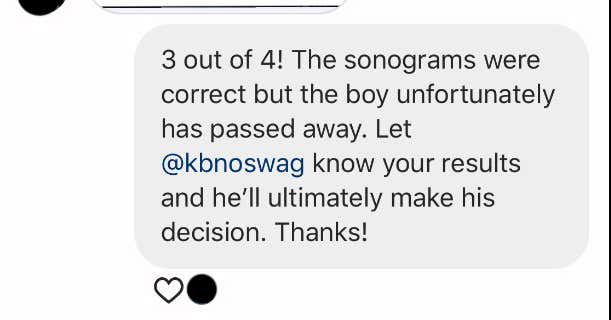 KB, not one for small talk, immediately and hastily passed the "rock" back to me.

The Trial of Visual Motor Control

It was time for a break from politics. The second test I offered was the labyrinth. I played the role of King Minos of Crete, and the recipient of my CAPTCHA played the yearly sacrifice. The only difference is, that upon failure, rather than being eaten by a minotaur, you would be mocked online by a pasty, self-conscious, lonely adult loser. A considerably worse fate. 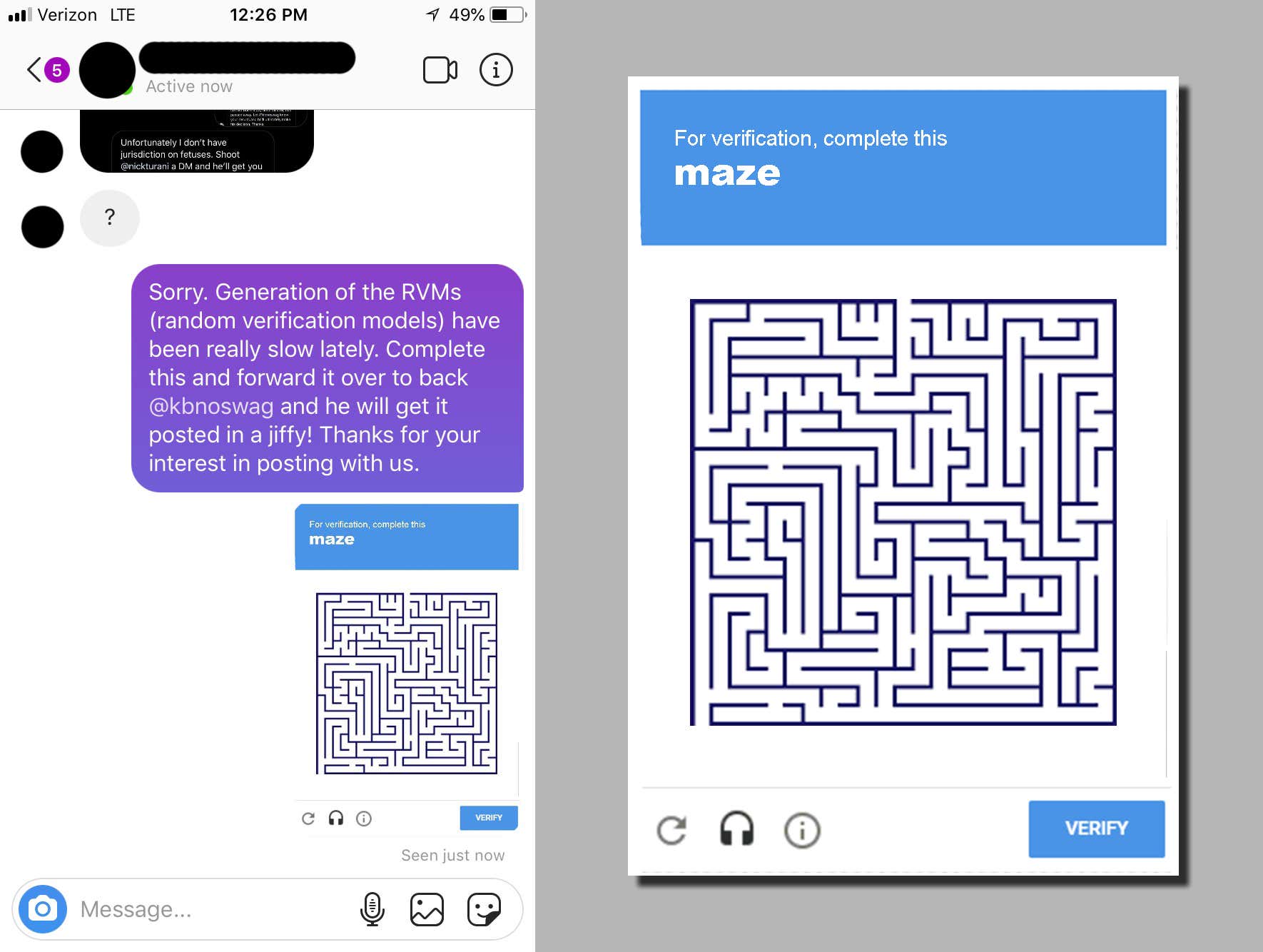 Would this be her breaking point? The labyrinth has broken stronger men before. 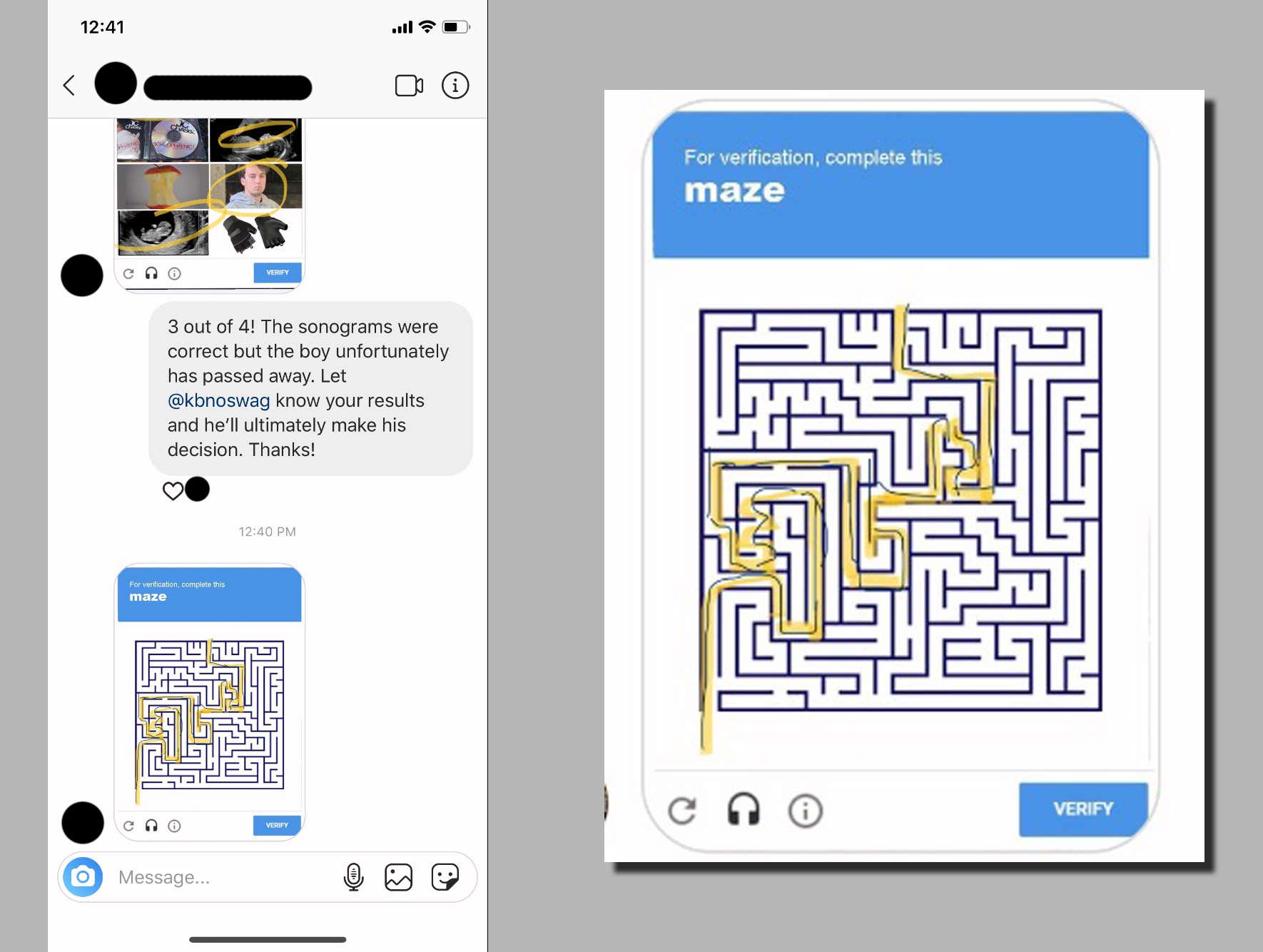 Like broth being poured into a pot too quickly, her stock was rising fast. Aside from sending it to the wrong person (forgivable, as Tommy and Kyle are identical) she was well on her way to video approval.

The Trial of Arms

Enough with the childish games. After informing her that the maze was sent to the incorrect employee, we needed to send her another verification CAPTCHA. The next was simple. 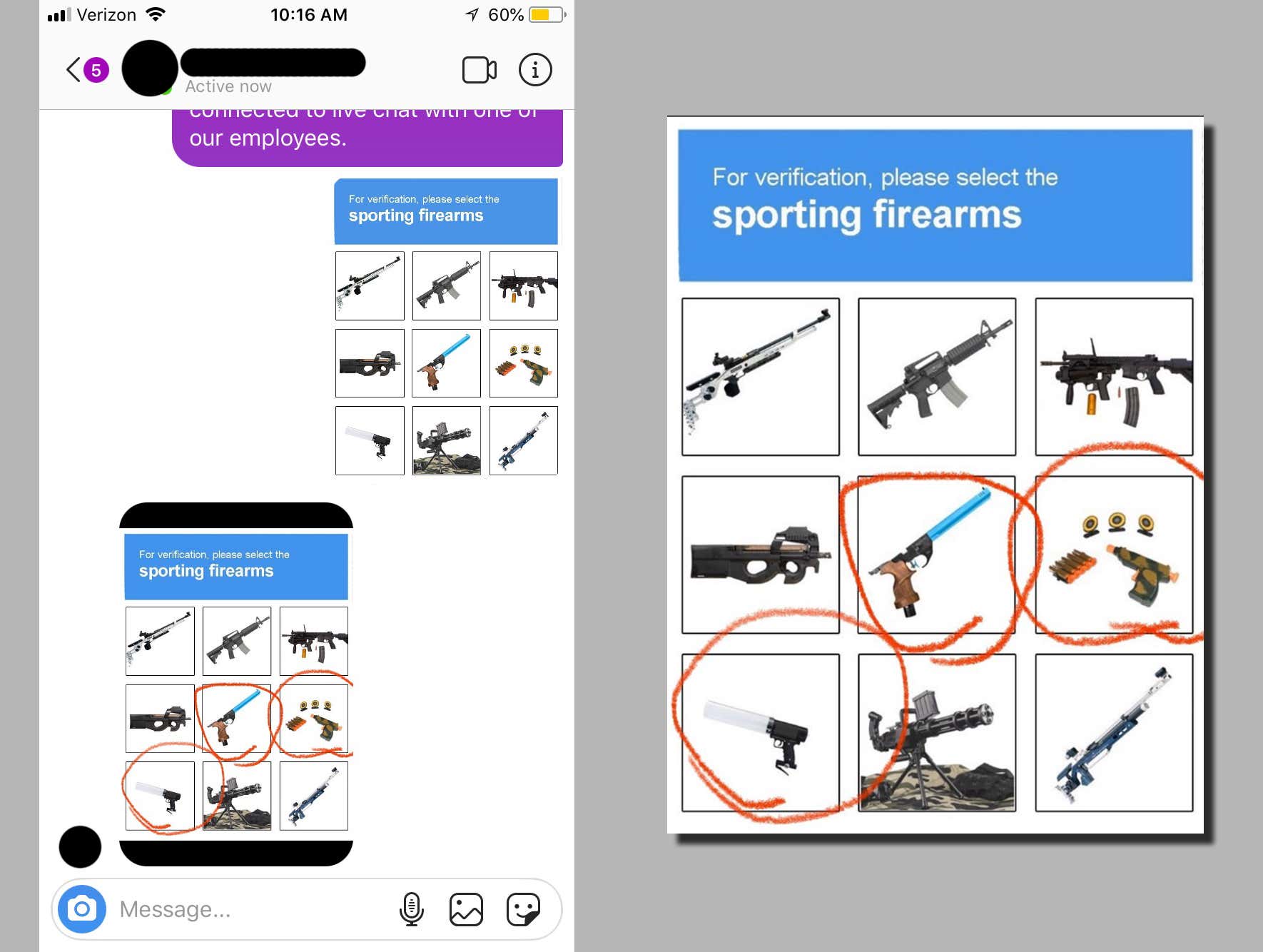 A change of markup color! Was this a cry for help? Who knows?

The air pistol, generic Nerf gun, and T-shirt gun were chosen. To be honest, I know nothing about guns, and neither did she, and her decisions were very obviously weighing on her.

I have yet to respond, and that was 3 days ago. If she reaches out again, I'll have to let her know that due to her mistake(?), we will have to reverify.