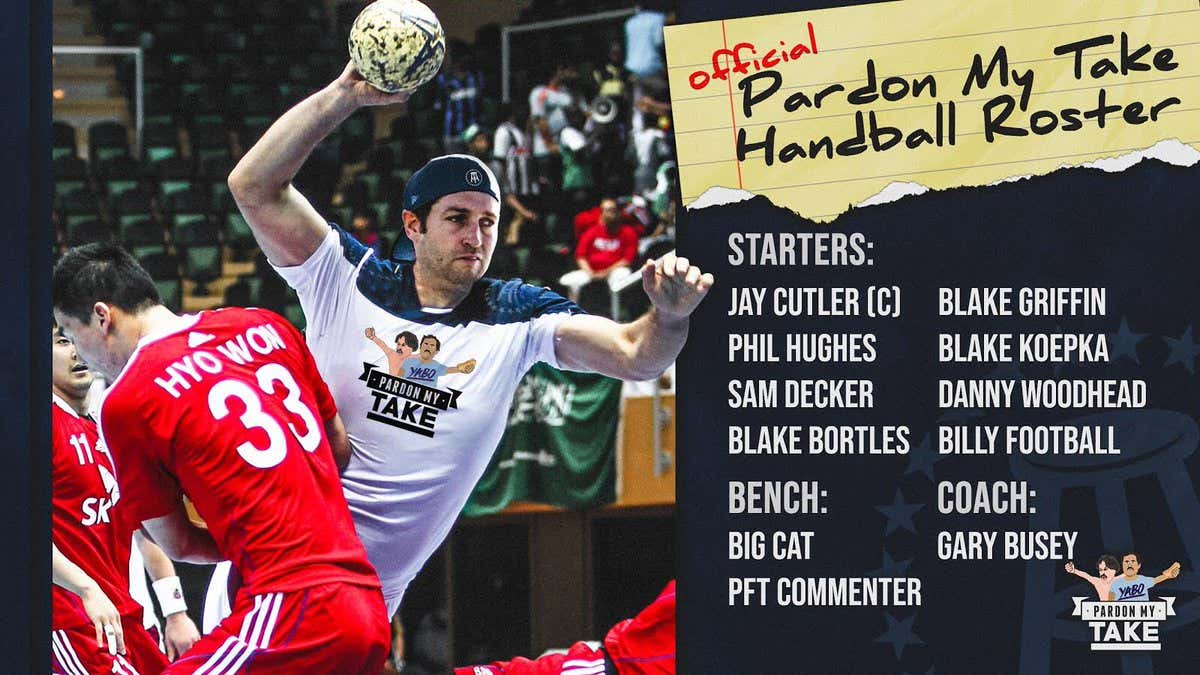 Among the many sports cancellations due to Coronavirus is the 2020 Summer Olympics in Tokyo. And for more on that, Pardon My Take welcomed on one of the men in charge of that decision today: Dick Pound. The longest serving active member of the IOC, Pound joined Mr. Cat and Mr. Commenter to discuss what went behind the moving of the Olympics one year back, the fight against steroids, and, of course, being named Dick Pound. If you recall, PMT is in the works of putting together an Olympic handball team, thanks to Jay Cutler's appearance a couple of months ago. Fast forward back to today's episode, and Mr. Cat and Mr. Commenter asked Pound if that was a good idea:

Mr. Cat: Do you think, just spending the last 15 minutes with us, that we are borderline professional handballers? Because there's been a lot of debate. We had Jay Cutler on, former Bears quarterback, and he says that he could be a former professional handballer, and we got the handball community very upset. Do you think, just looking at us, we're Americans, we've probably played Tee Ball, we know how to throw a ball, we could probably compete in the 2021 Japanese Olympics in handball?

Dick Pound: Well, you know, when I came back from Munich, Montreal, as the host, was allowed to enter a Canadian team in every sport. And so I said, ignorantly, you know, we're all pretty good at throwing. I played squash and all that sort of stuff, so we should get together and become the Canadian handball team. I think it helps to throw. I mean, it's an advantage you get in North America because we throw rather than kick balls. But it's a tough, tough game. And if you think you can just put down your spikes and step up there and score goals in team handball. Think again.

Mr. Commenter: I don't know. I still feel like we could do it, but again, that's probably, you were in that same position as we are right now. You learned your hard lesson, we have not learned our hard lesson yet.

I'm ride or die with my guys, so I remain all in on the fact that Mr. Cat, Mr. Commenter, and a group of American athletes would win gold in handball. But it's interesting to see that Mr. Pound once had a very similar aspiration as the Pardon My Take squad currently has. Handball seems easy, until you do it. At least that's what Pound thinks. But with Jay Cutler, the Blake's, and Coach Gary Busey on the sidelines, you've been warned.