What started as Jay Cutler playfully saying a bunch of American athletes could win an Olympic gold medal in handball a few weeks ago has how turned into... an official open invite for the Pardon My Take handball team to play for an Olympic gold medal?! That is true, and we'll get into the story of how that developed below. Olympic handball player Xavier O'Callaghan joined Mr. Cat and Mr. Commenter to answer their basic questions regarding the sport, explain the game more in depth, and let us know that Cutler's guarantee has absolutely rocked the European handball community:

Xavier O'Callaghan: Jay Cutler was saying that he is ready. Don't you imagine, you know how difficult it is to win an Olympic gold medal?

Xavier O'Callaghan: So, Jay doesn't need to go to the Olympics to get it.

Mr. Commenter: So, we're already in the gold medal match.

Xavier O'Callaghan: And Nikola Karabatić keeps his word, always. If he's saying he will do so, he will do it.

Mr. Cat: How many games does he get to play?

Mr. Commenter: Just one game and he gets a gold medal. 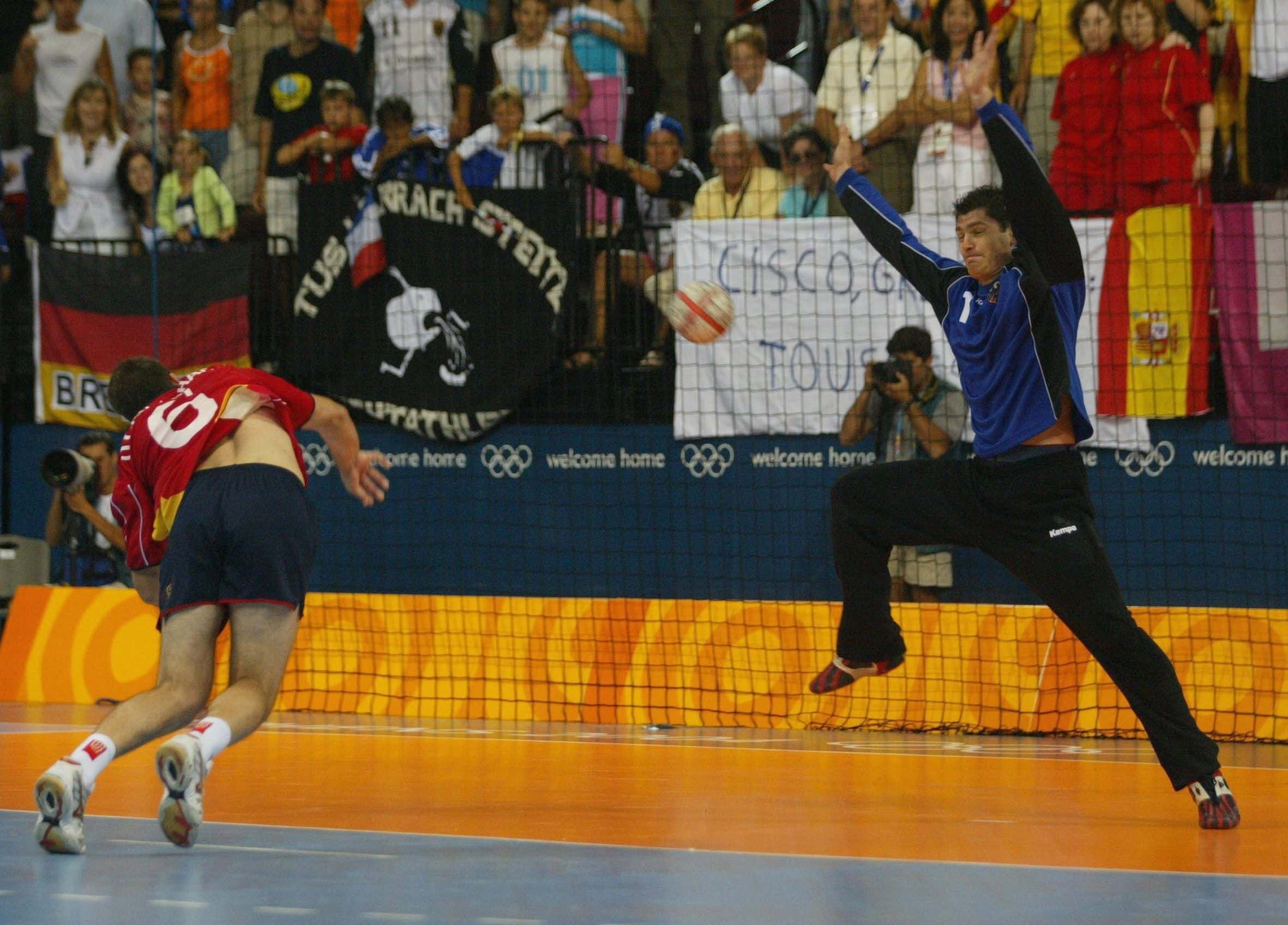 Mr. Cat: So, everyone in the handball community knows about this story?

Xavier O'Callaghan: Yes! It's a trending topic in Europe.

Mr. Commenter: I think, just for the record, if Europe's listening to me, America has superior athletes to Europeans. Every single one of them is better than every European in every sport that any European has tried to play.

Xavier O'Callaghan: Except in handball.

Mr. Commenter: No, no in all of them. I just want to keep this trending right now. So the entire continent of Europe, they do not measure up to our waist when it comes to any sort of athletic event.

Mr. Cat: I'm going to try and call him [Jay Cutler] and I want you to tell him about the gold medal thing.

[Narrator: He did not pick up.] 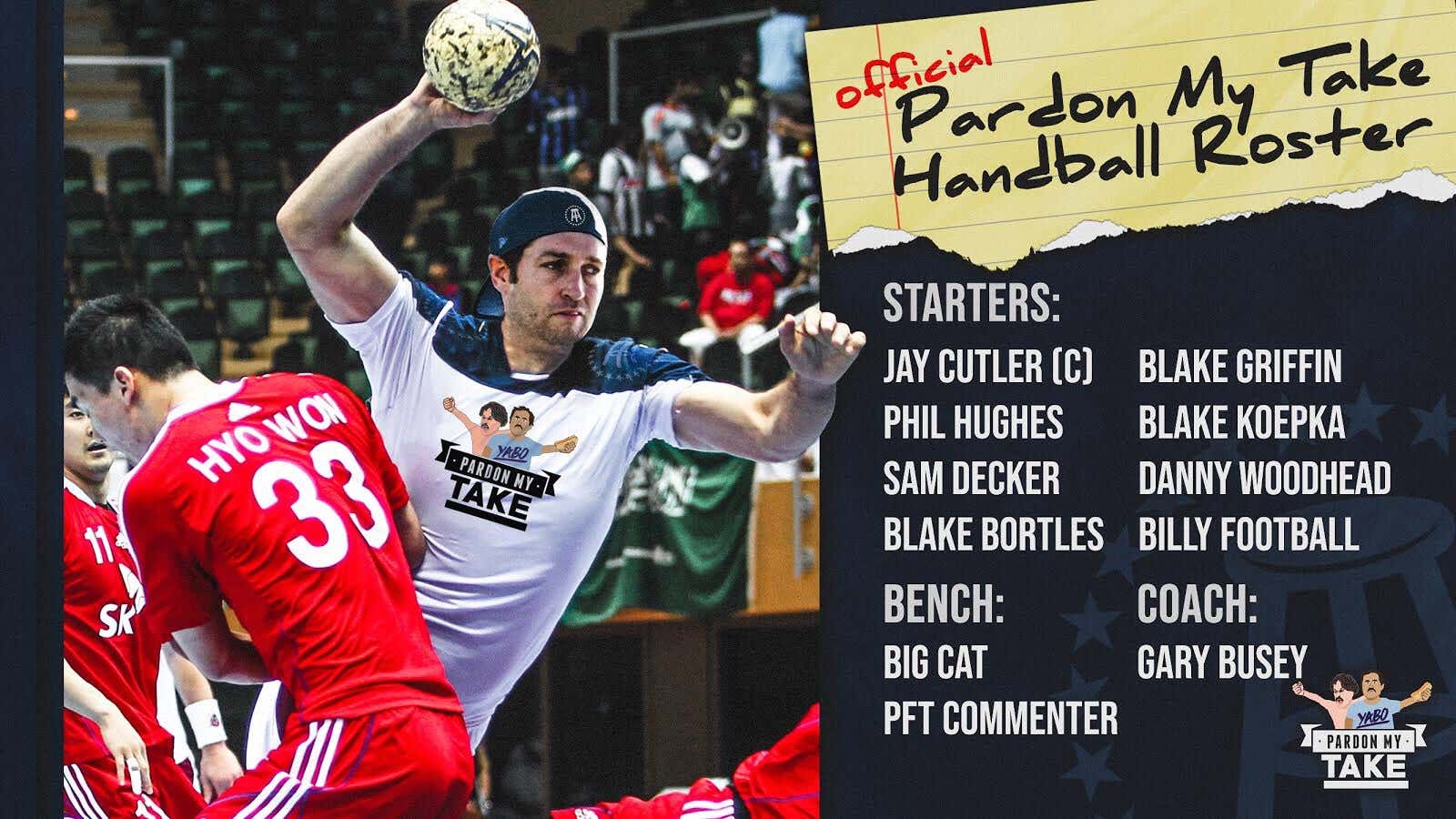 Xavier O'Callaghan: By the way, he has been invited by a top handball team in Germany to train with them for one week. So, he has to go train with one of the best teams in Germany.

Mr. Commenter: Everyone knows about Jay.

Xavier O'Callaghan: And by the way, Nikola Karabatić is a huge fan of the NFL.

Mr. Commenter: If he wants to come over and try playing in the NFL, I'll give him my spot on the XFL roster. So, that'll be a little my way of saying thank you for Jay.

This NEEDS to happen. Screw the qualifiers, screw the quarterfinals, screw the semi-finals. Nikola Karabatić is so confident his squad would take down the newbies, that he's putting the gold medal on the line immediately. We already know how confident Cutler, Mr. Cat, and Mr. Commenter are that they could pull this off. Looks like we have a match!

Watch PMT every Monday, Wednesday, and Friday only on Barstool Gold. In addition to these video podcasts, you can watch the Barstool Documentary, all-new bonus episodes of Pardon My Take, KFC Radio & KFC Radio Classic, as well as Skype Rundowns, live video AMAs, and other video content from some of your favorite personalities. As a Barstool Gold Hardcore member, you’ll also receive free shipping in our store, the ability to watch Rough N’ Rowdy PPV events at no cost, fewer ads, exclusive merch and the chance to take a tour of Barstool HQ. Join the most hardcore Stoolies and subscribe now: barstoolgold.com/pmt