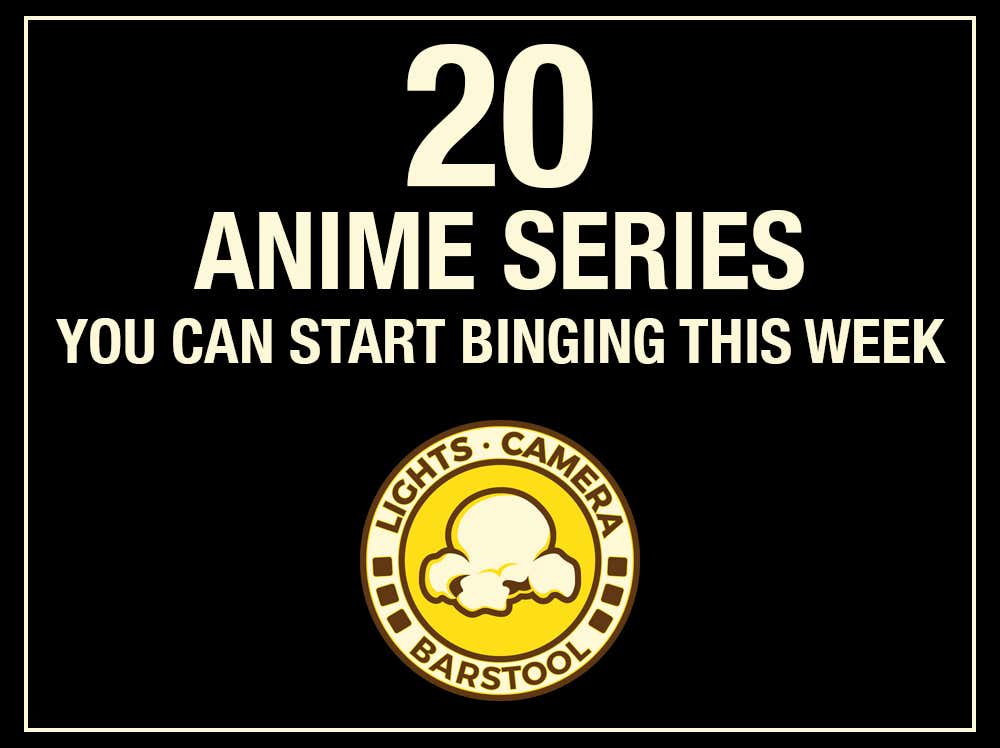 I know a lot of you might be thinking "Anime? You fucking nerd, you probably never get laid". This is all true, but I think anime gets an unfair rep among people who have never watched it before. At their core, they're the same stories you are used to seeing elsewhere, but just in a different medium. Anime has even inspired a lot of Western media that you are definitely familiar with.

- 'The Matrix'? It's almost exactly 'Ghost in the Shell', beat for beat.

- 'Avatar'? It's an amalgam of 'Princess Mononoke', 'Ghost in the Shell' and probably 'Dances With Wolves', my favorite anime!

All I'm saying is that you should give it a chance, you'll be as pleasantly surprised as I was when I got on the anime train. I ordered these all from least anime-ish (if you're new to anime you'll prob like it) to most anime-ish.

- Have you watched 'The Mandalorian'? Did you like 'The Mandalorian?' Then you will like Cowboy Bebop. There is actually a live-action adaptation in production now as well.

- I'm a fan of funnier animes, and OPM is just that. It revolves around Saitama, who is a superhero that is too strong. Like way too strong. So strong that he defeat any bad guy in the world with one punch. This makes him bored and depressed. It's hilarious and I don't think you need to be an anime guy to get it.

- A lot of anime people tried to convince me into watching this for a long time, and I was really happy when I did. Incredibly interesting and with cool action, it's incredibly easy to follow for a casual fan. I also just love the brotherly dynamic between Edward and Al.

- Berserk is a little on the weirder side, but if you're into demonic shit this will definitely be your bag. It's also one of those shows that makes you think a little more than you thought it would.

- This took me a few tries to get into, but once it gets into form after a few episodes, you're basically hooked. A problem anime can sometimes have the protagonists powers increasing WAY too fast. This show paces out the progression well,  and the character relationships are great.

- I really enjoy the worldbuilding and the powers in this show. It reminds me of Pokemon in that sense, excpt the stakes are way higher and and violent in this.

- Personally, I don't really like serious anime too much. I will admit, though, that this show is fucking horrifying. The design of the titans and the eating scenes freak me the fuck out.

- It took me 2 or 3 watches to start to get this but once I did, I couldn't stop watching. It's effortlessly funny, and manages to retain interest despite switching the main protagonist pretty frequently. It's cool seeing the advancement of time and how the world building advances along with it, and this is another show where the advancement of powers is well paced out.

- I would definitely not recommend this to anyone who hasn't already watched some anime, because a lot of its nature is making fun of common anime tropes. I find it very unique and strange, but also very funny and well made. It won't be for everyone, but those who like it will really like it.