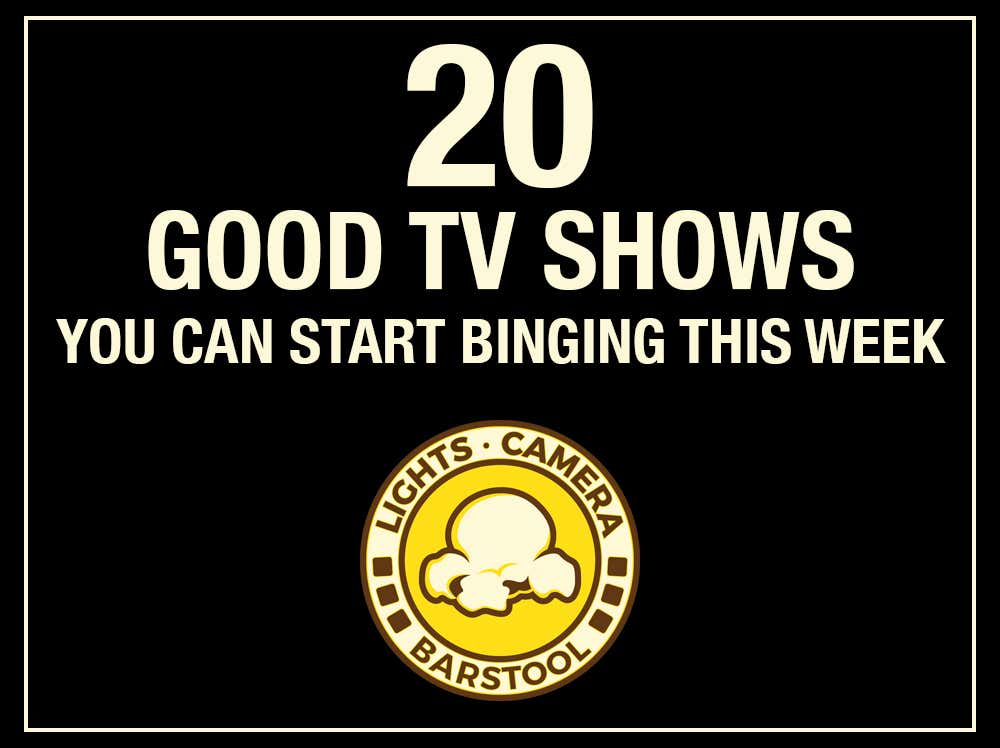 This is a little off the beaten path from the usual movie blog, but god knows I've let TV obliterate enough of my brain cells to offer an opinion. I tried to give you some out-of-the-box picks that you may not have watched already, so enjoy!

1. I Think You Should Leave With Tim Robinson

- If you are online at all, it is very likely you've heard of this show already. For me, it hits at, like, a 50% clip. The good half is some of the funniest, most quotable shit ever. The bad half is very bad and skippable.

- I'm a big fan of The Witcher 3 and an even bigger fan of Henry Cavill. This series does a good job at combining both of those things, despite being based off the books and not the video game. The weird timeline and narrative was a bit over my head, but its very funny and has plenty of well-produced action.

- Dark is a top 3 show Netflix has ever made, which is no small praise. Imagine if Stranger Things was made for adults and was weird and scary as shit. That's Dark. I'd highly recommend listening in the native German and using subtitles instead of listening to the dub version. It just helps set the scene better.

- Sherlock is insanely popular, but a surprising amount of people haven't watched it. It's a perfectly casted, perfectly acted mystery show that manages to update something as old as Sherlock Holmes to be digestible for idiots like us with small attention spans.

- This show is the ultimate comfort food. Aesthetically pleasing, very funny and you never need to pay too much attention to be able to follow along.

- Imagine Sopranos except it's the 20's. That's Boardwalk Empire. Fantastic acting across the board and really interesting/dramatic plotlines.

- Chernobyl is one of those events that I didn't know much about past the few sentences it would get in history textbooks. This show not only goes into intense detail on the event itself, but also the systematic failures across the board that lead to it happening. It's also simply gorgeous from a production standpoint.

- This show is a total treat. Deep plotlines, awesome action, really authentic production value and great acting. It was notoriously cancelled because the production value was so high. $100 million per season.

- This series was expertly made in that it's great to watch for people who aren't familiar with the comic books, people who watched the 2009 movie but didn't really understand it (me) and fans of the comic books. If you like a TV show where you're kept guessing on what the fuck is happening till the last second of the season, you just found the one.

- A big favorite of me and Trillballins, the first season of this show is some of the funniest conceptual shit I've ever seen. I rewatched the whole thing some 3 times in the span of a month. The second season is....eh. but man is that first season more than enough.

- For some reason, I slept on this show for far too long. Much like The Good Place, it's great comfort food with hysterical characters.

- Much like Watchmen, this is a show that keeps you guessing what the fuck is going on. That said, it's a great watch. Dan Stevens rules, and it's an Audio/Visual treat.

- Another show I slept on too long, this show brings you across an entire rainbow of emotions basically every episode. Not many series can make a similar claim.

- There is a reason this show gets nominated for and wins a billion awards, and it's because it's awesome. If you like espionage thriller-type media, this is your show.

- I only recently started this after the entire world screamed about how good it is for 3 years straight, and boy were they right. Rachel Brosnahan is great and I personally love seeing Tony Shalhoub in anything.

- This show took me by surprise and is still one of the best shows I have ever watched in my life. I'm not even a pirates guy! I feel lukewarm at best towards them! But this show is nearly perfect in every single way.

- Another huge surprise, this is one of the best superhero-themed shows I have ever watched. It's endlessly funny and super gritty. God damn if Billy Butcher isn't one of the coolest characters ever.

- Speaking of cool characters, Ragnar Lothbrok is THAT dude. I didn't expect much out of this being a History Channel joint, but it fucking rules. Great action and interesting storylines, what more do you want?

- Much like MMM, I slept on this for too long and regret it. Phoebe Waller-Bridge is one of the funniest writers and actresses in the TV game right now.