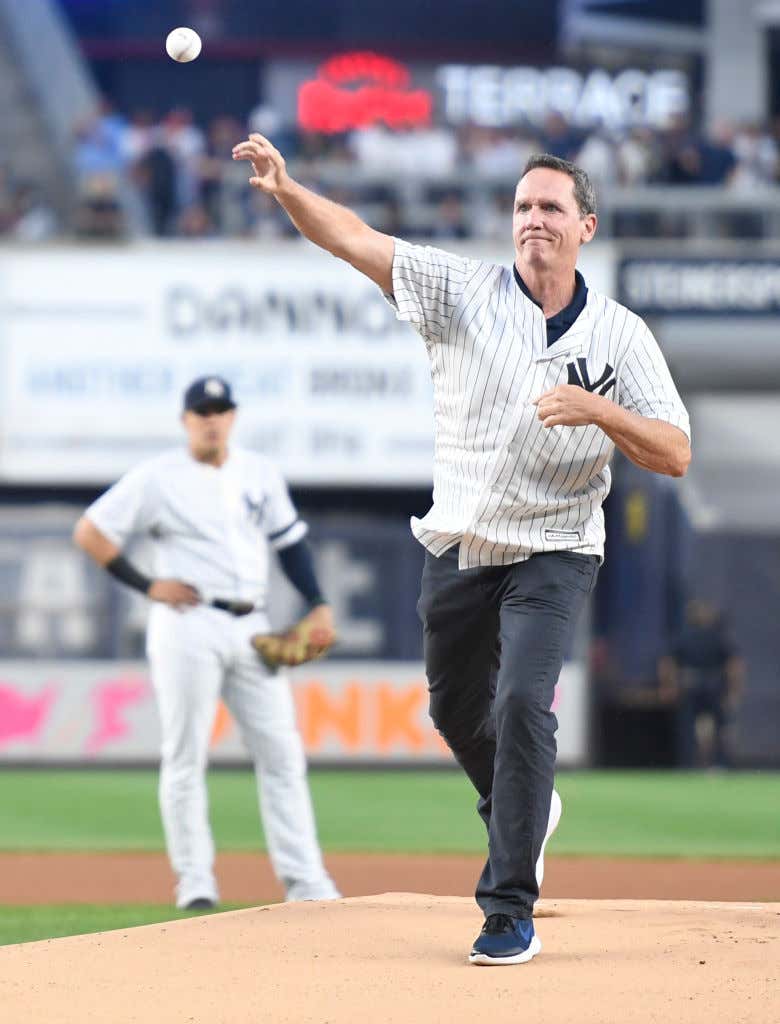 ESPN/Mets advisor Jessica Mendoza didn’t help herself Thursday by blaming the main whistleblower in the Astros cheating scandal, but it won’t be the reason she could lose her spot on “Sunday Night Baseball” game broadcasts. All offseason, ESPN has contemplated how it should construct its Sunday night booth with one consistent thought — it will be orbited around Alex Rodriguez.

But, The Post has learned, an intriguing option has emerged — YES Network’s David Cone. ESPN and Cone have been in discussions about potential roles, including SNB, sources said.

ESPN executives and A-Rod liked how Rodriguez worked with Cone and Michael Kay during a five-inning stint on YES last year.

The Jessica Mendoza experiment with Sunday Night Baseball has been nothing short of an unmitigated disaster, but thankfully it appears to be heading towards an end. You all saw her appearance on Golic and Wingo last week as she somehow scolded Mike Fiers for blowing the whistle on the Astros. The single worst take out there. If you want to read more on that Clem and Carl have got you covered.

It was awful. You can't be a member of a Major League Baseball organization (special advisor for the Mets) while also being a media personality giving takes like that. You just can't do both.

Anyways, following that appearance and a pretty shitty statement attempting to clarify her comments, news began to trickle out that ESPN is eyeing a replacement for her on their Sunday Night Baseball telecast. They claim it has nothing to do with the Fiers statement, but I have to imagine that's helped escalate things. She should be taken off that telecast for how she's announced games over the last few years, not just because of her Fiers comment. The next man up has been rumored to be the YES Network's David Cone. Beautiful! You couldn't make a better decision if you're ESPN.

Now before you Yankees fan freak out, the plan would be for Coney to still be part of the YES Network booth moving forward. Remember, Sunday Night Baseball is only on one day of the week.

If ESPN were to offer him Sunday nights, sources said YES still would want to retain him. Cone has one year left on his YES deal.

Maybe that's why CC has been rumored to be in the plans for the broadcast booth in the future? Who knows, but what I do know is that David Cone would be a home run for Sunday Night Baseball. I don't like ESPN obviously, but we all watch Sunday Night Baseball so this is important for us watching.

David Cone knows this sport just as well as anyone and brings the new aged analytical side with him. So much so that he was in the running to be the Yankees pitching coach for the upcoming season. He's also hilarious and tends to not give a fuck what he says. Just look at his Twitter game on nights the Yankees get rained out and he has nothing to do. It's fantastic.

Most important of all Cone's qualities is that he loves baseball. The biggest problem baseball has is that some of its announcers don't like the game. How can you expect to grow the game and reach a younger audience when the people calling it just want the game to be over? There's been times where a game is in extra innings and Mendoza has suggested that one of the teams probably just wishes they could lose and go home already. I mean what are we doing here? We need people announcing games that are actually excited to be watching baseball. I fucking love when a game goes extra innings. I want games to go 18 innings. It's fun. Sleep? Who needs sleep? Extra inning games that can go on for hours are what separates baseball from the other major sports. You just don't know when they're going to end. It's chaos. The strategy used in 12 inning+ games is fascinating to someone who loves the sport.

You're being paid to talk about baseball in front of a national audience. That's one of the best jobs you can have. I'm sure some people will read this and think I'm sexist, because that's the world these days, but I simply don't think she's very good or has the passion for the sport you need to be in that role. That's not a hot take at all either. I think an overwhelming majority of people who watch SNB would agree. She's no Doris Burke. I could listen to Doris talk basketball all day long. Figure it out ESPN. Let's bring in David Cone and get cooking.