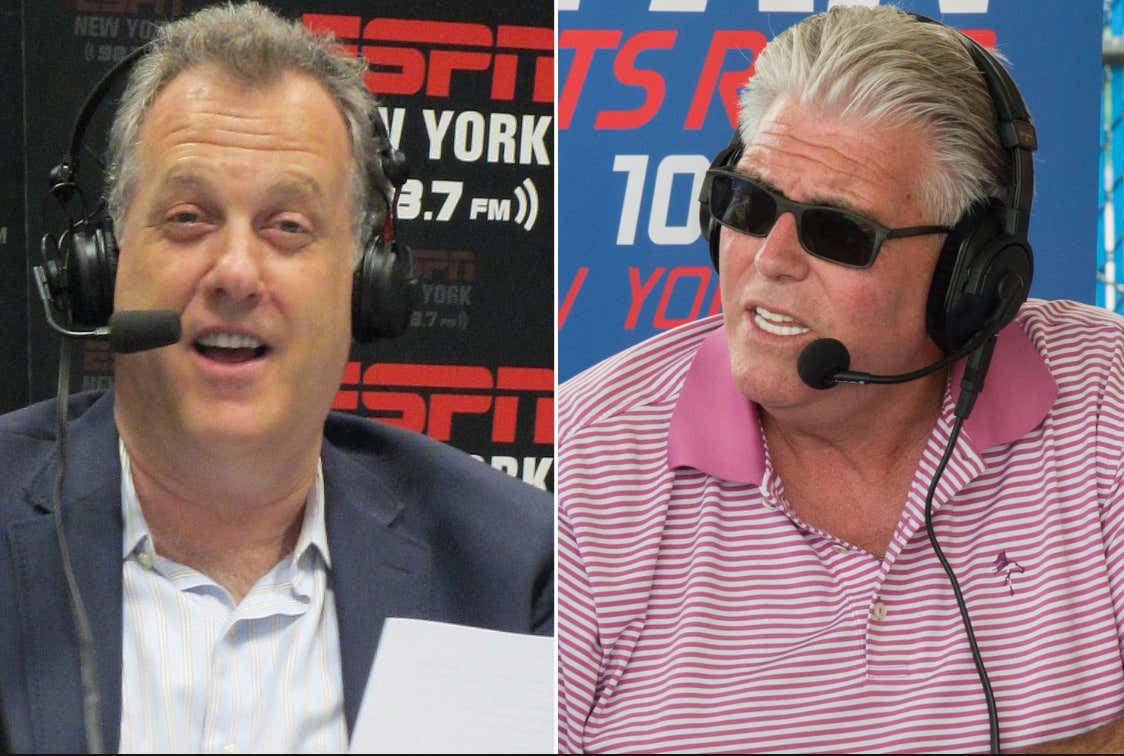 Quick synopsis if you dont want every last detail: Let me catch you up to speed on the WFAN vs ESPN ratings war in NYC. Mike Francesa has won like 15 years in a row. After his retirement, unretirement, and introduction of his app, Francesa’s ratings have slipped. Michael Kay and the rest of the competition has been closing the gap. The last couple ratings books, Michael Kay has talked about how they are coming for the crown, and this most recent ratings period, he claimed victory over Mike. He went IN on Mike after declaring he “Kicked his ass” and said he actually pities Francesa for not being gracious:

Two problems – 1) Peter Rosenberg chiming in on this radio war after A) joining the Kay show only like 3 years ago and B) being one of the most hated personalities in the entire city attempting to talk sports, is absolutely infuriating. No matter what you think of Mike and how he runs his show in his recent years – if you have problems with him not knowing names or getting facts wrong, or if you dont like how he treats his callers, or whatever your gripe with Mike may be – I think we can all agree that Peter goddam Rosenberg has no fucking business talking about Mike Francesa’s career in sports radio. Zip. Zero. None. Nil. Its legit a “keep your name off his lips” situation. You can love Mike, you can hate Mike, doesnt matter – everyone agrees Rosenberg should just shut the fuck up.

2) Kay didnt actually beat Francesa. ESPN is choosing to measure their ratings by combining their radio listeners with their streaming listeners, and comparing that to only Mike’s radio listeners. Al Dukes from Boomer and Gio sums it up best:

And thats a guy thats pretty impartial despite working at the same station as Mike. The Morning Show wanted to beat Mike as much as WFAN’s competitors, so when Al Dukes is willing to give Mike the W, thats how you know its true. Seems pretty clear cut.

So, Mike being the Pope of Petty went on a rant clearing up the mathematical semantics and in the process describing his competitors at ESPN – from the programming GM to the on air hosts – as “rented mules,” which is maybe the most disrespectful thing I’ve ever heard:

I know a lot of people think this is petty and stupid. And it is. But I fucking love it. Sports radio is my WWF. I know how dumb it is and I know how silly of a soap opera this whole saga is, but I cant get enough. Michael Kay fudging the numbers and taking a fabricated victory lap alongside his cohost who’s the most hated dude on the airwaves is hilarious. Francesa claiming he doesnt like talking about the ratings and was just going to quickly clear up the misunderstanding, and then turning around and delivering a 9 minute speech explaining why he’s the best and going Dracarys on his competitors is hysterical. Mike Francesa is very clearly in the right here, so he’s right when he says its the ultimate embarrassment to claim a victory that isnt real. Its a very clear cut situation where ESPN is comparing apples to oranges to look like a winner, and thats maybe the most mortifying thing you can do. The flip side is, even when you add the numbers correctly, Mike barely squeaked by. And for the last 20 years straight hes dominated the ratings so handily that he never even had to mention them. To be bragging and debating and arguing over fractions of a point and the narrowest of victories is very telling. The writing is on the wall for Francesa…but to think that Michael Kay and his show will ever own this city is just ridiculous. Even if you dont like Mike in his old age (I actually find all the things that make Mike great are getting better in his old age of not giving a fuck), I just cant imagine turning the dial to Kay. I can understand turning Mike off, but I cant understand turning on a show with Rosenberg instead. That will just never compute.

Bottom line, Kings stay King. Clowns stay clowns. But the tides are turning, and the pettiness is going through the goddam roof.