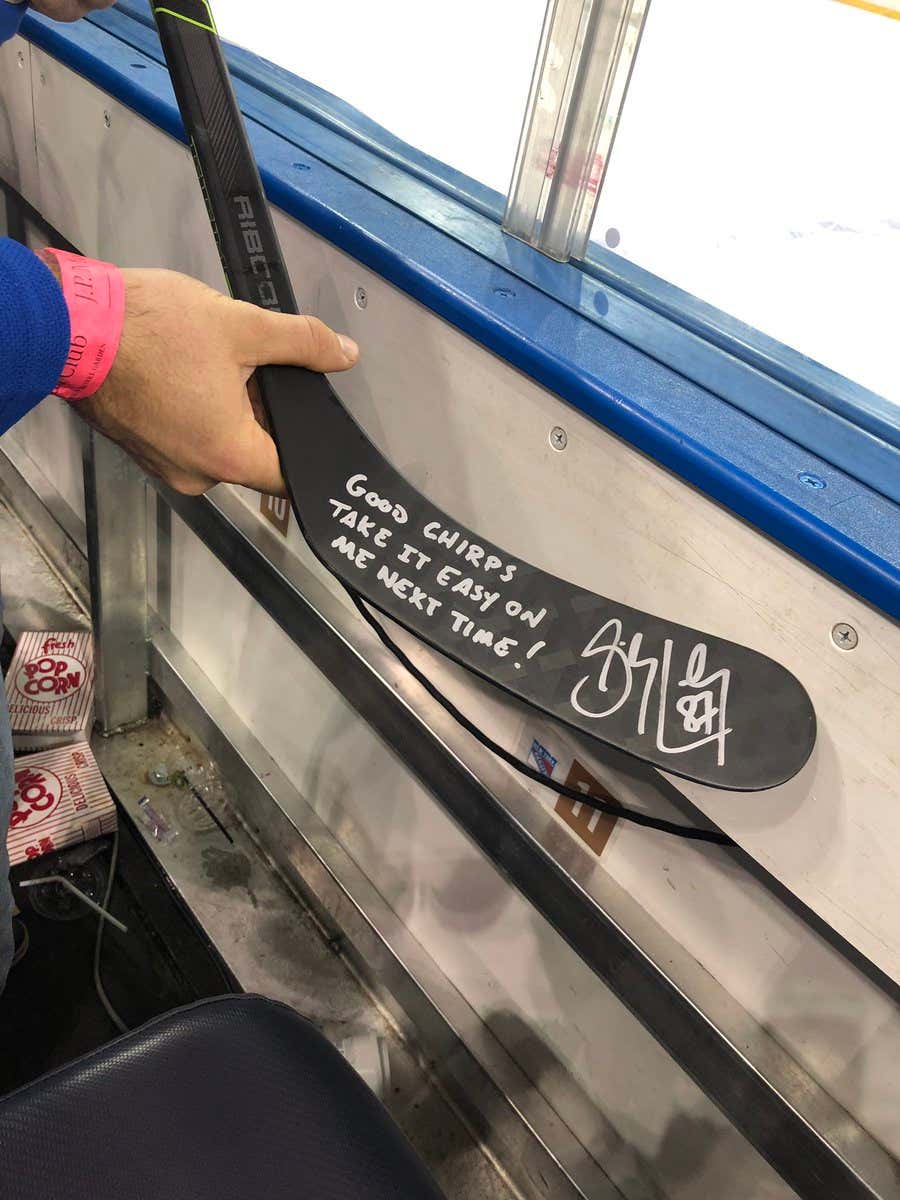 I mean Sid has to get chirped to no end everywhere he goes besides Pittsburgh and probably most the of the Canadian teams. But especially so when he’s playing against over Metro division teams. So he could easily either just ignore it completely or he could even be a prick about it. Imagine having to hear some fat slob call you a pussy all night while he’s guzzling down a $12 beer and on his 7th hot dog of the game. Probably breaking out a highly original “Cindy Crosby” joke at least 4 times per period. He could easily just turn around and tell the dude to go kick rocks. But instead, he hooks him up with a stick (not that a stick means anything to Crosby but still) and leaves a little message on there for him that will now be the #1 topic of conversation for this dude throughout the rest of his life. Pretty cool move, tee bee aytch.

So yeah. I’m still going to hate Sidney Crosby every time he plays against the Flyers or against Team USA. But I’m at a point in my life now where it’s not worth the energy trying to force myself to constantly hate him anymore. I guess that’s how you know you’re growing up.