Sunday night was the debut of Kid Sees Ghosts (Kanye West and Kid Cudi) during Camp Flog Gnaw in California. Kanye and Cudi used a set for their show where they were suspended in a glass box (see above). Apparently Lorde did not like this, and is claiming that they stole the design from her. She posted pictures of her set design from her last tour compared to what Kanye and Cudi used. 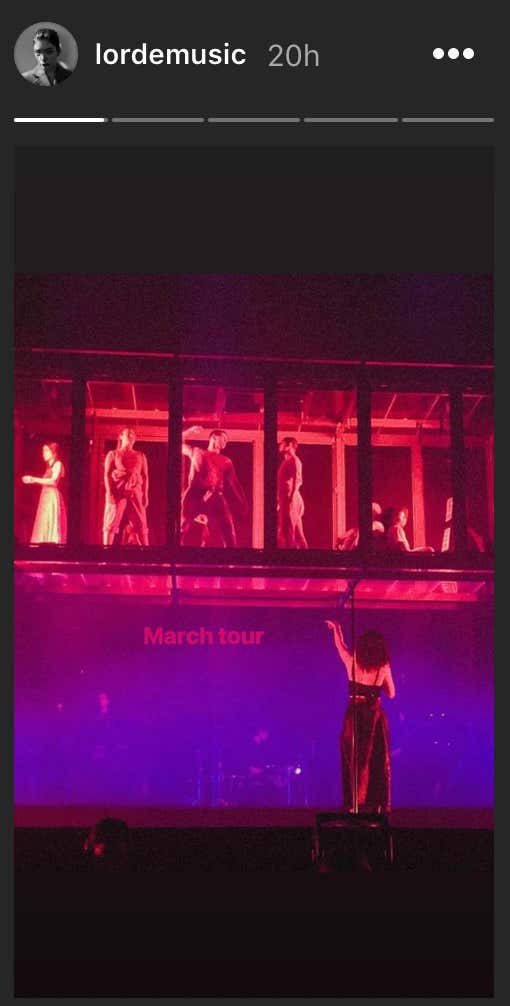 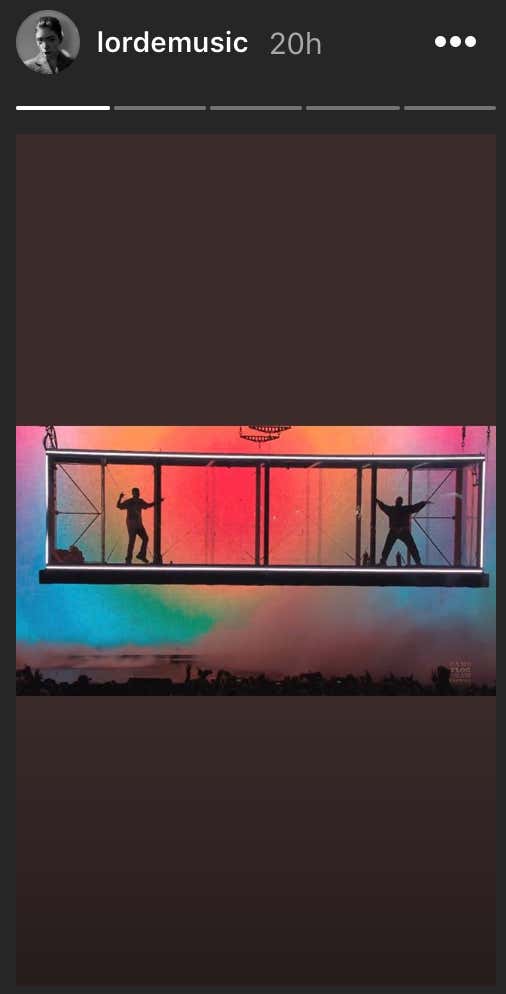 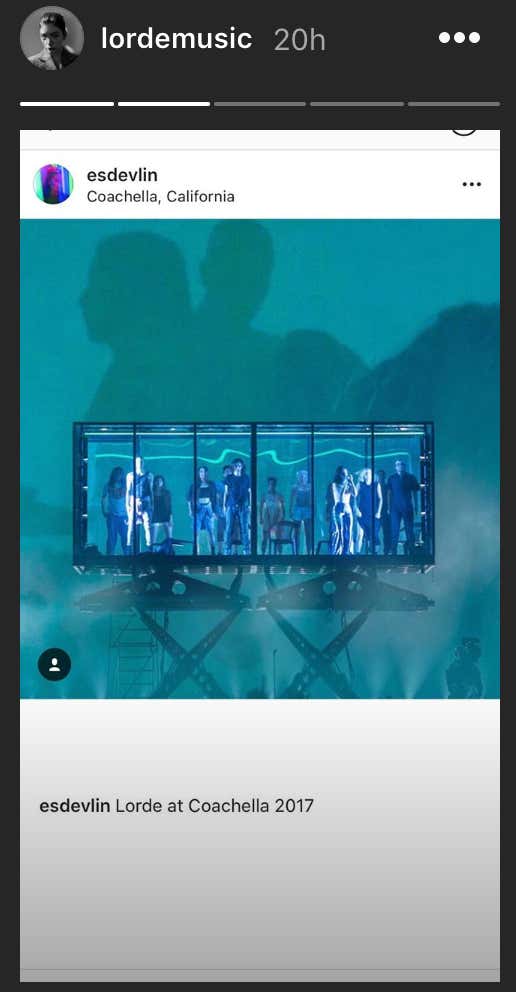 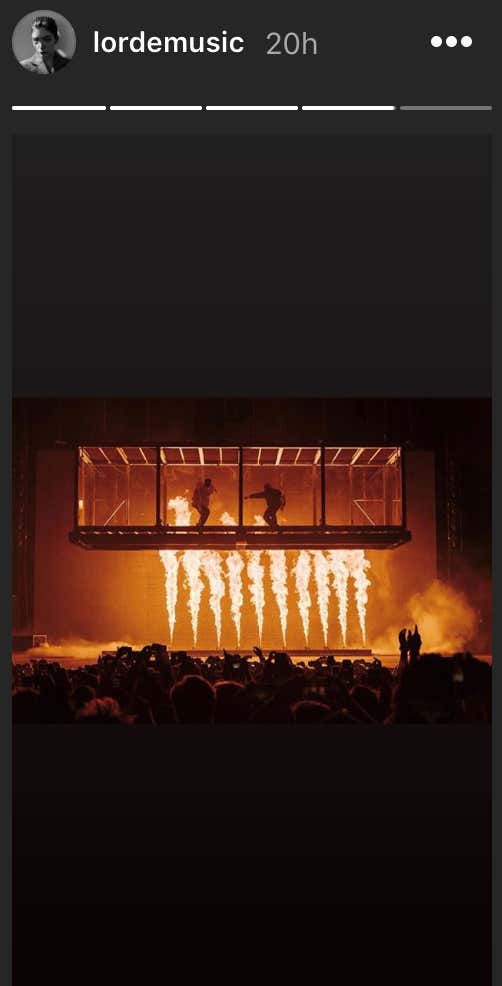 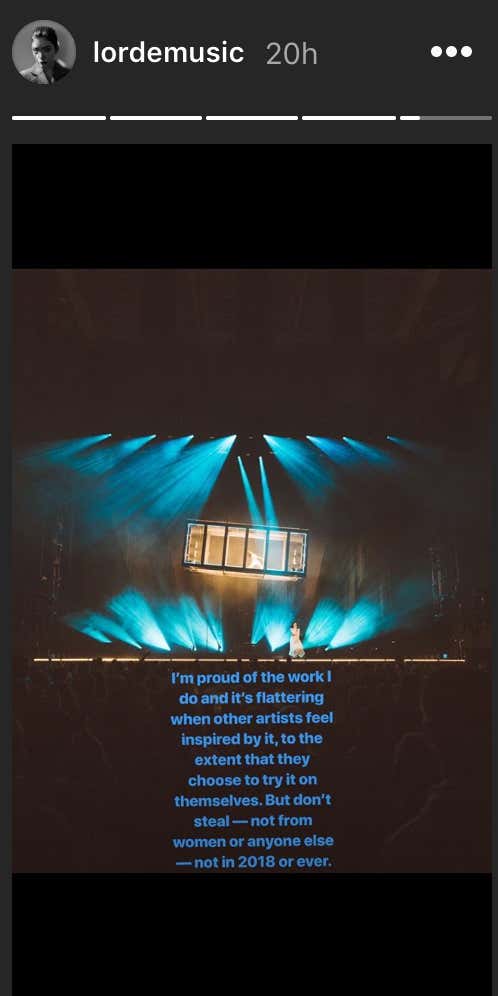 Okay so obviously the sets are very similar. In Lorde’s last story she wrote, “I’m proud of the work I do and it’s flattering when other artists feel inspired by it, to the extent that they choose to try it on themselves. But don’t steal–not from women or anyone else–not in 2018 or ever.”

However this morning, Es Devlin, a stage designer from London, posted on her Instagram sets she designed in 2007 that also feature the floating glass box. In Lorde’s Instagram stories she featured a post from Es…because they worked together to design that Coachella stage. So it seems like Es came up with this concept a long time ago.

Es Devlin and Kanye have worked together many times before…according to TMZ they’ve worked together since 2005 on many of his tour designs such as Touch The Sky, Glow in the Dark, Watch the Throne, YEEZUS, and Saint Pablo. Here’s a post from Es after she helped with the floating stage concept for the Saint Pablo tour.

TMZ- Our Kanye sources say he’s never seen a Lorde show and would never think to copy her. There are also striking similarities between other Kanye tour looks, and what Lorde recently did on tour.

So seems pretty simple here. Es Devlin has worked with both Lorde and Kanye. The glass box concept originated from her in 2007 and was later used for Lorde and now for Kanye. I’m not sure if Es and Kanye directly worked on this set for Kids See Ghosts, but clearly he is familiar with her work and takes inspiration from it. Lorde can’t really accuse Kanye of stealing an idea that she collaborated with Es on in the first place. Case closed.

P.S.- Lorde bringing the women issue into her argument is also a little bizarre. Es is also a woman…she came up with the original design.