I hope everyone enjoyed the NFL season. It sure was fun while it lasted, but we have far more important things to pay attention to. The NBA season is about a week away, and if today was any indication it’s going to be absolutely outrageous. It all started with Jimmy Butler demanding a trade, and then it came out he wanted to join three dumpster fire (no offense) franchises. Then he may or may not have had sex with Karl Anthony-Towns girlfriend which was the real reason for the whole trade demand and why KAT hasn’t signed his extension. Then KAT said that wasn’t true.

I mean Jesus Christ, what is even going on around here. The truth is we all know things are severely messed up in MIN, the whole TimberBulls idea backfired, Butler wants out and Wiggins hates his guts. I mean I would too if I were Wiggins, especially after Butler came out with this bad boy

We have ourselves a petty war ladies and gentlemen, and what league does pettiness better than the NBA? Nobody that’s who. And even if there is some truth to the fact that the Timberwolves were DRASTICALLY better with Butler on the floor, Wiggins had to say something. I mean he has the security of a gigantic contract that no team will ever trade for. He can say whatever the hell he want without hesitation.

While I feel for the fine people of Minnesota that they have to deal with this after their lone successful season in forever, as a casual NBA fan I’m going to have to ask them to let the rest of us enjoy the chaos. This is only going to end in complete and utter destruction, and I for one am very much looking forward to it.

Maybe this was to Stephen Jackson? I think our pets heads are falling off. God do I love this league

UPDATE TO THE UPDATE:

Definitely was. Or is that just what he wants us to think? 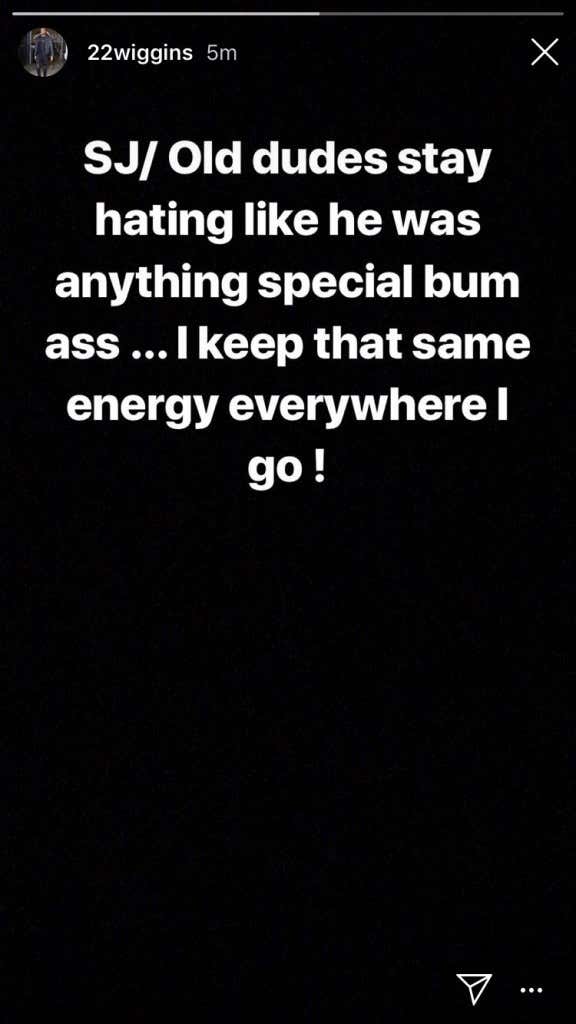