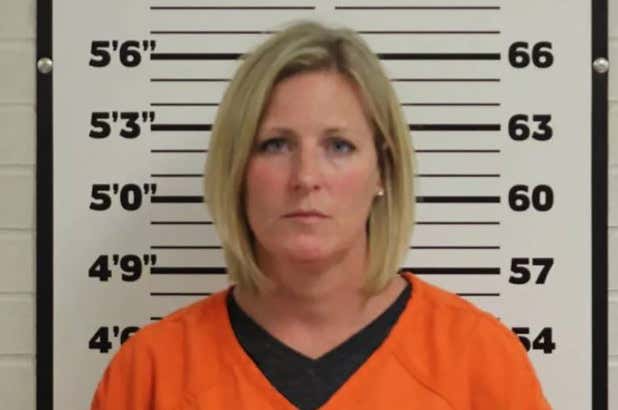 Missouri – An assistant high school principal in Missouri allegedly had sex with a 16-year-old student whose family considered her to be a mentor for the teen, making sure “he got on the right path,” according to the boy’s father.

The student told a Missouri State Highway Patrol trooper that Giesler performed a sex act on him at her home in Ste. Genevieve County last month. They also had sex on two other occasions at her home between April and earlier this month, the student told investigators.

The father of the ninth-grader told KTVI that his son had known Giesler since sixth grade, adding that the family thought of her as a trusted adviser of sorts. …

The teen’s grandmother was disappointed that she once considered Giesler to be a “really nice person” and a positive influence on her grandson.

“And I thought she was really going to do something for my grandson, but yeah, she was doing something for him all right,” she told KTVI.

By way of full disclosure, I’m not even sure Elizabeth Giesler would be grade-worthy if she was just a teacher. But it seems like we’re in the early stages of a societal trend where school administrators are the new status symbol. These students are starting to collect vice principals and principals like it’s the Pokemon Go of the summer of 2018. First we had the lovely Vice Principal Dawn Diimmler: 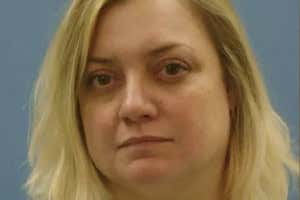 Sex with your top administrators is that luxury car or designer watch that says you’ve arrived. That you’re so ahead of the mere SST students that you can get the women who actually run the school and dish out the punishment to flush the careers, reputations and pensions they’ve worked so hard for right down the toilet just for you. That you can get a handie from that same hand that writes the reports home and signs the diplomas is power suit of Teacher Sex Scandals. Granted, a super attractive teacher will always rate higher. But at least Vice Principal Giesler’s job title earned her GtNSST status.

The Grades:
Looks: She’s 39, huh? I was trying to think of who she reminds me of and just keep coming up with Rapoport. That is not a compliment.
Grade: D+

Moral Compass/Bad Judgment: Let’s see, we’ve got the sex at her place. Sodomy. Befriending the family. And playing the long con with the kid, grooming him from sixth grade and waiting until he’s old enough. And by “old enough” in Ms. Giesler’s world, we’re talking about 16. So there’s that. As creepy as it is to befriend a sixth grader – and by God it is really, REALLY creepy – imagine her waiting out his puberty? How does that work exactly? What happens if the lad grows up and she’s not attracted to him? Or him to her? Then she’ll have wasted all that time and effort. In some ways it has to be like casting a child actor in a film franchise and not knowing if they’ll be able to act by the time you’re filming Part 5. I did mention the creep factor in this, didn’t I? Because allow me to mention it again. Super creepy AF.
Grade: B

Intangibles: You have to love Grandma being extra salty about this. I’ve read her quote five times now and I laughed out loud every time. Like you know she’s repeated this line 50 times at Bingo and it gets a chuckle every time. “Yeah, she’s doing something [eye roll] for him all right! [Pauses for laugh.] I’ll say she’s doing something! [Elbow to the ribs. Belly laughs.]” Grandmother SST humor is my favorite kind of SST humor.
Grade: A