Got to have a few beers with a couple members of USA curling team AKA #TeamShuster after they won Gold for the first time in history. They were great guys and some of the most #saltoftheearth athletes I’ve ever met. Funny thing is that the only way I got linked up with them was because I commented on twitter how someone at the game looked like like Nate

and he ended up being a stoolie as well as the future brother-in -law of Tyler George, one of the members of #TeamShuster. 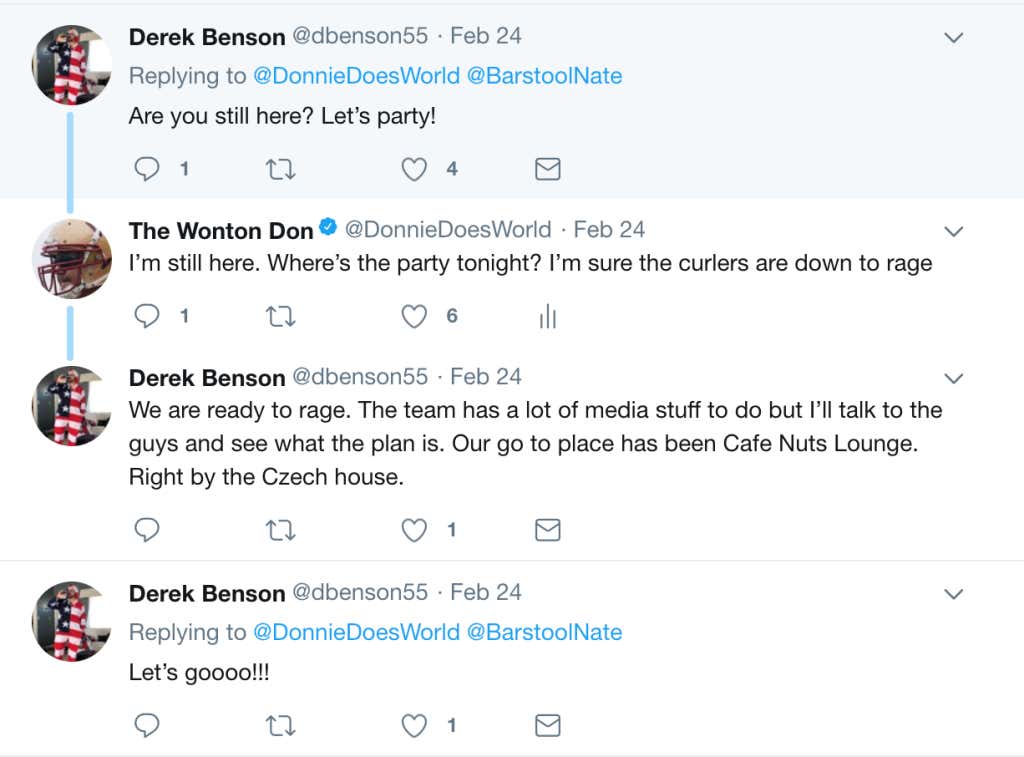 It’s a damn shame Michael Rapaport doesn’t have access to the stoolie network anymore as it can really come in handy sometimes.

In all honesty though, #TeamShuster has gotten me all in on curling and I can’t wait to see the day where my kids hit the pond with red and blue paint, some giant stones, and kitchen brooms to play pick-up curling in the winter.

I Made Rangoons and Played Mahjong with Kenjack's Girlfriend's Family

I Played in Eddie's Bocce League

We Took a "Fan Powered" Boat to Chicago's PLAYPEN

EXTRA RAW: THE MAKING OF RAW DOGGIN' WITH TANK

A DAY IN THE LIFE OF A LOBSTERMAN

Caligula Was One Twisted Dude | DONNIE DOES HISTORY (Feat. Large)

24 HOURS IN WHEELING WITH ANUS

Conquest of the Aztecs: The World's First Alien Invasion

What I Learned at my First Professional Polo Match

PIRATES WERE TERRIFYING | DONNIE DOES HISTORY