So for those of you that didn’t catch yesterday’s tournament or didn’t want to watch a bunch of idiots play video games for four full hours while at work, that was the day that was at Barstool HQ.

First off, shout out to Young Pageviews for taking down the tourney. Any win that you can get in a Barstool competition feels great since you are surrounded by hyenas ready to pounce at your first misstep. 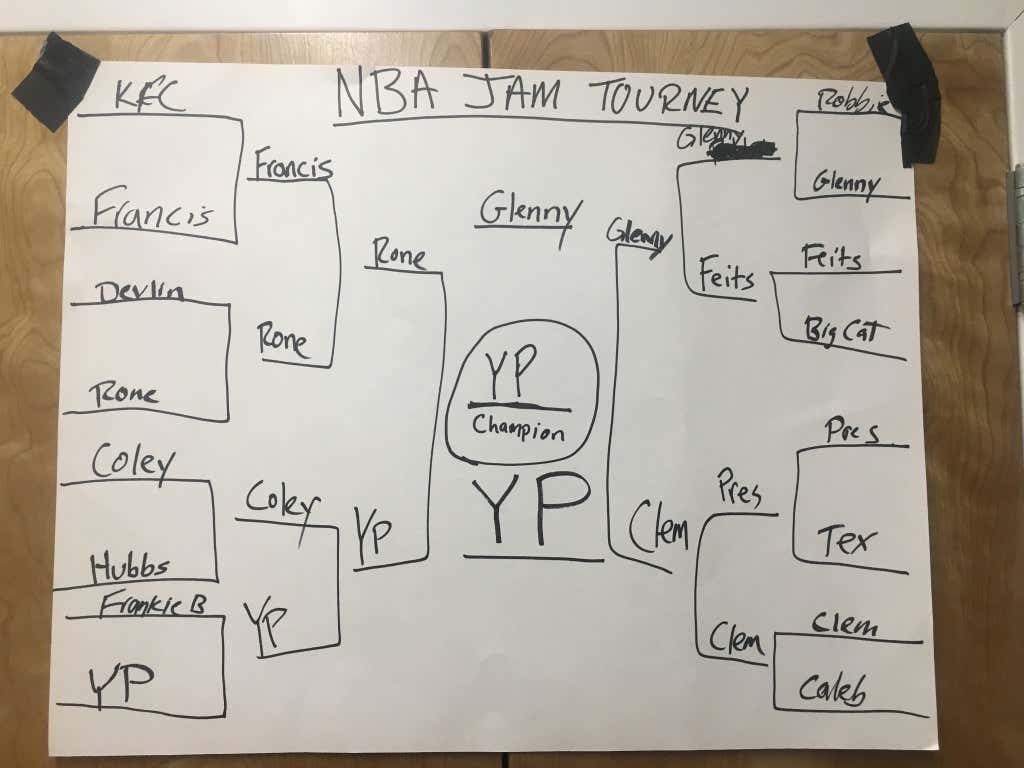 Second of all, a hat tip to Big Cat for keeping it together after finding out that the Cubs traded for Jose Quintana while streaming live on Twitch.

Tex for being Tex

Of course, I must give a ton of credit to myself and Rone for not killing ourselves after losing Final Four games in these fashions.

If people wanted to know what being a fan of the 90s Knicks was like, there it is. Grabbing defeat from the jaws of victory in the most painful way possible.

And finally a sincere shout out to the people that watched us jabronies live and to the 15 other content guys that had a million things going on but took time out of their schedule to play because it’s all about #TheTeamTheTeamTheTeam here.

Scott Hanson Knows A Good Octobox When He Sees One - #CollegeGamingChampionship Week 5 Rec...

Is Fortnite Officially Back?

Which Barstool Simpletons Should Be Banned From Real Life After Playing 'Among Us'?

Yung Gravy Stops By To Smash And...Work For Barstool?

The Official Balls Review of Fall Guys Season 2 Has Arrived

The Undertaker's Wrestling Nickname For Brandon Walker Is Something To Behold

The People I Play With: Arizona Cardinals RB Chase Edmonds

How I Carried Hank To A Guaranteed Warzone Victory

Here's Our Official Tryout For 100 Thieves With Nadeshot