Click above to watch my exclusive interview with Lando Norris just days before the Miami Grand Prix! 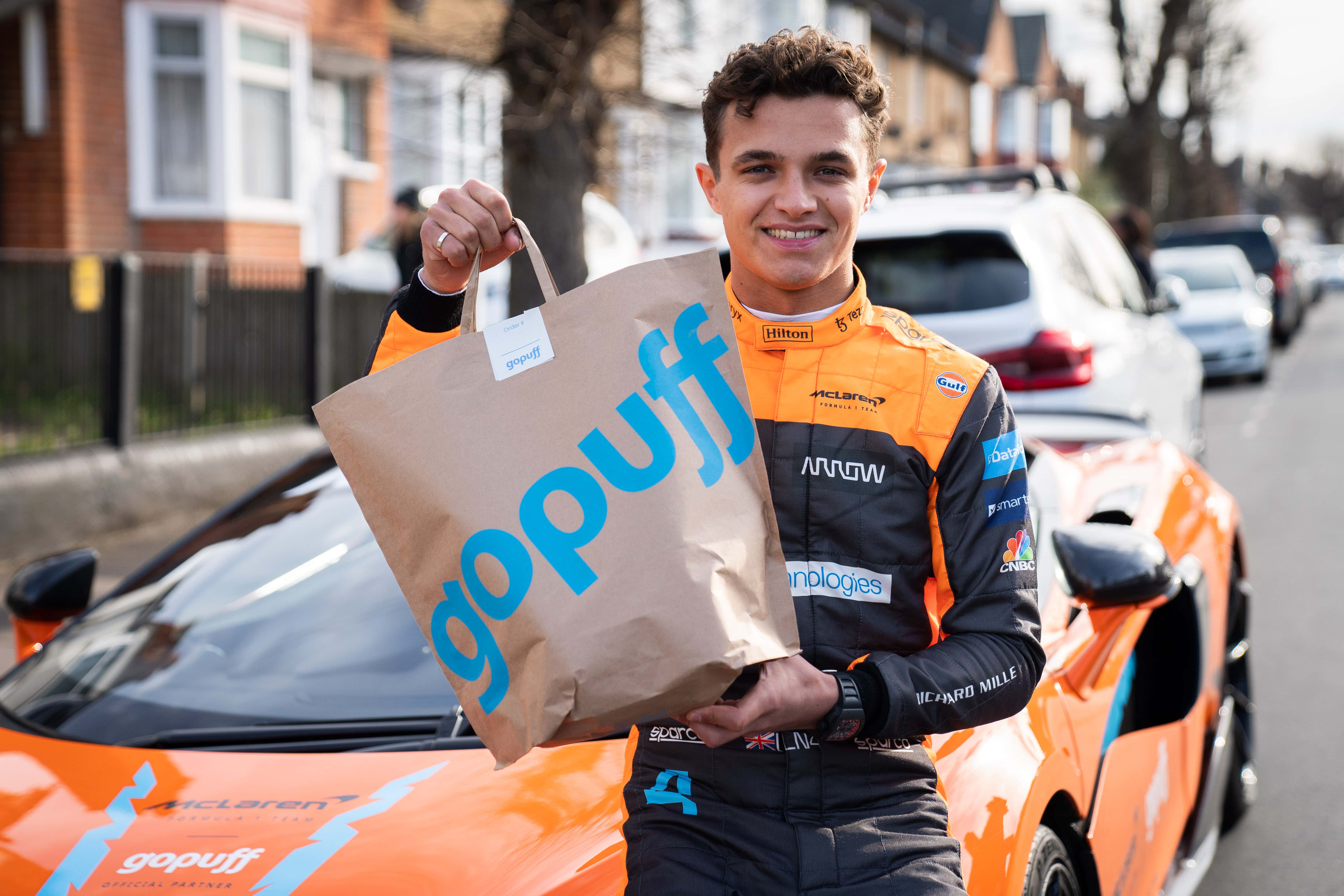 Lando typically doesn't like to eat on race day, but he's a huge fan of grilled chicken wraps with a little bit of pineapple to get something in his stomach for racing fuel. Other than that, he mainly eats any healthy snacks he can find on Gopuff. This immediately made me ask his thoughts on Pineapple Pizza:

Thank god. We can continue the interview now.

Lando is coming a podium and easily his best race of the season after a tough start to the season for the entire McLaren team. Leading up the inaugural Grand Prix, Lando spent some of his free time golfing down in Miami. Now he's no Brandon Walker, but his swing is looking pretty solid:

Lando appeared very excited when discussing racing in an American Grand Prix mainly because "In a good way, the Americans are a lot more crazy than (British F1) fans. I think that's what brings the atmosphere. They love some shouting, some chanting and singing. At times, some food gets thrown at you, but that's alright because I love food."

Earlier yesterday, Lando was announced as one of three F1 drivers that will be on the cover of F1 2022:

Gaming has always been a huge part of Lando's life. He fell in love with racing and competing after constantly racing his Dad in Grand Turismo on the PlayStation 2. In his free time, he loves to stream on Twitch, host virtual Grand Prixes and he even began his own esports organization, Quadrant.

What I found crazy is that even though Lando is one of the cover stars, he found out that he was on the cover at the exact same time as everyone else. I would've thought he would've known in advance like how Madden chooses their cover star - but F1 is a different animal.

This led nicely into my next questions about Cem Bolukbasi, who notoriously went from F1 esports to a Formula 2 sea. Will we see more stories like Cem with the F1 racing sims becoming more and more realistic?

Lastly, I asked him a question I've been wondering for a while… Who would win in an F1 race, CouRage or Nickmercs?

LN: "Jack (CouRage) has the experience from you overtaking him, he's got the experience of a couple of my tips here or there. So, I'm gonna have to go with Jack."

We Placed *FIRST* In The World Series Of Warzone

The School System Has Failed Us...Eddie Doesn't Know The Original 13 US Colonies

Barstool Gametime Will Be Playing In The $300,000 World Series Of Warzone Tournament On No...

CoD: Vanguard Has Completely Exceeded My Expectations So Far

Kelly Keegs Finally Got The Halloween Scare She Was Looking For

The Tottenham Spurs Are Wildly Better Than Arsenal

Coach Duggs Showed No Mercy Against Frank The Tank

This Game Is Super Mario On LSD - Barstool Plays Cuphead

The 'Barstool Sports Vs. Geography' Rivalry Continues With City Guesser

Are Barstool Sports Bloggers Smarter Than A 5th Grader?

Hank Lockwood Is The Greatest Offensive Coordinator In Madden History

Competitive Video Games Are Just As Electric As Traditional Sports

Terrible News: Trent And I Are Being Sued For Malpractice

Which Barstool Employee Would You Choose To Perform Surgery On You, If Your Life Depended ...