A few weeks ago Chaps & I heard rumblings that several of the Rough ‘N Rowdy fighters were talking trash on our nation’s service members, and seeing as we represent 2/3rds of Barstool’s military branch, we decided to trek to NC & look into it for ourselves.

The worst offender of the crowd? A guy too into Greek life to support our American heroes…. Kyle “Brickhouse” *VonFrat. *Not really sure what his last name is but that’s probably it?

As we walked across NC State’s campus to meet up with Brickhouse & see if he really felt this way, we were stopped in our tracks, and we were TRIGGERED.

The conversation that ensued was contentious, and there may have been a slap involved… but did we find any ground? Was it possible he could change our mind?

Watch the video to find out, and if you still want to see him get a beatdown (you will) go to BuyRnR.com & get order the fights going live on Friday, July 19th right outside Fort Bragg in Fayetteville, NC.

Rough ‘N Rowdy is amateur fighters with no defense throwing haymakers in the most action packed 4 hours you’ll ever have. In RnR 9 you’ll get laugh-out-loud, non-stop commentary from Dan “Big Cat” Katz, Large, & Robbie Fox. Plus the insane unpredictable action in the ring, which often includes ankle monitors, bad tattoos, & the occasional backflip. I’ve watched them all & have never been disappointed. Check it out! 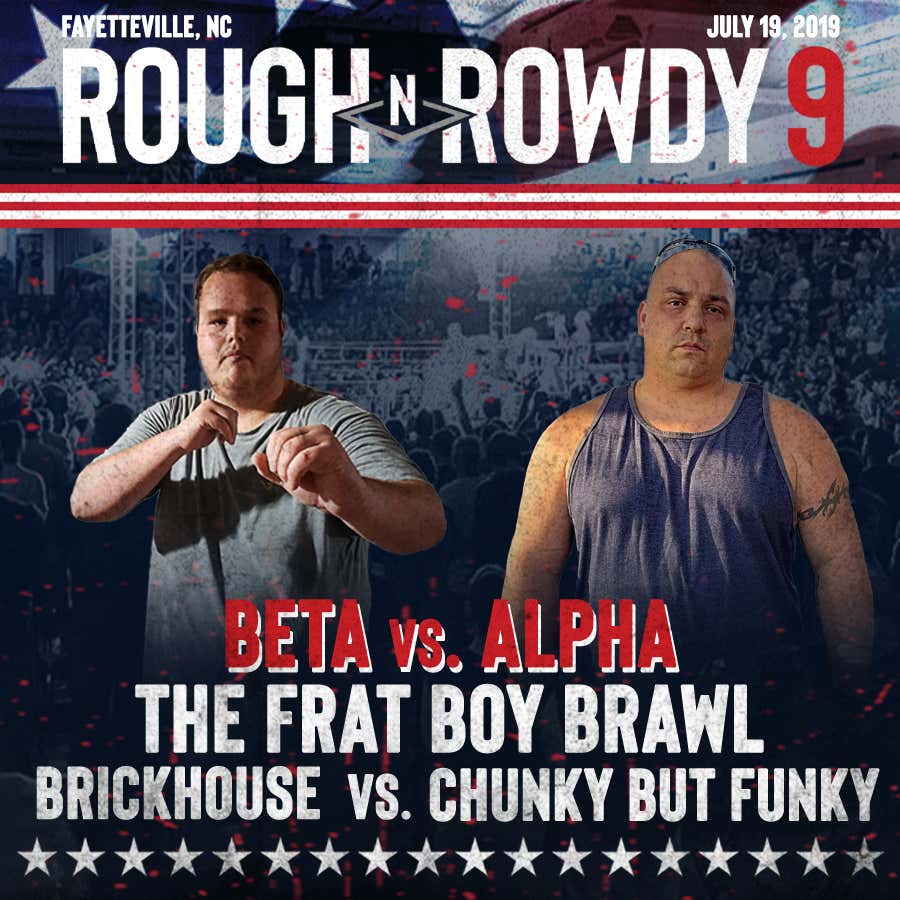 With the US’ Involvement in Afghanistan Coming to a Close, What Does That Mean for Those W...

Fat Shaming Is Back In A Big Way

Toolie Tuesday: Some of You Sons of Bitches Are Skilled

DIY Goofin: Nailing Brads And Chads Like My Name Is Becky

DIY Goofin: Let's Demo A Back Porch (Im Not Good At It)

DIY Goofin: CHANGING THE OIL LEADS TO ME BEING COVERED IN OIL

Simp My Ride: All New Speakers and Some Cut Up Hands