And that’s a wrap (minus a best of Jamol video we’ll drop on Thursday).

A year ago I read an article about two American cyclists in Central Asia that were run over and killed by terrorists claiming to be part of ISIS and remember making a mental note to myself to never travel to that country. Well it turns out my mental notepad is absolute shit as a year later I ended up traveling to Tajikistan anyways after hearing from a friend that it’s a great place to watch the sport of Buzkashi AKA headless goat polo.

I’m glad I had forgotten about that prior terrorist attack tho as I ended up having an incredible time while in Tajikistan, which really goes to show that you can’t judge an entire country off of one senseless tragedy. Tajikistan is actually considered a fairly safe country and the sad but true fact is that the likelihood of getting attacked by terrorists is greater in France. The same definitely can’t be said about Afghanistan though, which is why I decided to hold off on going there despite Jamol telling me I’d be able to get a visa if I wanted to check it out.

Speaking of Jamol, without him by my side, my week in central Asia would have been FAR less enjoyable. When it comes to travel companions, he truly was THE GOAT. Not “A GOAT”, but THE GOAT. He had some trouble understanding this concept. 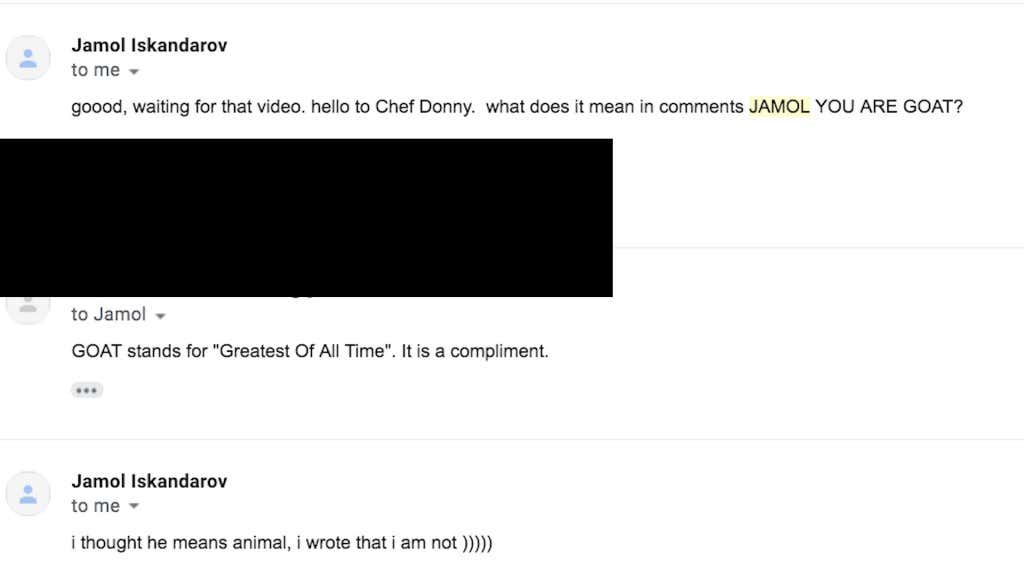 If for some reason any of you guys ever decide to come to Tajikistan, I’m sure he’d be happy to show you around. Here is a link to his guide page.

Unfortunately, Jamol applied for a U.S. visa and was denied so don’t expect to see him at Barstool HQ anytime soon but I definitely plan on doing another trip with him sometime in the future.

If you want to catch up on past Tajikistan VLOGs you can watch them all here. And SUBSCRIBE TO THE YOUTUBE CHANNEL. Godspeed.

P.S. We Did a Donnie DID episode a few weeks back where Donny and I recap our time in Tajikistan. Check it out: www.barstoolgold.com/donnie