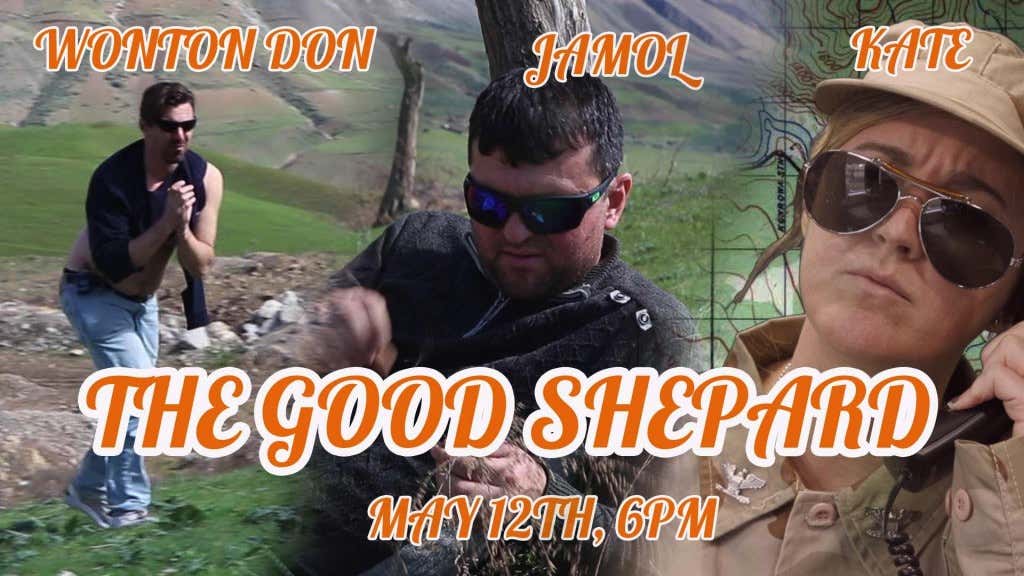 Jamol: “I want to be a Hollywood Actor”

Me: “Well when else are you going to be traveling around with a cameraman and a content creator, lets make a God damn movie!”

And that we did. It took us a total of 20 minutes to film. After the fact I realized there was a part for Kate available so told her to find some army fatigues and a green screen. She obliged. Actually, I asked Chaps first to show some respect to the original military guy at Barstool but he said he could no longer fit into his military uniform and then accused me of trying to make a fat joke. This was his exact response:

No worries tho as Kate ended up crushing her part. The film premieres this Sunday at 6PM and then again on May 20th at Cannes. It’s not a movie in the traditional sense. It’s more a “making of a movie” documentary mixed in with scenes of the actual movie. Pretty innovative approach if I do say so myself. Perfect way to pregame Thrones this weekend. See ya then!

P.S. I showed Jamol the promo poster and this was his response. 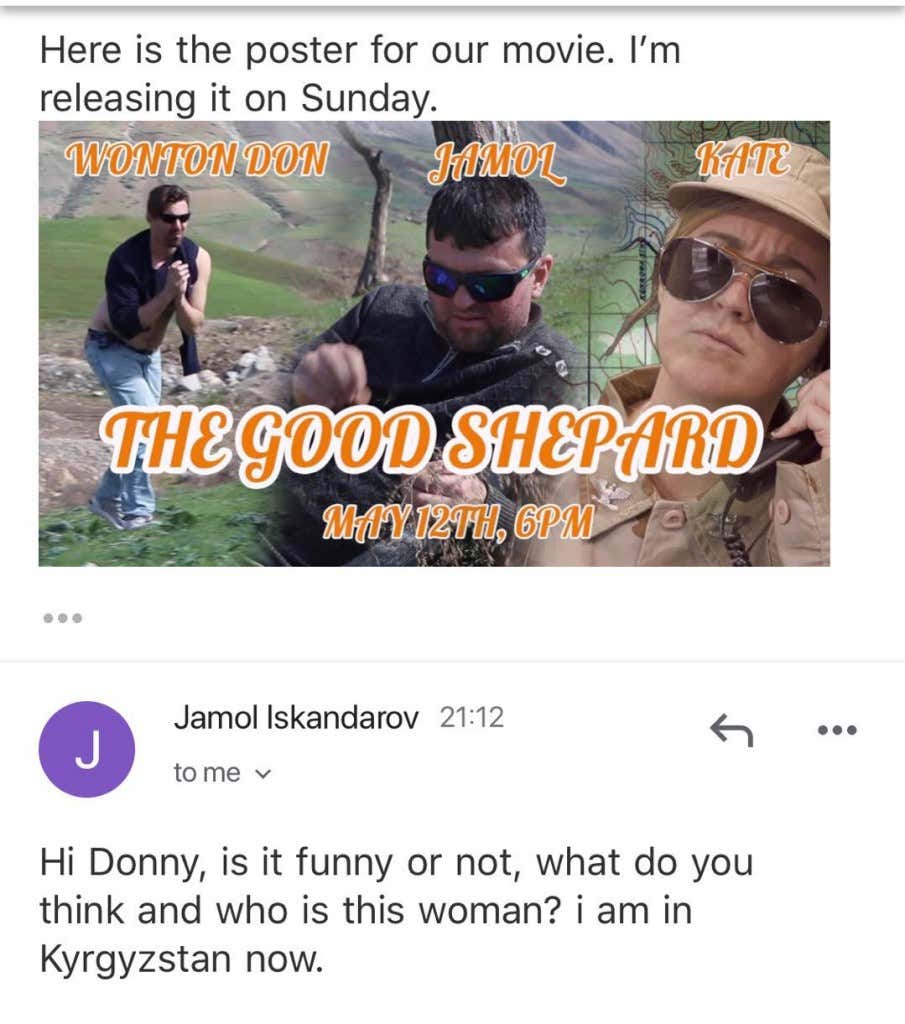